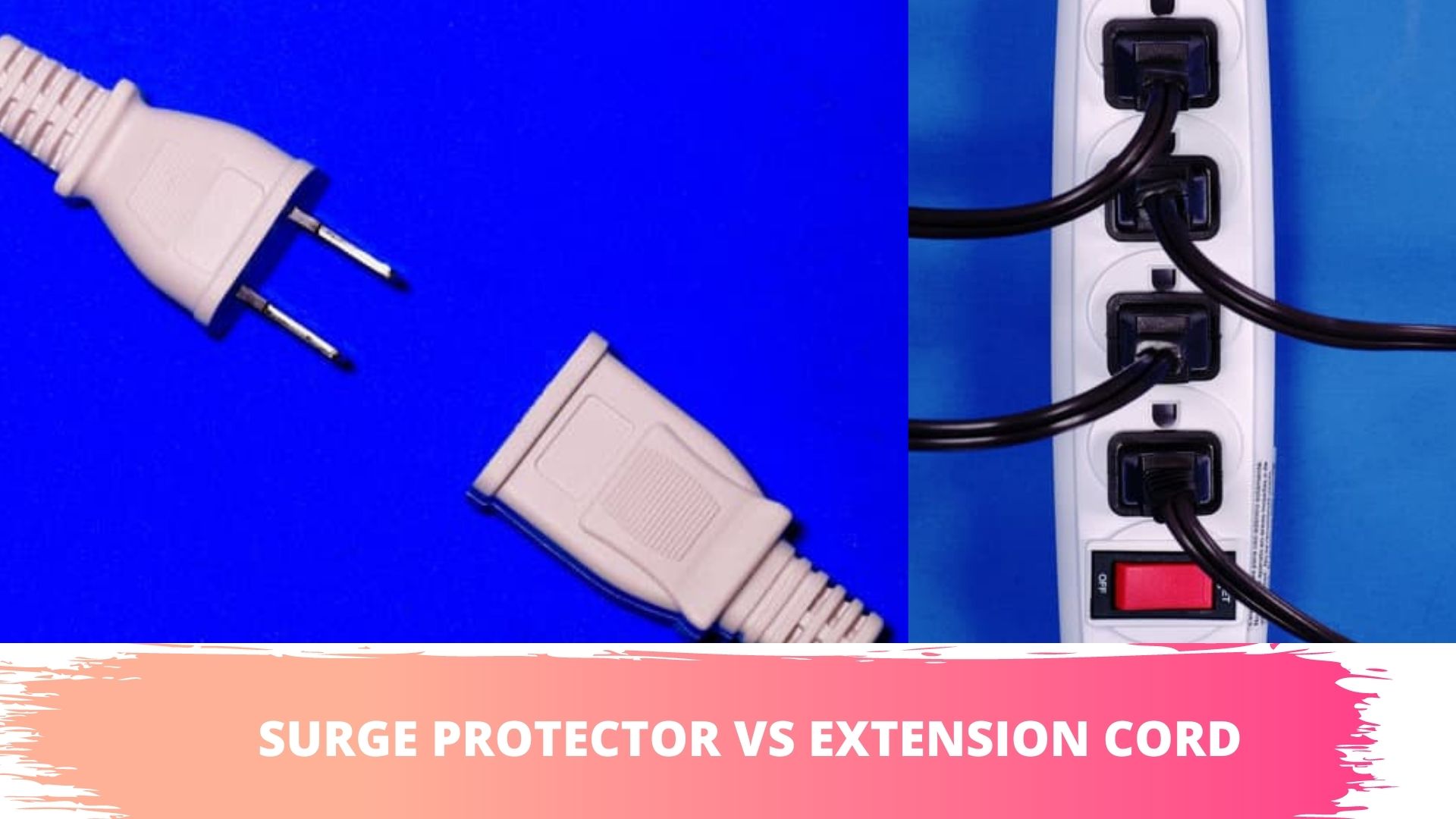 Surge protectors have multiple outlets, just like power strips but they also offer surge protection. Whereas extension cords have long cables that enable them to extend the reach of a wall outlet.

This is why it is so important for consumers to learn to differentiate between the two. As you will soon realize, your decision will have a significant impact on the safety of your electronic equipment.

Is A Surge Protector The Same As An Extension Cord?

Both surge protectors and extension cords qualify as power strips.

A power strip is a device that has an electrical plug, a series of sockets, and a cable. You use it to power multiple gadgets and appliances with a single wall socket.

In that regard, you can probably understand why some people think that they are the same things. However, while they look similar on the surface, their objectives are different.

What Is the Difference Between A Surge Protector And An Extension Cord?

This is technically true for surge protectors as well. That being said, the majority of surge protectors in your store have multiple outlets. In this regard, they have more in common with conventional power strips than extension cords.

A power strip’s central role is to multiply the number of outlets in the vicinity. A surge protector does the same thing. In fact, if a surge protector’s surge protection stops working, you can use it as an ordinary power strip. An extension cord with a single outlet cannot achieve this same objective.

2). Extension cords have a long cable

These two devices play completely different roles. Extension cords come in single-outlet formats because they are not designed to multiply your outlets. Rather, their job is to extend the reach of a wall receptacle.

People buy power strips because they want to increase the number of outlets. They buy extension cords whenever they need to bring an outlet closer.

Surge protectors are designed to perform one specific function: they protect gadgets and appliances from spikes and surges.

It depends on the setting. You have three consideration to account for where safety is concerned, namely:

1). Surge protectors are best for surges!

When it comes to plugging your appliances into power strips, a surge protector is safer than an extension cord. Surges can occur for any number of reasons, including lightning strikes and faulty wiring. Some people have to defend against brownouts as well. If you want to protect sensitive gadgets, a surge protector is the safest option. A conventional extension cord cannot help you.

2). Extension cords are susceptible to Overloads

3). Extension cords are good for Daisy-Chaining

Do Extension Cords Have Surge Protection?

The surge protector VS extension cord debate is important because they play different roles. Extension cords have long cables that enable them to extend the reach of a wall outlet. Surge protectors have multiple outlets, just like power strips. But they also offer surge protection.

You can get extension cords with surge protection features. But if you have to choose between the two, the surge protector is the better option because it protects appliances from surges and spikes.