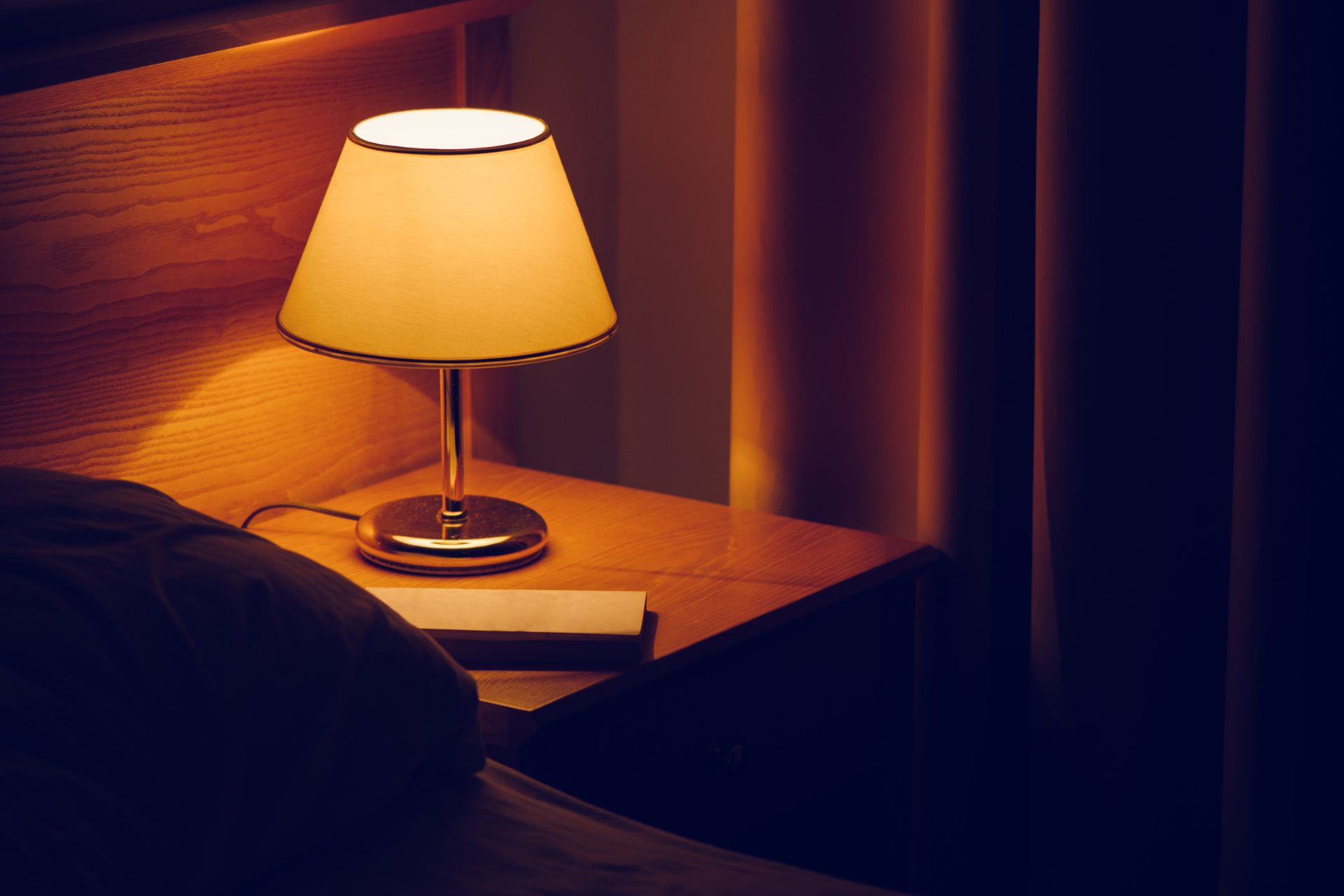 Touch-sensitive table lamps are exactly what they sound like. You activate them through touch. You don’t have to flip switches or pull cords. But are these lamps as convenient as everyone claims?

Why Does My Touch Table Lamp Keep Coming On By Itself?

Loose connections are the bane of every electronic device on the market. You can’t avoid them. Some lamps have loose connections from the start. But in others, the connections can become loose because you mishandled the light.

Either way, the lamp malfunction once the heat from the bulb exacerbates the loose connections. It will turn on or off unexpectedly, even when you haven’t touched it.

Touch lamps work the way they do because they are incredibly sensitive. The sag in voltage will make the device think that someone touched the housing. Some people have noticed similar occurrences whenever they connect their phone or laptop charger to the same outlet as the touch lamp.

But you can’t expect a layperson to identify this problem. It would never occur to them to blame this issue on a sag in the voltage. They are better off consulting a technician, preferably one that understands touch-sensitive lamps.

Many local technicians have never handled a touch table lamp. They don’t even know how these devices work.

Have you given radio frequency interference any thought? Most people don’t think about RFI and for a good reason. The concept doesn’t influence their lives. But if you have a touch table lamp, you should read about RFI because it can impact the operations of your device.

RFI on phones and computers is so common in residential settings. You can test this theory by taking the RFI source away.

If the lamp’s strange behavior dissipates, you can conclude that the RFI was the problem. You don’t have to eliminate the RFI sources. For instance, you can’t just throw your phone away because it keeps triggering the lamp’s sensitive functions.

Try to keep it as far away from the lamp as possible. That should be enough to mitigate the side effects.

Have you considered the age of the lamp? I want you to remember that touch lamps eventually wear out. Their circuitry will fail as they age.

This is problematic because these devices use the change in capacitance to determine whether they should turn on or off. An aging lamp will become more sensitive.

As a result, it will respond prematurely to everything from shorts to power surges.

Do you have pets? Remember, touch lamps respond to touch. You can turn them on by touching the housing. But don’t assume that touch lamps will only respond to the hand of a human being.

If you have a pet like a cat or a dog, the animal may unknowingly activate the lamp by touching it in your absence. Unless the light turns on by itself while you are watching, you cannot rule pets out as a potential cause.

When Should Touch Lamp Be Activated?

Touch lamps should only activate when you touch them. They use the principle of capacitance. You can change a lamp’s capacitance by touching it.

The lamp responds to this change by turning on or off. A light that turns on without you touching it is a cause for concern.

Is It Safe To Use a Table Touch Lamp That Turns On And Off By Itself?

Touch lamps are as safe as they come. They are low-voltage devices. Some laypeople avoid them because the notion of activating a light by touching it frightens them. They expect the device to electrocute them.

But those worries are unfounded. Naturally, there are plenty of exceptions. For instance, if you look hard enough, you will find examples of touch lamps that caused fires.

TheStar gave one example of a specific ceramic touch lamp that was recalled after an overheating incident. The retailer sent out warnings to customers alerting them to the overheating hazard associated with the device.

They offered full refunds to anyone that wanted to return the lamp. You can also find instances of touch lamps that led to electrocution. However, most of those incidents occurred because of poor wiring.

The contractors failed to comply with the electrical regulations and requirements in their region. Therefore, you cannot blame the touch lamp for what happened.

Naturally, like every electronic device, a faulty touch lamp can cause serious harm. But for the most part, touch-sensitive table lamps do not have a reputation for injuring consumers.

Even if the lamp turns on and off by itself, it won’t harm you. The electrical draw is too low to kill you. But if you have concerns, talk to an expert. At the very least, they can look at the wiring to determine whether or not you have a reason to worry.

How Do I fix My Touch Control Lamp That Turns On and Off By Themselves?

If your touch-sensitive lamp is misbehaving, you don’t have to worry about a fire or electrocution. Incidents of a touch table lamp starting a fire are very rare. But that doesn’t mean you should ignore this situation. Take a moment to troubleshoot your light.

Start by performing a basic inspection. I want you to look at the cord. Pests can gnaw on the jacket, exposing the conductors. Once that happens, the lamp will become an electrocution hazard.

A contractor can fix a damaged cord, but only if you ask them. Otherwise, they will push you to get a replacement.

If the cord is okay, consider the outlet. Does it work? Is it causing interference? Connect the lamp to a second outlet. If you have another light, you can also plug it into the first outlet.

If the outlet is at fault, inspect it. Look for worn-out wires, burn marks, poor wiring, and the like. Any layperson with a basic understanding of electricity can rewire or replace their outlet.

Of course, if you think you need help, don’t hesitate to hire a professional. Many laypeople won’t remember to de-energize the circuit.

If the outlet is okay, turn your attention to the bulb. Look for loose connections and broken filaments. Don’t forget to remove the bulb. You must inspect the brass tab.

If the lamp is still malfunctioning, you should make your inspection more thorough. Although, most homeowners cannot proceed past this point. You need to disassemble the lamp to reach the wires and terminals inside.

This is the only way to identify loose connections inside the lamp. And if you identify damaged wires, you need a technician to fix or replace them. As you can see, you are better off taking the lamp to a professional.

A technician can implement the solution which involves wiring inductors in series with the touch connection.

They can also rewire the lamp to bypass the touch function. Most homeowners don’t realize that eliminating the touch feature is an option. You can make some basic modifications if you want to use the touch lamp as an ordinary table lamp.

This makes the device less convenient. But it is cheaper than buying a brand-new lamp. Admittedly, some touch table lamps are beyond repair. They have irreversible faults that can turn them into a fire or electrocution hazard.

If a technician identifies these dangerous faults, don’t hesitate to replace the lamp.