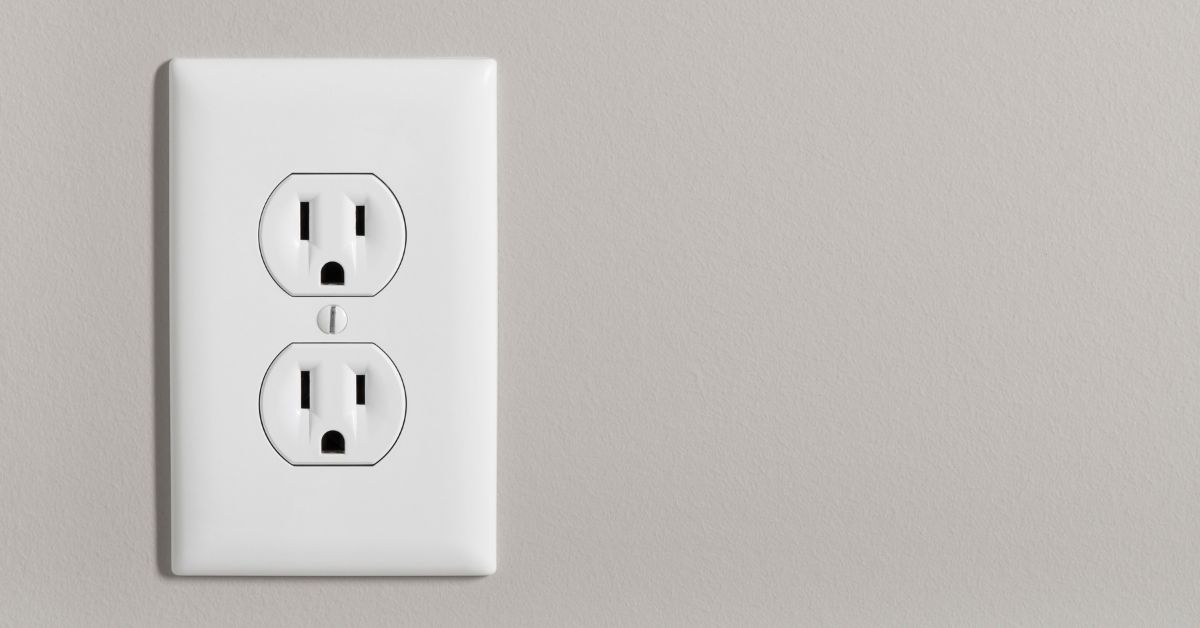 US outlets are not all the same. If you have ever replaced the outlets in your home, you already know this. Identifying and understanding the different types of outlets is very important because it will affect the types of appliances and plugs you use.

Different Types of US Electrical Outlet

Generally, the US uses Two or Three-prong outlets. They will normally be 15A-120v, 20A-125V, or 20A-250V. These outlets can be switched, tamper-resistant, smart and GFCI/AFCI protected.

The Standard Electrical Outlet In US is 110V

Three prong outlets use three prongs. They have a neutral slot, grounded slot, and hot slot.

The two-prong outlet has two prongs: a neutral slot and a grounded slot. Two-prong plugs are somewhat dangerous because they do not use a grounding wire.

Your electrician is unlikely to use this categorization. If you ask them to name all the types of electrical outlets in the US, more than likely, they will mention the following:

15A outlets are common in older homes. Some of them use two prongs. Others have three prongs.

20A outlets are used to operate appliances and devices that have higher power requirements. That includes items that work in the kitchen and laundry room, such as dishwashers and washing machines.

You can identify them by the small horizontal slot next to the vertical slot (Grounding).

Outlets tend to mirror their circuits. Most homes in the US use either 15A or 20A circuits.

15A circuits are normally paired with the lighting. 20A circuits, on the other hand, work with general-purpose receptacles. You can add 20A outlets to dedicated circuits.

These outlets are even more powerful than their 20A 120V counterparts. They are used to operate bulky equipment with higher electrical requirements. You can’t just replace your normal 20A 120V outlets with 20A 250V outlets. You need a suitable circuit.

The switched outlet has an ON/OFF switch. It allows you to disconnect an appliance from power without taking the plug out.

GFCI outlets have become very common in the last few years because the NEC expects consumers to add them to damp locations like the kitchen, bathroom, and garage. They are easy to identify because they have ‘TEST’ and ‘RESET’ buttons.

When GFCI outlets detect a ground fault, they respond by tripping, disconnecting the power, and protecting the user and their equipment from an electrical leak.

AFCI outlets are not the same as GFCI outlets. But they are just as important. AFCIs are designed to combat arc faults rather than ground faults. They also shut the power in the outlet off, protecting the user and their appliances.

Smart outlets are the future. People associate the term ‘Smart Outlets’ with receptacles that feature USB outlets. And that is true. You can use smart outlets to charge a phone using a USB cable.

But smart outlets are even more technologically advanced than that. Besides monitoring their power usage, homeowners can use the internet to control their outlets from a distance. You can also schedule the outlets to shut on and off.

Have you seen those outlets whose slots are covered with shutters? They are called ‘Tamper-Resistant Receptacles’. They have gained a lot of traction in recent times because they protect children. A child is less likely to push a metal object into the slot of a tamper-resistant outlet.

Some adults hate them because they are somewhat complicated to use. In some cases, you have to shake the plug to push it into the outlet. Many homeowners have tried and failed to use tamper-resistant receptacles.

But that hasn’t stopped their use from growing because parents appreciate the protection they offer to children.

These are not the only outlets in the US. Manufacturers invent new outlets every single day. The market is filled with specialty receptacles that utilize unique safety features and functions.

But the categories above are the most important and they will inform your selection the next time you go shopping for outlets.

The US first created its 120V power grid. When numerous European nations adopted the 220/240V standard because it was a more efficient distribution system, the US remained loyal to their 120V supply because their power grid was already established. It would take too much time, and too much money, to replace it.

The UK had a smaller power grid. Replacing it wasn’t quite as cumbersome. Because the US has a 120V power supply, they use 110/120V outlets.

However, people who think that the US has refused to adopt the 240V standard like their European partners are wrong.

American households have 240V lines at the service entrance.

But most of the devices that an American home uses do not require 240V, which is why power distributors create split phases, transmitting power on two legs. A home can use either leg to provide 120V current to ordinary appliances using a 120V outlet.

But if you have larger hardware that needs more power, you can access the full voltage.

P.C. Richard and Son have pointed out that many people refer to their plugs as either 110V or 120V. But they have the same capacity. You can use them to run the same appliances.

If you want to know why Americans use 110/120V outlets when their closest ally (The UK) prefers 240V outlets, it is because the US and the UK have different power supply standards.

Pros Of US Wall Outlet

Have you ever stopped to wonder why anyone would use 110/120V outlets? They have several benefits that make the receptacles an attractive addition to your home, for instance:

1). Most 120V outlets in the average US home are three-pronged. They have a ground wire that can redirect dangerous currents to the earth if a malfunction occurs.

2). Hunker has also pointed out that modern 120V outlets can accommodate polarized plugs.

Cons Of US Power Outlet

120V outlets are not perfect. For all their strengths, they have several weaknesses, including:

2). You can operate fewer appliances with 120V outlets. Black Dog LED makes the same argument. From what they have seen, people are more likely to use 240V in a garden because all their equipment cannot run on 120V.

4). You need more current to run equipment on a 120V power supply. The higher the voltage, the lower the current needed.