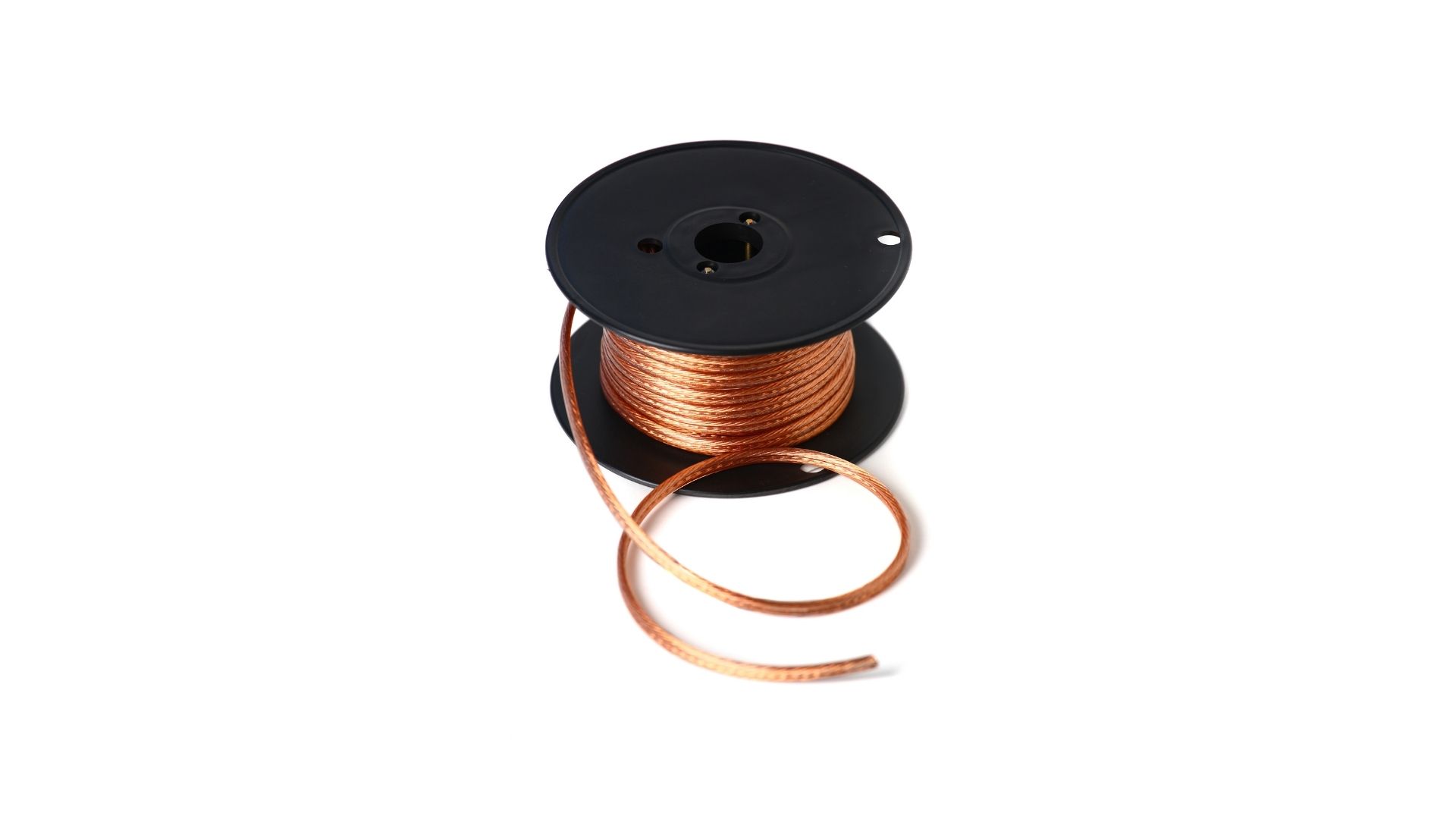 If you own a speaker, you know that the wires come in different colors. You could also look at the stripes, ridges, or markings.

Which Side Is Positive and Negative On Speaker Wire?

You don’t have to worry about the polarity. It is more important to maintain consistency. In other words, the same wire should connect to the same terminals on the speakers and amplifies.

Many people are hesitant to take that advice because they expect poorly wired speakers to explode. But that is not true. Poor wiring is an inconvenience, but it isn’t necessarily dangerous.

That being said, you are better off connecting the positive and negative wires to the appropriate terminals. Otherwise, the speakers won’t work. Every professional you consult will ask you to check the manual.

Every speaker system has a manual that reveals the configurations consumers should follow when they wire these devices. The manual will tell you everything you need to know.

That includes showing you the polarities of the wires and explaining the consequences of poor wiring. If you bought a second-hand system, you probably don’t have access to a manual. But if you can identify the serial number of the speaker system, you can use it to locate the online manual on the manufacturer’s website.

The last resort is to contact the manufacturer. Ask them to tell you how the wiring polarity works. Some offer technicians who can visit your house to configure your speaker system in person.

But that won’t help you. You need to know how to identify the positive and negative wires for yourself. Otherwise, what will you do if the technician is unavailable?

How To Find Positive and Negative On Speaker Wire?

If you don’t want to configure your speakers because you don’t know the polarities, the methods below will show you how to differentiate between the positive and negative wires:

Look at the colors. Many manufacturers assign colors to different polarities. It is imperative that you check the manual to determine the meaning of each color.

If you don’t know what the colors mean, they can’t help you. You are just as likely to mix up the polarities.

Silver and Copper Speaker Wire, Which Is Positive?

Copper is negative while silver is positive.

This method is not always effective because some wires are plain. They don’t have any specific colors. This is why many people struggle to identify polarity. Their speaker wires don’t have a color.

Black and White Speaker Wire, Which Is Positive And Negative?

Black cables are negative, while the white ones are positive.

Black and white wires are similar to their silver and copper counterparts. They simplify the process of identifying the polarity.

It is worth noting that some speakers don’t use black and white wires. They may use blue and white or black and yellow. You may also encounter green and white or yellow.

This shows you the vital role the manual plays. Manufacturers do not have to follow a specific color-coding standard. You expect them to use colors that technicians have seen before and understand. But they are free to use whatever colors they want.

Therefore, you shouldn’t assume that all black and white wires are negative and positive, respectively. Use the manual, especially if you bought your speakers from a foreign region.

Red Or Black Speaker Wire, Which Is Positive?

The black wire is typically negative, whereas the red wire is positive.

But again, don’t expect every speaker to use a black/red wire combination. Some speaker systems mix up the colors and polarities. Don’t assume that every red wire you see is positive.

Try to confirm your suspicions before you make any potentially dangerous decisions. Look at the manual or, at the very least, talk to a technician.

Blue and Grey, Which Wire Is Positive?

Grey wire is the ground and the blue wire is negative.

Green And Blue Speaker Wire, Which Is Positive?

The green wire is negative. The blue wire is also negative in many situations.

Look at the markings on the wire. Does the wire have stripes?

Cables having stripes connect to the negative terminal. Expect a solid-colored wire and a striped wire in situations of this sort.

Some wires are clearly labeled. You can see the ‘+’ and ‘-‘ signs at each end. In other words, you don’t have to identify the positive and negative wires. The wires will tell you everything you need to know.

4). Get A Polarity Testing App

Get a polarity testing app. Connect the wires to the best of your ability before plugging the audio output into the phone. If you bring the phone to the speaker, the app will use the phone’s microphone to measure the impulses and determine the polarity.

If you connect the wrong wires to the wrong terminals, the speaker will tell you because the audio it generates won’t sound right. It might be dimmer than expected, or you may notice strange interruptions.

This approach forces you to experiment. Connect the wires anyway you want, listen to the sounds, and then make adjustments if you don’t like what you hear. If the terminals have labels that reveal their polarity, you can use this technique to identify the negative and positive wires.

What Happens If You Mix Up Positive and Negative Speaker Wires?

Reversing the polarity by mixing up the positive and negative wires will cause the speaker to move inward instead of outward or outward instead of inward, producing the opposite sound to what you expect.

This isn’t an issue if you have one speaker. In fact, you may not even notice. The same cannot be said for situations with multiple speakers, especially if you correctly wired one of those speakers.

Depending on the type of speaker you have, it may fail to produce the bass you want. Instead, you will record bland audio. Some people have complained about higher, unfocused frequencies that deliver a weird treble.

Overall, your biggest concern is the quality of the sound. You won’t get the audio quality you expect. However, don’t expect reversed polarities to damage the speaker.

But that is an exaggeration. You don’t have anything to worry about where the health of your speaker system is concerned. This should encourage you to experiment. If the sound is terrible, don’t hesitate to remove and reconnect the wires to new terminals.

You will eventually stumble upon the correct configuration if you keep switching the wires. Although, you could save some time by looking at the manual and getting the setup right the first time.

Does Polarity Matter With Speakers?

Some people are hesitant to experiment with speaker wires because they are afraid. They expect the cables to shock them. But that concern is also baseless.

Yes, speaker wires carry a charge. They use electricity to create connections. However, you to worry about the current they transmit because it is too low to do any serious harm.

How To Connect Speaker Wires Correctly?

This goes without saying. You have to identify the negative and positive wires beforehand. Otherwise, you won’t connect the individual wires to the correct terminals.

Fortunately, as you now know, this practice is not dangerous. If you wired the speaker poorly, pull the wires out and connect them to different terminals.

How Do I Know If I Wired Speaker Wires Correctly?

The sound will tell you everything you need to know. Turn the speakers on and listen to the audio quality. Also, you can place the speakers next to each other and run a mono signal through them to see if the sound is normal.

If you reversed the polarity, you should get a quieter sound. The polarity won’t concern you if you like the audio quality. People only complain about the polarity when their speakers fail to perform as expected.

Speaker wires are not dangerous. They carry a current, but the voltage is too low to shock the consumer. Therefore, these conductors are safe.

What Happens If Positive and Negative Speaker Wires Touch?

The wires are not a danger to you. Their current is too small to do serious harm to the human body. However, the wires can harm your speaker system. Don’t let them touch. If they do, you will short out the amp.