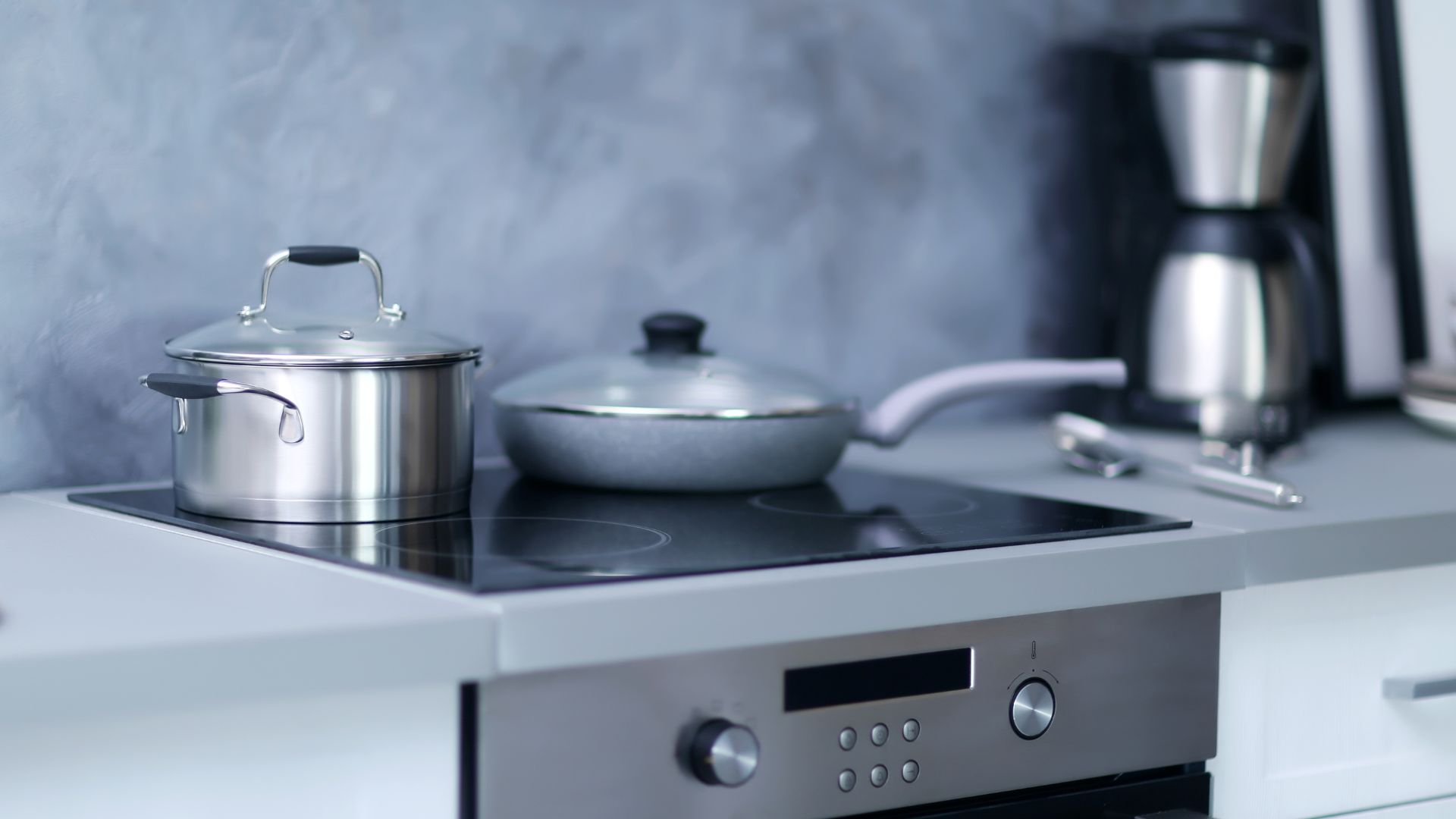 You don’t have to panic because your electric stove turns on and off. The guide below will tell you why this phenomenon occurs.

Why Does My Electric Stove Turn On And Off?

This is perfectly normal, especially for modern electric stoves with sophisticated features. If you consult your manual, it will tell you the following:

This feature is not unique to GE electric ovens. Samsung stove has a similar attribute. Their smooth top cooking surface has a switch that protects the burners from extreme temperatures by cycling on and off.

Consult the manual, especially if you have an older electric stove. Make sure your appliance has this feature. If it doesn’t, the stove is turning on and off for different reasons.

Do I Have To Worry If An Electric Stove Turns On And Off Automatically?

What if the manual doesn’t mention this phenomenon? What if it doesn’t say anything about the appliance turning on and off? This should concern you. Troubleshoot the electric stove to find out what has gone wrong. The following factors can cause a stove to turn on and off:

According to NPR, many organizations encourage the use of electric stoves because traditional coal-based stoves kill millions of people. However, electric stoves are just as dangerous. New Mexico State University blames these devices for overheating and starting fires.

Fires are more likely to start when people leave their electric stoves on overnight or during the day when they go to work. Sometimes, the stoves ignite flammable materials in the area. In other cases, they develop malfunctions.

Manufacturers have responded by introducing safety features that turn the stove off if it goes unused for a specific duration. Some stoves will turn off after a few minutes. Others will remain active for up to 12 hours. The manual will mention these automatic shut-off systems. A stove that turns off in the absence of an automatic shut-off feature should concern you.

Sophisticated electric stoves will turn off when they detect a significant fault, for instance, a defective heating element. Some brands will refuse to turn on to protect the consumer from fire and electrocution hazards.

Stoves with such a sophisticated safety mechanism will generate error codes that identify the source of the fault.

Others will turn off and stay off until you solve the ventilation errors. That includes fixing or replacing the cooling fan.

The control board runs the sophisticated systems behind your stove’s features. Therefore, a defective board will disrupt the appliance’s functions. That includes preventing the stove from starting, keeping it on when you want it to go off, and cycling the device on and off repeatedly.

Electric stoves will shut down to protect you from extreme temperatures. But sometimes, the thermostat fails. It compels the appliance to cycle on and off incessantly even though the temperature is okay.

This is dangerous because you cannot trust a faulty thermostat to respond to high temperatures.

6). Disruption In The Power

Check the plugs and outlets for loose connections. You should also troubleshoot the breaker. The stove will turn on and off if the breaker keeps tripping because of a surge or overload. Loose connections and overloads should concern you because they start fires all the time.

What Should I Do If It Turns On And Off Automatically?

You don’t have to do anything if this phenomenon is part of the stove’s features, especially if you left the appliance on for several hours. But if the device is cycling on and off because of a fault, use the error codes to troubleshoot the problem.

How Do I Know When My Electric Stove Is Going Bad?

Look at the signs. A faulty stove is like a sick patient. It has symptoms that reveal its defects. Keep an eye out for the following:

You have two primary concerns in this area. Your food is either overcooked or undercooked. This usually points to a faulty heating element. Although, the issue can also manifest because of an unreliable power supply. Electric stoves require a specific voltage to operate.

An insufficient voltage will produce unsatisfactory results, such as partially cooked food.

Electric stoves are heavy-duty appliances. You expect them to have a drastic impact on your utility bills. However, a defective stove will elevate your energy bills beyond what you usually see.

Don’t ignore this phenomenon even if you have the money to pay your bills. It shows that something has gone wrong. For reasons you must identify, the stove has become less efficient. Some of those reasons (which include loose connections and bad heating elements) can start a fire if you ignore them.

Electric ovens are not silent. However, you don’t expect them to generate loud buzzing, whining, shrieking, squealing, and other strange noises. Consult a technician if your appliance starts producing a sound you don’t recognize.

You hear inexplicable noises in appliances at the end of their lifespans. This gives you the option of extending the stove’s life by a few months via extensive repairs or buying a replacement. You should replace any stove you’ve had for more than a decade.

Bizzare scents are similar to odd sounds. They signify trouble. You notice some odors whenever you prepare a meal. Others are always present. The most concerning are burning smells because technicians blame them on surges and arcing.

If you are fortunate, you will identify the power cord or outlet as the source of the strange smell. Otherwise, you need a technician to take the stove apart.

Do the controls respond? What happens when you turn the knobs? Can you raise or lower the temperature as you see fit? Does the stove deactivate when you switch it off? Does it start when you turn it on?

Is the screen working? Does it show accurate information? Unresponsive controls and displays are common in bad electric stoves.

Bad electric stoves will keep shutting down. Some appliances will work for a few minutes before going off. Others will shut down the moment you activate them. A sophisticated stove will shut down automatically if it detects a severe fault. This is for your protection.