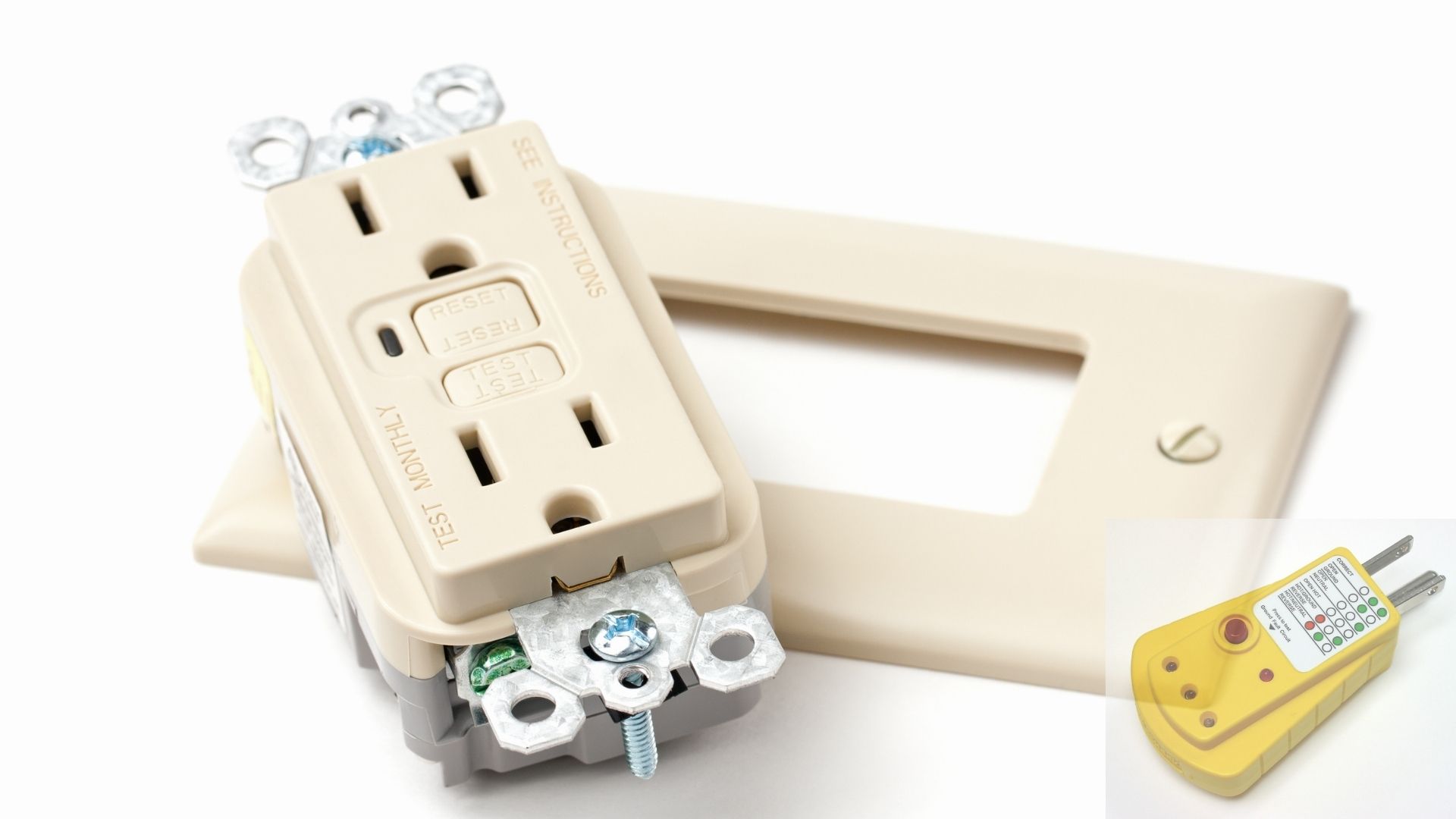 People hate nuisance tripping. The term refers to a situation where a GFCI repeatedly trips even though a ground fault has not occurred. Some consumers would rather eliminate GFCIs altogether to avoid nuisance tripping, especially if a trip in one outlet affects multiple outlets down the line. Such occurrences are annoying. But what about GFCIs that won’t trip? These are worse because you cannot trust them to protect you.

What Would Cause A GFCI Not To Trip?

If a GFCI trips, you must reset it. If you cannot reset the device, it cannot trip. Before criticizing the GFCI for not tripping, make sure you reset it. Don’t assume that you reset the GFCI simply because you pressed the RESET button.

A GFCI can fail to reset because of various factors, including a dead outlet, tripped circuit breaker, loose connections, etc. The GFCI cannot trip until you find a way to reset it.

2). Reset Button Not Pushed All The Way In

Make sure these buttons are working. Maybe the GFCI refused to reset because you did not push the RESET button all the way in. As a result, it cannot trip because you haven’t reset it.

You have two primary problems where the wiring is concerned. First, if you installed the GFCI yourself, you probably wired the device poorly. This is more common than you think. If you miswired the GFCI, it won’t work. If it works, the receptacle may refuse to reset or trip. Either way, you cannot trust the device to protect you.

4). GFCI Reached The End Of Their Lifespan

GFCIs can last ten or more years. That is a long time. However, GFCIs have a limited lifespan. You cannot expect them to work forever. Eventually, the circuitry will wear out, and the GFCI will stop working.

This won’t happen immediately. The device may start by tripping incessantly or refusing to trip. You can tell that some GFCIs have reached the end of their lifespan because they have manifested physical signs such as cracks and burn marks. Others look perfectly healthy until they suddenly stop working.

How Do You Fix A GFCI That Won’t Trip?

1). Press The Reset Button Until Clicking

First of all, make sure you press the RESET button. Push it until you hear a click. The TEST button should pop out. Ask an electrician to check the wiring if the buttons don’t work. If the GFCI was wired poorly, they can fix it.

2). Protect The GFCI From Moisture

GFCIs can go bad if you fail to maintain them. For instance, if you have GFCI outlets outside, use covers to protect them from pollutants like moisture and water.

Test these receptacles after a surge or outage. Invest in GFCI models that automatically self-test. Use weatherproof covers to defend GFCIs near appliances that use water.

If your GFCI has refused to trip, you might be tempted to fix it because GFCIs are more expensive than ordinary outlets. However, you can’t fix a broken GFCI. And even if you could, you won’t trust it to defend against ground faults.

You can hire a professional to resolve loose connections, damaged wires, and insulation. But you cannot fix a GFCI with defective circuitry. In fact, some people replace their GFCIs every three to five years just to be on the safe side.

Don’t hesitate to do the same if your GFCI has refused to trip. The reason doesn’t matter. You cannot risk relying on a GFCI that may not work. You should only keep the defective GFCI if a professional electrician troubleshoots the device and assures you that it can still work.

Will A Plug Tester Trip A GFCI? How?

A plug tester can trip a GFCI. These devices have a test button. They also look like plugs. Therefore, you can test the GFCI by pushing the plug tester into the GFCI’s slots and pressing the test button.

If the GFCI works, pressing the tester’s button will trip it. You can restore the power using the RESET button on the GFCI. You can rely on the TEST button to check newer GFCIs.

In fact, some GFCI models carry out automatic tests routinely. They don’t need the consumer to press the TEST button to ensure that the GFCI works. But if you have an older GFCI, particularly models released before 2006, you cannot trust the TEST button to check the GFCI. You need a plug tester.

GFCI Will Not Trip With Tester – Why?

How Long Should It Take For A GFCI To Trip?

A GFCI trips in a tenth of a second. It can shut the power off before you can even think to blink. This is why people trust the device. You may feel a shock when a ground fault occurs. But the shock won’t last long enough to harm you.

At What Voltage Does A GFCI Trip?

The voltage doesn’t matter. GFCIs watch the outgoing and incoming current, tripping when they detect a significant difference between the two. Therefore, a GFCI’s operations revolve around the current, not the voltage.

How Many Amps To Trip A GFCI?

It takes a difference of 5mA between the outgoing and incoming current to trigger the GFCI. The device observes the current that goes out and returns. If the difference is significant enough, the GFCI assumes that a leak has occurred, which is why it shuts the power off.