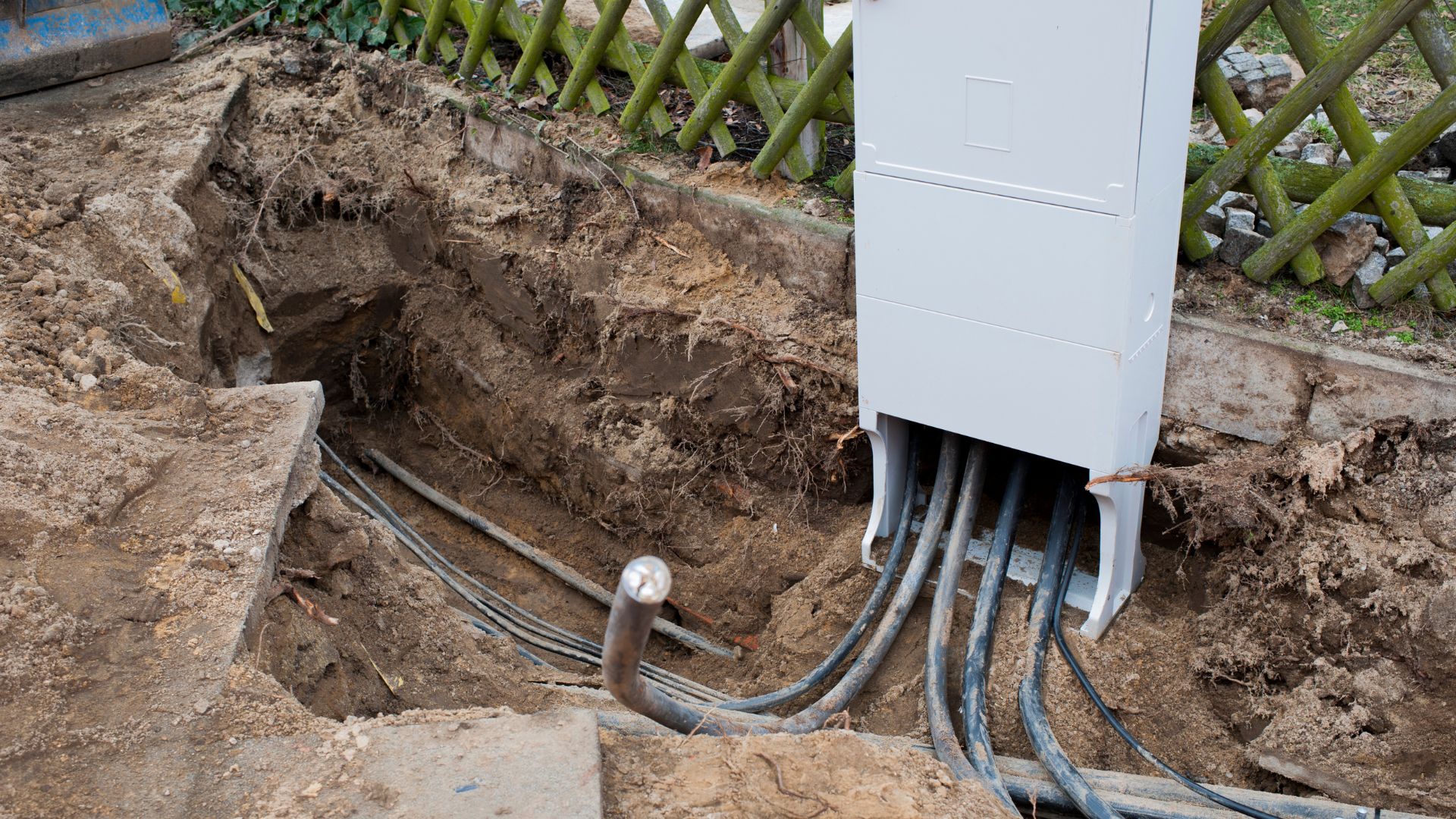 No one would blame you for running electric and gas lines in the same trench. After all, it is the cheaper and more convenient option. But is the practice safe? What do the authorities have to say?

Can You Run Electric And Gas In Same Trench?

Running electric and gas lines through the same trench can attract unexpected dangers. However, you can make this practice safer if you keep the following in mind:

1). Where possible, keep the lines in different pipes. You can probably get away with using the same conduit, especially if you have PVC. But separate tubes are the safer option.

2). Use weather-resistant conduits. Pipes can become hazardous if extreme conditions corrode them, exposing the lines inside. You can trust a weather-resistant tube to repel moisture. Some conduits are strong enough to resist pests.

4). Maintain the 24-inch distance. It is safer to prevent contact between gas and electric lines. This problem does not concern some people because the wires in question have a sheath that protects the conductors.

However, that sheath can wear off. Conduits have the same problem. Factors such as pressure and pests can overwhelm them.

5). I’ll discourage you from twisting and stretching the electric cables.

6). When you install the electric and gas lines, don’t cover the trench without checking for leakages. The last thing you would want is to rip your yard apart after putting everything back together.

You are better off inspecting your work before declaring the installation a success.

7). The depth matters, especially for homes that have a plumbing line. While it can be done, you don’t want to run water, gas, and electric lines next to each other.

The gas and electric lines should be deeper than the water pipe. Aim for 18 inches. Don’t forget the moisture-resistant tap. It isn’t mandatory, but the tarp will increase the lifespan of the lines and their conduits.

8). Don’t install the lines yourself. Hire an expert to assess your situation. They will determine the viability of the project. You can also trust them to create a plan that allows you to install the electric and gas lines without interfering with the operations of the other utilities in the area.

Additionally, the contractor knows the laws of the land. They will ensure that your project adheres to the local regulations. Some regions require homeowners to apply for permits before installing gas and electric lines in the same trench.

Code For Gas And Electric In Same Trench

You would expect the law to frown upon this practice. This is not true in every single situation. Ultimately, your local authorities have the freedom to create their own distinct electric code. They don’t have to adhere to national rules and regulations. This is why you have to check their local regulations before taking action. If your local regulations are silent where this practice is concerned, you’re not out of the woods.

Talk to your service provider. More than likely, they will ask you to keep the electric and gas lines in separate trenches. But most of them won’t compel you to act on their advice.

Therefore, most people are free to run electric and gas lines in the same trench. Of course, just because you can do something doesn’t mean you should do it.

This practice is technically safe. You will learn that many utility companies use the same trench to run gas, electric, and even water lines.

That being said, the safety of the pipes should concern you. What if pests eat through the insulation? If they touch, the electric line will energize the gas pipes, which is a problematic outcome.

This explains the reluctance you see in some contractors whenever you ask them to use a conduit. Conduits are appealing because they keep the lines apart.

But some homeowners are determined to use the same conduit for both lines. They don’t realize that using the same pipe places the lines in close proximity to one another.

Indoor settings are less of a problem. For instance, your contractor is less likely to complain about the notion of running gas and electricity along the same path through the walls or ceiling. The insulation is less likely to wear out because the lines do not have to contend with severe conditions.

But that doesn’t make this practice safe. The absence of proper ventilation behind a wall or ceiling makes overheating a threat. You could start a fire if the wall or ceiling is made of wood.

As you can see, running electric and gas lines in the same trench is a lot of trouble. But you can take certain steps to make this practice safer.

How Far Should A Gas Pipe Be From Electric?

You should keep the gas and electric lines 24 inches apart. This assumes that you want to keep them in the same trench. These measurements apply to sewer lines as well.

If you want water pipes to share a trench with electric lines, aim for 12 inches between the two.

What Utilities Can Be In The Same Trench With Electric And Gas?

You can add gas, telephone, electricity, and cable lines to the same trench. Talk to your service providers. They will advise you accordingly. Some of them may reject the idea of placing multiple utilities in the same trench. However, if they agree, you can save a lot of time and resources.