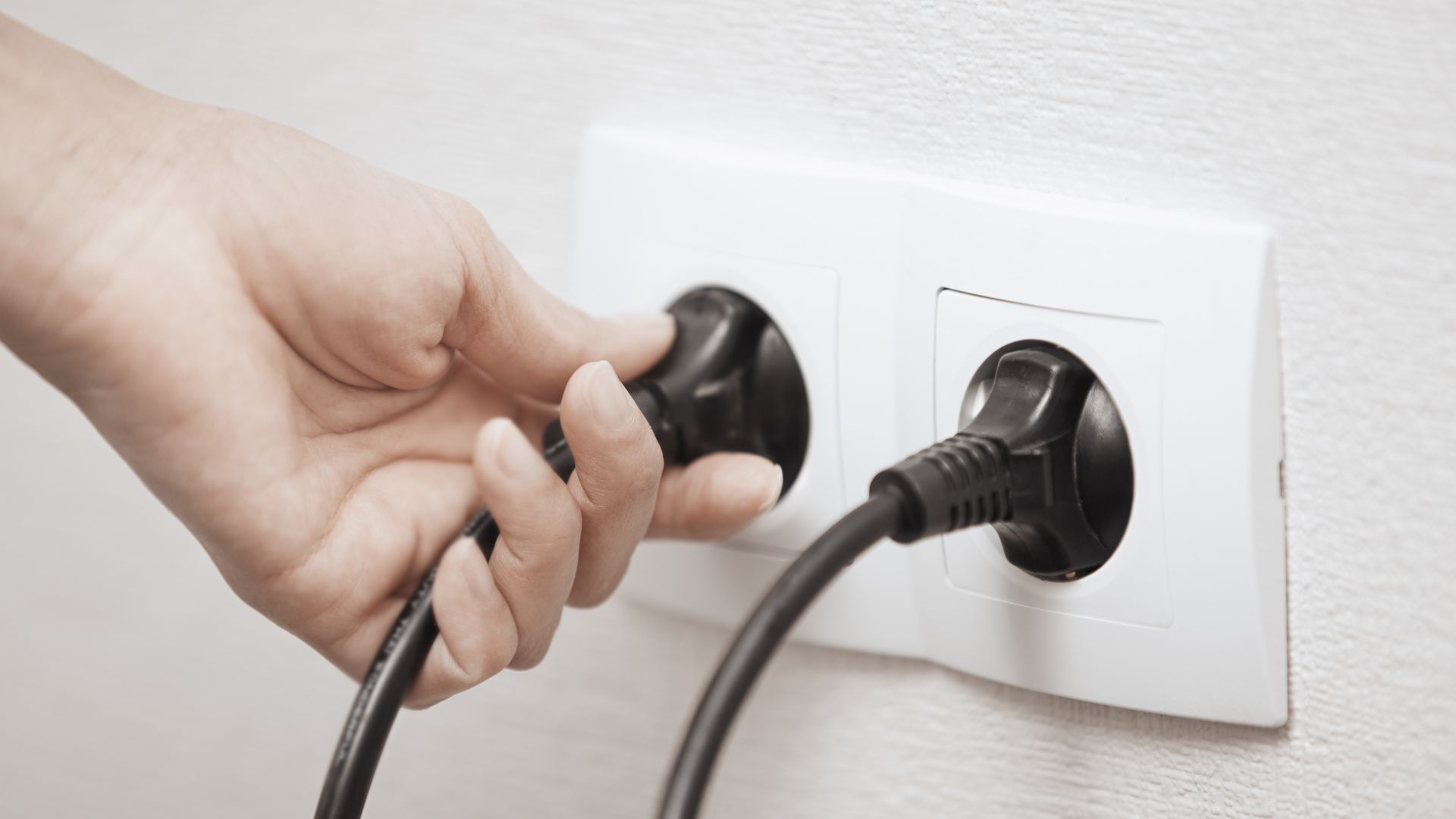 Two-prong plugs can enter most outlets. But that doesn’t mean you want a prong to fall off a three-prong plug. What happens when that prong gets stuck in an outlet? Should you retrieve it? This guide will tell you.

Can You Leave A Broken Prong In An Outlet?

Yes, you can leave it. Broken prongs in outlets are annoying. However, they are more of an inconvenience than a serious problem. You have to be aware of loose connections. Loose connections cause sparks, and sparks can start fires. Look for obvious signs of trouble, such as a cracked faceplate, crackling sounds, and scorch marks.

Talk to a contractor if you have doubts or questions. They can provide clarification where necessary. For all you know, your circuit has a problem that makes a broken prong in an outlet a hazard. However, that is unlikely to be the case. Try to keep the following in mind:

A broken prong doesn’t increase your energy consumption. A prong doesn’t use electricity simply because it is stuck in an outlet. Electricity only flows when you complete a circuit.

A prong in an outlet cannot complete a circuit. If your utility bill keeps increasing, something else is at fault, not the broken prong.

In fact, some consumers remove ground prongs without assistance because they are safe. The neutral or hot prongs are different because those lines carry electricity. The live wire brings the power to the appliance, while the neutral conductor takes that power back.

However, that doesn’t mean the hot and neutral prongs are dangerous to your health or property. If you leave them alone, nothing will happen.

The biggest threat associated with a broken prong comes from the plug. OSHA has warned consumers against cutting the ground prong off their plugs. People don’t remove the neutral or live prongs because the plug cannot work without them.

Unfortunately, the grounding prong is not essential to the plug’s ability to power your appliance. For that reason, people won’t hesitate to remove it to force a three-prong plug into a two-prong outlet.

But removing the grounding prong eliminates the protective mechanisms it offers. You may lose your equipment or your life if a surge or short circuit occurs. In other words, don’t make the outlet your primary concern when a prong gets stuck in the outlet. Consider the plug that lost the prong. Realize that it lost an essential safety feature.

4). Broken Prong Have To Sit Harmlessly In Slots

On its own, a broken prong cannot harm you or your equipment. Nothing will happen if you leave it alone, even though this response is discouraged. However, that assumes that the broken prong is sitting neatly and harmlessly in one of the slots.

This is not always the case. Some prongs will damage the outlet on their way into the slot. In other situations, the layperson will cause even more harm while trying and failing to remove the prong.

What Should I Do With A Broken Prong Stuck In An Outlet?

When a prong breaks off and gets stuck in an outlet, most people take two courses of action:

1). Remove The Stuck Prong From An Outlet

If you have the means, you should take the prong out of the outlet, a process that involves the following:

Be gentle. Some people destroy the slot while pulling the prong out. Pull the prong out straight without wiggling it too much.

What if the prong refuses to come out? In this situation, you have to remove the outlet. Once the outlet is accessible, push the prong out from the back. A stuck prong cannot prevent you from taking the screws off and pulling the outlet out of the box.

If this option fails, if the prong won’t come out, get a new receptacle. An outlet with a stuck prong is useless. It won’t accommodate two or three-prong plugs if it has two slots. If the outlet has three slots, it won’t accept three-prong plugs. Therefore, you might as well get a new one.

What About Using A Plug That is Missing A Prong?

If you lost the neutral or live prong, it isn’t a question of safety. The plug won’t work. You need the neutral and hot conductors for a power cord to transmit a current to the appliance. If you lose one of these prongs, the plug is dead. In that regard, you can argue that the plug is safe.

In the event of a surge or short circuit, the excess current will flow unimpeded through the appliance, potentially destroying it. If you touch the metal casing, the current will flow through your body. People dismiss small volts as a nuisance. They don’t realize that small volumes of current can kill you if they cross your heart and disrupt its rhythm.

Third Prong Broken Off – Is It Safe To Use?

The third prong is the ground prong. It prevents surges, spikes, and short circuits from starting fires and electrocuting you by sending the excess current to the earth. Without that third prong, you are incredibly vulnerable. Thus, it is not safe to use.

To be clear, the plug will still work because the neutral and live prongs are still present. Additionally, the plug is only dangerous when a surge or spike occurs. In the absence of those dangerous occurrences, you can use the plug safely.

But you won’t have peace of mind because you can’t predict surges and spikes. In this situation, you can use three-prong adapters. You connect the plug with the broken third prong to the adapter.

And then, you plug the adapter into the outlet. If you remember to connect the adapter’s metal tab, it will provide the ground connection the plug requires. It won’t work for devices with metal housings or plastic outlet boxes.

Excluding the exceptions above, three-prong adapters are a great solution to a plug that lost its third prong. Without an adapter, the only option is to get a new plug. You can’t fix a broken prong.