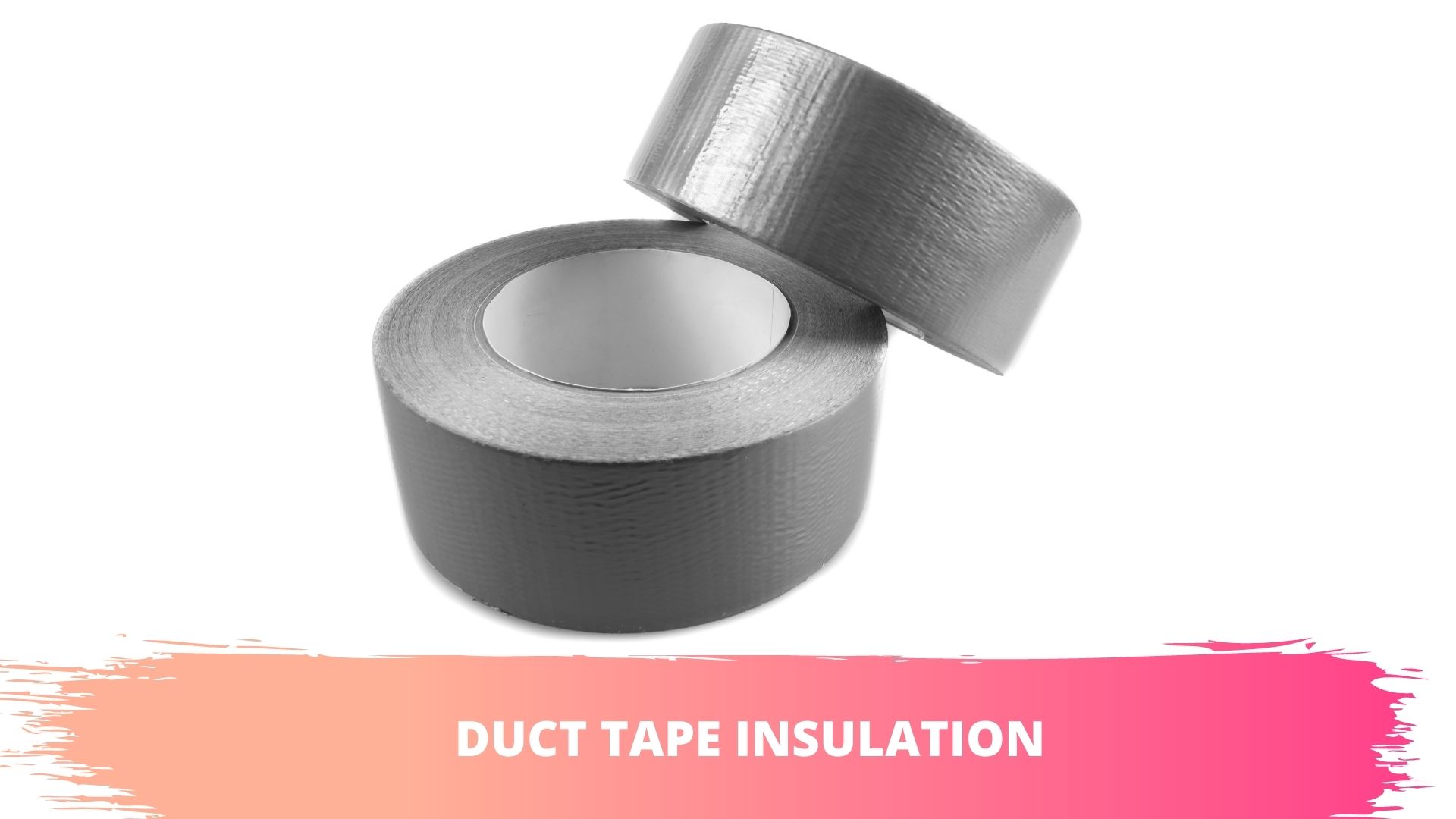 Everyone knows what electrical tape does. You use it to insulate electrical wires and cables. But what happens when you ran out of electrical tape? Can you use duct tape as a substitute? Ultimately, it depends on the type of duct tape and the application.

Duct tape is not electrical tape. Duct tape is a pressure-sensitive item with a cloth backing. It typically features a polyethene coating. This makes the tape strong and durable. It has amazing adhesive strength and decent water-resistant properties.

On the other hand, electrical tape is normally made from PVC vinyl and a pressure-sensitive rubber adhesive. Electrical tape is specifically designed to insulate wires. This is not true for duct tape.

Duct tape has cloth fibres. Admittedly, the cloth isn’t the most conductive of materials. However, if you expose it to a live wire, the current could cause the cloth fibres to dry out before igniting. Duct tape was not designed to insulate electrical conductors.

If you have an exposed wire, duct tape is better than nothing. Duct Tape is flammable in nature.

This threat is particularly potent in situations where high voltage electrical sources are concerned. Electrical tape is supposed to withstand hundreds of volts of current. Duct tape doesn’t have that advantage.

Additionally, duct tape cannot seal wires off with the same efficiency as electrical tape. Electrical tape is highly flexible. It can elongate, stretching to conform to the shape and size of the wire you are wrapping, preventing the exposed wire from causing harm.

The mesh fabric found in most types of duct tape is non-conductive. More importantly, duct tape that is made from mesh cloth fabric is normally covered with polyethene, which is basically plastic. Like the cloth backing, plastic does not conduct electricity.

With that in mind, you wouldn’t be wrong if you conclude that duct tape was non-conductive. However, some stores also sell adhesive aluminium foil, a form of duct tape that uses aluminium.

This is the question that scares a lot of consumers. They do not know whether or not duct tape is conductive, and that makes them reluctant to use it for electrical applications. The fact that duct tape has a silver surface is especially concerning.

As you may have guessed, aluminium is conductive. But this type of duct tape is rare. Most of the duct tape on the market features a cloth backing and polyethene. The packaging will tell you everything you need to know.

Some people think that duct tape has a metallic backing simply because one side looks metallic. But most of the duct tape on the market is cloth-backed. It doesn’t contain any metallic components.

That being said, you are still discouraged from using it for insulating purposes. Even if it has worked for you in the past, you have to realize that the product’s insulating properties are still untested.

This is why duct tape hasn’t been UL certified for electrical use. Even if it is non-conductive, you cannot predict the response you will get whenever you use it to wrap exposed wires.

How Can You Use Duct Tape On Insulation?

Where duct tape and electrical insulation are concerned, you have to keep the following in mind:

Duct tape is heat-resistant. However, it is not fireproof. Duct tape has a rubber adhesive. This adhesive is non-flammable. It is unlikely to burst into flames. But it will stop working if you expose the duct tape to intense heat.

In other words, the tape will stop sticking to the surface to which it was applied. If the temperature continues to grow, the tape will melt. What does this mean? Duct tape can withstand a certain amount of heat.

But it will fail if you exceed its temperature threshold. Don’t use it for high heat applications. It isn’t the best answer to situations that require thermal insulation. You will notice that regulatory bodies have not approved the use of duct tape for residential HVAC ducts.

Can You Use Duct Tape Instead of Electrical Tape?

Duct tape does not have this advantage. You can use it in an emergency. But it isn’t the ideal alternative to electrical tape.

At What Temperature Does Duct Tape Melt?

It is more than possible for duct tape to melt at 180 degrees F.

Some brands of duct tape are stronger than others. At the end of the day, you cannot use duct tape in environments with high temperatures.

That being said, it is worth noting that many manufacturers endeavour to produce duct tape that can survive temperatures that exceed 200 degrees F. Ordinary duct tape will melt in temperatures of 200 degrees F and above. But many brands will tell you that their tape can remain operational even after exceeding that margin.

But again, the results will depend on the brand of duct tape. Most brands are unlikely to catch fire because the rubber adhesive is non-flammable. Look at the packaging. It will tell you everything you need to know about the tape’s temperature requirements.

If you don’t understand the information on the packaging, contact the manufacturer and tell them the application you have in mind. They will tell you whether or not their duct tape will melt or catch fire once you expose it to the temperatures associated with the application in question.

Interestingly enough, cold conditions are not as problematic as their hot counterparts. Excessively cold temperatures may harden the duct tape’s adhesive. But anything above freezing cold is fine.