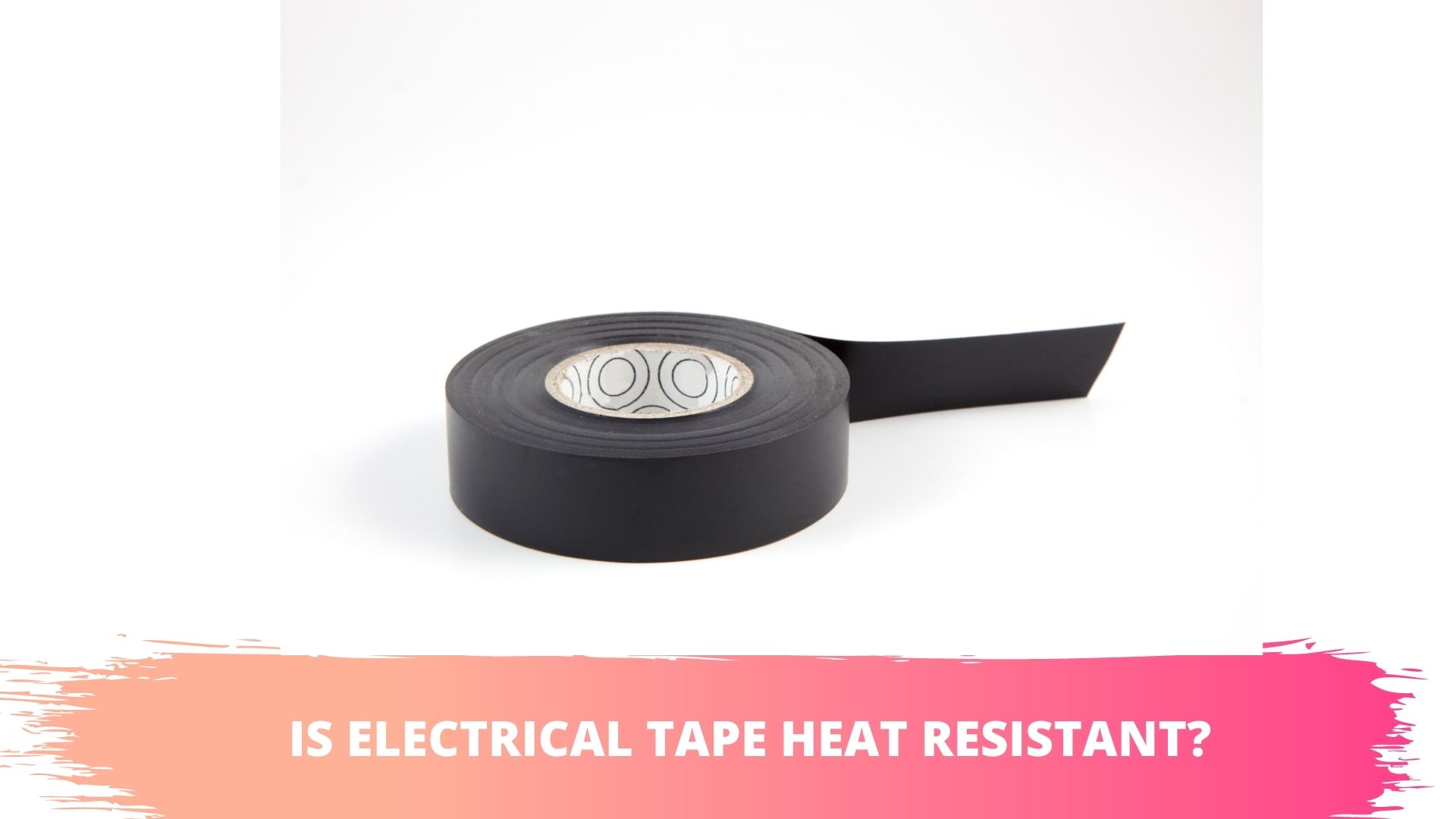 People use electrical tape because it has insulating properties. But can you trust it to survive in hot environments? This question is important because electrical tapes have thermal properties but they have their limits. As you will soon see from the information below, if you expose these items to sufficient amounts of heat, they will burn.

Electrical tape conducts heat. This makes tape a fire hazard in the wrong circumstances. Most types of electrical tape will ignite if they get hot enough. They are resistant to heat but only to a certain extent.

What Temperature is Electrical Tape Rated For?

For instance, it should be safe to use at temperatures of 176 degrees F. This is the figure that high-end manufacturers are determined to either match or beat. If you contact firms that supply vinyl tape, they will tell you that their electrical tape can endure temperatures of up to 200 degrees F.

It depends on the tape. The temperature ratings will vary from model to model. Electrical tape is expected to adhere to specific industry standards.

Consumers are encouraged to look for a UL rating on electrical tapes before they buy them. Electrical tape will only get a UL rating after it has been tested to ensure that it can handle extreme conditions.

The tape has to exceed the set standard to qualify for a UL listing. Unless your application involves exceptionally high temperatures, if your electrical tape of choice has a UL listing, you can trust it to resist heat.

What Kind of Tape Can Withstand Heat?

You can use thermal tape to insulate pipes. If you have a heater, the tape will reduce the amount of heat lost whenever the pipes cool. You can also apply the tape to the pipes in the crawl spaces and exterior walls.

Some types of thermal tape can protect against fire. They are called intumescent tapes in some circles. They expand when they are exposed to heat, creating a barrier that reduces the damage caused by the fire. You can also use them for soundproofing.

Some types of thermal insulation tape can reflect radiant heat. They use a foil covering to keep heat away from lines, cables, and hoses.

Strouse has highlighted a form of electrical tape called ‘heat tape’ that can prevent ice from accumulating on your roof.

However, When people discuss heat-resistant tape, they immediately think about vinyl tapes, and for good reason. The premium vinyl tape has multiple half-lapped layers that guarantee enhanced electrical insulation.

Not only can it contend with wires carrying as many as 600 volts but it can also withstand temperatures of 220 degrees F. However, vinyl tapes are not necessarily the most heat-resistant type of tape on the market.

As you can see, thermal insulation tape has numerous advantages. While it is quite common in construction, electricians can also use it to wrap wiring for the purposes of facilitating the transfer of heat.

Another type that you may encounter is polyester tapes that people use on coils, capacitors, and potentiometers. Polyester tapes are resistant to abrasions. Their tough texture makes them a perfect fit for rugged settings.

Electrical tape can melt, especially if it is non-flammable and capable of extinguishing itself. Because it is unlikely to burn, if you expose it to higher temperatures than it can handle, the tape will melt.

From your point of view, it may look like it is deforming. However, manufacturers do not provide melting points for their tape. It should be noted that, even though electrical tapes are non-flammable, they are still dangerous.

This is because they use components like PVC that produce toxic fumes when they burn. The fact that the tape is melting rather than burning won’t prevent it from giving off toxic fumes.

How Hot Can Electrical Tape Get Before It Melts?

The melting temperatures of vinyl tape can range from 212 to 500 degrees F. But some tapes have a much higher melting point. Before you buy a particular type of electrical tape, look at the maximum temperature at which it can operate.

That will give you an idea of the temperature at which the tape’s abilities will become compromised.

It will also show you the range beyond which you can expect the tape to potentially melt. Even though vinyl is very popular, it is by no means the most heat-resistant tape on the market. Some of the most impressive options around include:

According to Final Advanced Materials, aramid tapes use para-aramid fibers which can survive in temperatures ranging from 350 to 500 degrees Celcius. Suffice it to say, this tape melts at a higher temperature than vinyl.

Ceramic tape is even more impressive. From what GTEEK has noted, the tape is not only flexible but you can use it in temperatures ranging from 650 to 1050 degrees Celcius.

This is a thermal insulation tape that can be used at temperatures of up to 700 degrees C. You don’t have to worry about melting this tape in a residential setting. Boasting textured fiberglass threads and a vermiculite coating, the tape is compatible with industrial furnaces.

This is no ordinary tape. Besides its flexibility, the tape has a reputation for being an excellent insulator. Even though it is only for short durations, it can survive in conditions of up to 1000 degrees Celcius.

You can get this tape in strips that use adhesive as well as those that feature bolt holes. It comes in two, three, and five-millimeter thicknesses. It stands out because it has can survive in temperatures of up to 1200 degrees C.

Glass tape can survive in conditions of up to 550 degrees C. The tape, which is made from glass yarns, comes with an adhesive side. You can use it in place of asbestos.

The tape can get as hot as 221 degrees F before things go wrong. While the adhesive on the tape will be compromised by temperatures of 180 degrees F or more.

The best way to determine the temperature requirements and melting points of tape is to contact the manufacturer. You can also look at the packaging.

Vinyl tapes, which are very popular, use polyvinyl chloride backing. It works alongside a rubber adhesive coating. The flexibility for which vinyl tapes are known can be attributed to the diisononyl phthalate in the backing. The tape will wrap tightly around cables without breaking.

The rubber resin on the underside provides moisture protection. These components operate in tandem to prevent the vinyl tape from catching fire at temperatures of 221 degrees F or even higher.

But even if you exceed its temperature threshold, do not expect the vinyl tape to catch fire. By the time it reaches temperatures of 176 degrees F, the tape’s adhesive abilities should have started to fail.

If you raise the temperature even further, the tape will deform. It won’t burn. This is true for most high-quality plastic and rubber tapes.