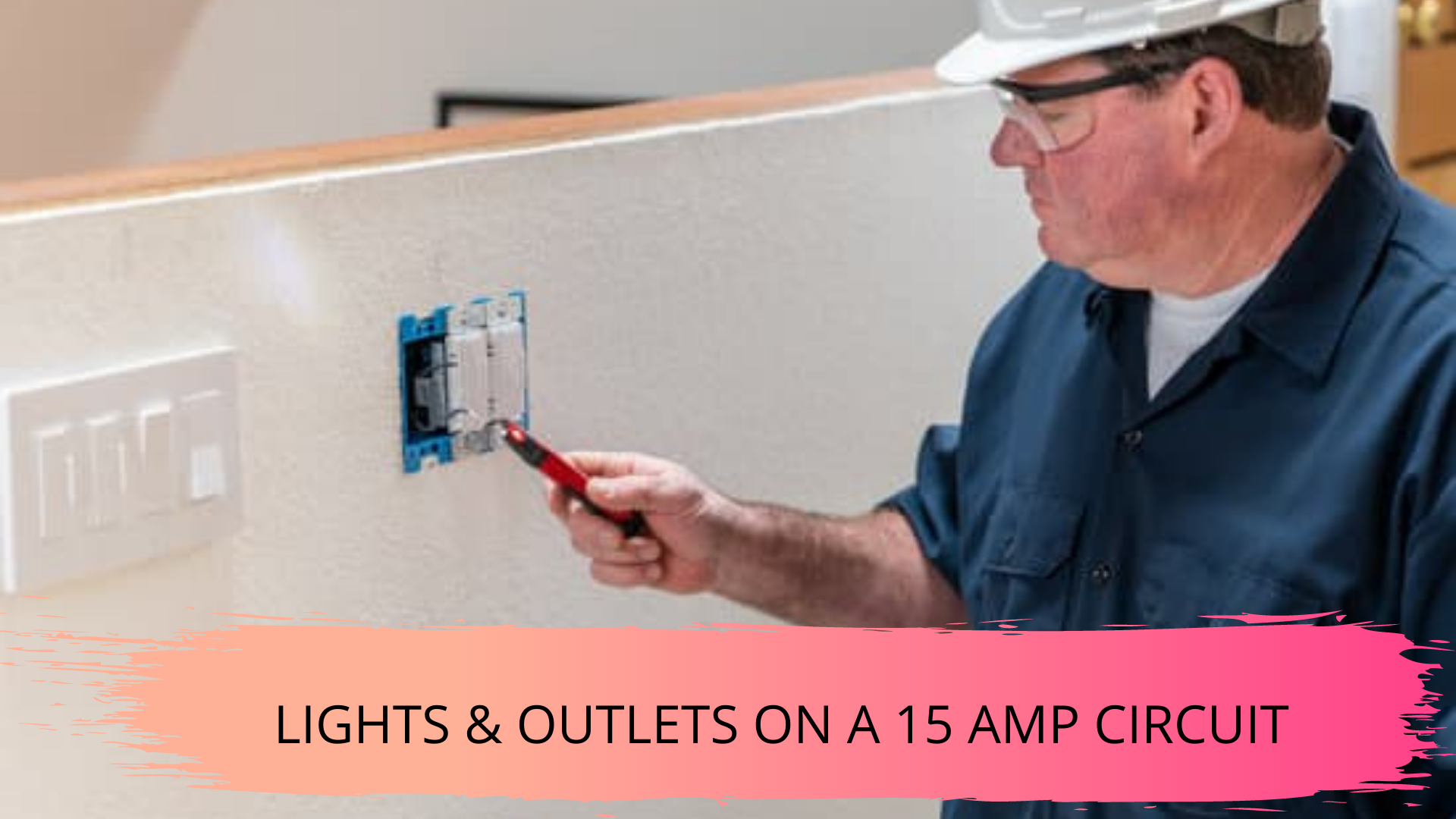 That isn’t a simple inconvenience. It is also dangerous. You could start a fire. If you want to avoid such hazards, pay close attention to the number of lights and outlets on your circuit.

How Many Lights and Outlets Can Be on a 15 Amp Circuit?

To answer this question, you have to take a few factors into account:

As with everything else, you must take the regulations into account. Every region has an electrical code that contractors must follow whenever they make electrical installations. Your contractor’s failure to adhere to the demands of the law could attract serious consequences such as hefty fines.

But they can choose to set their own codes that contradict the demands of the NEC. If the electrical codes in your area differ from the NEC, you should follow the local codes. They take precedence

The NEC does not specify the number of outlets and lights you can add to a 15 amp circuit. For the most part, you are free to add as many lights and outlets as you want. However, your local authorities may have laws that govern this issue. Check with them before you proceed.

In this case, you have a 15-amp circuit. It is common practice to assign 1.5 amps to the average light or outlet. With that in mind, you can technically conclude that a 15-amp circuit can accommodate a total of 10 lights and outlets. But that isn’t practically true.

The NEC doesn’t say anything about the number of lights and outlets you can add to a circuit. But it has regulations that will indirectly affect your decision in this area. According to SFGate, the NEC expects contractors to count only 80 percent of the rating of the circuit.

You are not permitted to force a circuit breaker to carry more than 80 percent of its rated load. In other words, if you have a 15-amp circuit, you can only count 12 amps.

What does this mean? A 15-amp circuit is compatible with 8 outlets and lights. The objective is to give the circuit room to handle any temporary surge that might occur when you add a powerful appliance that draws a lot of power.

Why Outlets Are Complicated?

Between outlets and lights, you have fewer limits on the number of outlets you can have. You have to take the wattage of the lights into account. Outlets are not affected by this limit.

However, they are far more complicated. It is primarily a question of the appliances you will plug into them. In the absence of an appliance, you can add as many outlets as you want because they won’t draw any significant power.

Once you have added your outlets, you must apply caution when attaching appliances. For instance, just because you added a dozen outlets to a circuit doesn’t mean you can plug a dozen appliances into those outlets at the exact same time.

The total rating of the appliances you attach to the outlets cannot exceed the rating of the 15 amp circuit. Otherwise, you will overload the circuit.

How Many Lights and Amps Can Be Added on a 20 Amp Circuit?

If each receptacle has a maximum draw of 1.5 amps, you can technically add 13 receptacles. But because the load cannot exceed 16 amps (80 percent), the practical answer is 10 receptacles.

When it comes to adding outlets and lights, the following guidelines may assist you:

1). As was noted before, you can add as many outlets to a 15-amp circuit as you want but you must limit the number of appliances you plug into those outlets. If you exceed the rating of the circuit, the breaker will trip.

For those seasons, powerful appliances such as heaters that draw a lot of power should use circuits that have the smallest number of receptacles. You are less likely to overload the circuit.

2). While it has its drawbacks, homeowners are sometimes encouraged to place outlets and lights on the same circuit. This is because lights draw very little power. This allows you to spread out the power consumption among the various breakers in your electrical panel.

3). You should think about placing powerful items like washers on dedicated circuits where they don’t have to compete with other appliances. This also reduces the chances of the circuit being overloaded.

4). Distribute your outlets throughout the house. Don’t concentrate them in one location. This eases access to electricity, eliminating the need for power extensions. Power strips and extensions are short term solutions. They are associated with numerous hazards. You are better off adding more outlets to your home.

There is no limit to the number of outlets and lights you can add to a 15-amp circuit.

Where the outlets are concerned, you can add as many of them as you want. However, you must ensure that the appliances you have attached do not exceed the circuit’s capacity. Pay close attention to the NEC and the local codes and regulations.