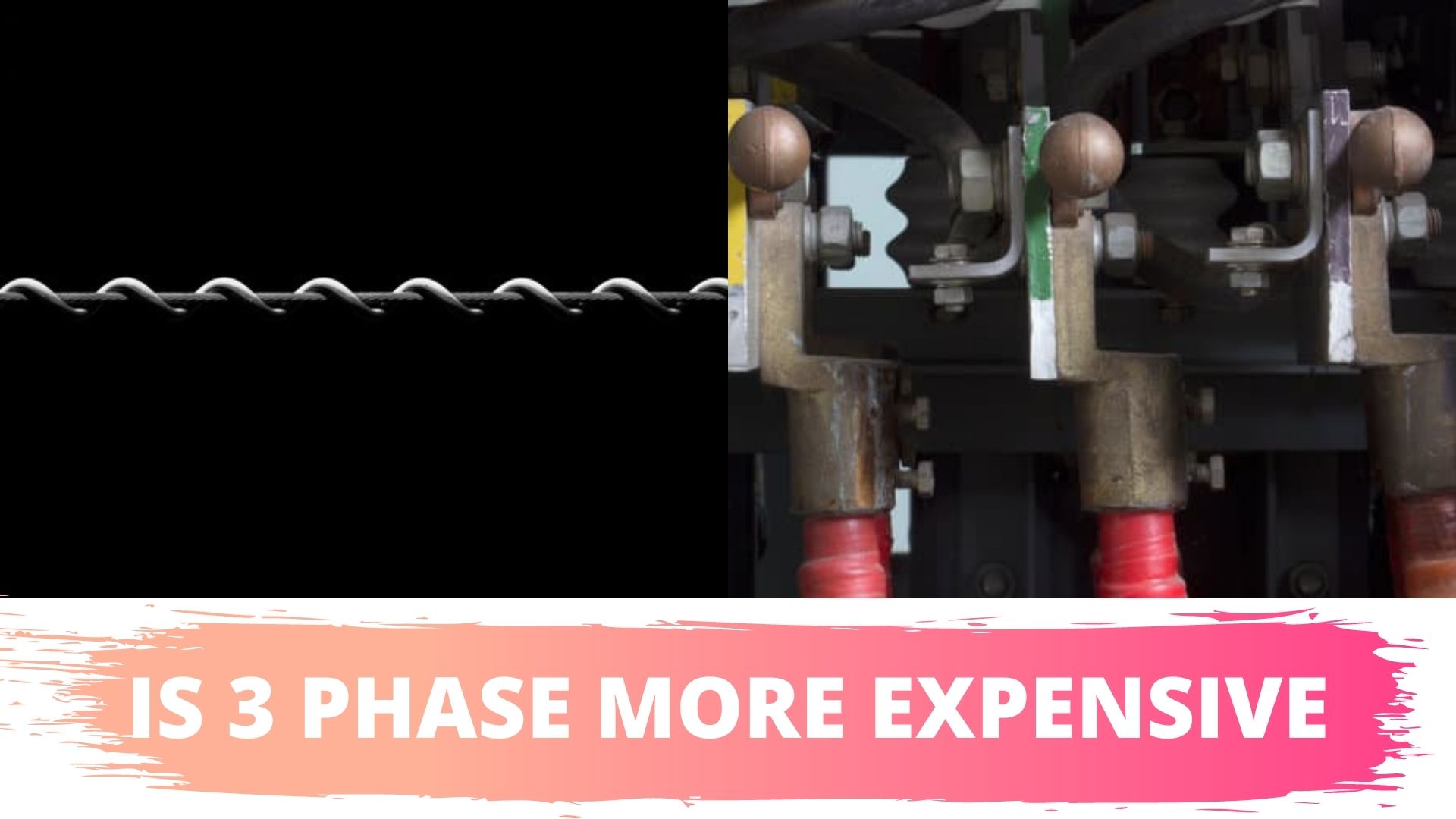 Terms like ‘Single Phase’ and ‘Three Phase’ are alien to most homeowners. In fact, most homeowners do not actually care to know whether their home uses single-phase or three-phase power. Even if they did, they don’t have a choice in the matter. In many cases, they have to make do with the setup the authorities have decided to implement in their area.

Of course, you cannot choose between these two options without first understanding the attributes that set them apart. This is the only way to identify the setup that will suit your situation best. The cost is not the only factor that separates single-phase from three-phase electricity.

As you might have guessed, single-phase power came before three-phase power. This is one of the reasons why it is so prominent. The setup consists of a current that runs forward through a circuit before reversing. It looks like a sine wave.

The problem with a single-phase setup is that it passes through the zero axes twice per cycle. At that point, there is no voltage. Tripplite compares single-phase electricity to a person paddling in a canoe. The canoe moves forward whenever he places the paddle into the water and executes a stroke.

But there are moments in between the strokes when the paddle leaves the water. During those moments, the person isn’t supplying any power to the canoe. Put simply, single-phase electricity introduces small inconsistencies to the power supply.

Three-phase electricity doesn’t have this limitation. According to Rahi, the setup uses three alternating currents instead of one. You have three different wave cycles that overlap to ensure that the power supply is consistent.

Using the previous example, rather than a single person paddling in a canoe, you have three people. As a result, you always have at least one paddle in the water, executing a stroke. This allows the canoe to move consistently because the power propelling it forward is constant.

If your home has single-phase power, DC Power Co expects to see two wires running to your house. One wire is the active wire. It carries the electricity. The other wire is neutral. A three-phase setup has four wires. Three wires are active.

Single-phase electricity is primarily found in small businesses and residential settings. It is compatible with situations that do not require a lot of power. This is the reason why so many homes use single-phase power.

The inconsistencies in the power supply are unlikely to affect the operations of basic appliances and electronic devices such as toasters and computers. Three-phase electricity is normally found in industrial settings.

Because it uses three conductors, a three-phase setup can transmit a lot more power, and it does this using fewer wires, which makes the configuration compatible with power-hungry settings such as data centers. Some homes use three-phase electricity because their power demands are higher than normal.

This affects the cost. You require fewer components. But as was mentioned before, in the long run, three-phase power is more cost-effective. Consider the following:

1). The setup is more reliable. Because it has three conductors that deliver consistent power levels, settings with three-phase electricity are less vulnerable to outages. You can minimize power failures, extending the life of your appliances.

2). Even though they transmit more power, three-phase systems use less copper. The same goes for aluminum. The setup requires smaller wiring.

3). Three-phase systems use smaller motors. Because the power they supply is consistent, you don’t have to include starter capacitors in your design, hence the small motor.

Ultimately, three-phase power is only expensive in the beginning. Once it is in place, it becomes the cheaper option. The expenses a homeowner with a single-phase setup can expect to encounter once they decide to switch to three-phase power will depend on the converter they have chosen to use.

Static converters are the most affordable option but they require a lot more precision. Rotary converters have heftier price tags but they are essential for businesses that use a lot of heavy equipment.

The cost of 3 phase power and single-phase power is almost the same. The reason for the same is the power consumption will not vary at all.

However, there are some cases in which 3 phase power might cost you more than single-phase power.

I will cover these cases below.

In this case, the per-unit cost will often be on the higher side.

The recapitalization might have another advantage as well. Most utility providers offer priority support to commercial lines. However, since you are paying extra for the same, the benefit is well justified.

Many utility providers might charge you extra for upgradation when it comes to 3 phase power supply.

The good news is that the cost is anywhere between $ 4-$ 8 per foot. The footage depends on the distance of your home from the nearest substation or 3 phase power line. It is a one-time charge.

The fact that this is a one-time cost ensures that you will not have to worry about spending a lot when you switch from single-phase power to three-phase power.

The problem is, if you’re installing a three-phase line in your home, you might not have that high power consumption. In that case, you will have to incur the monthly fee as well.

The exact monthly fee and whether it will be levied or not depend on the utility provider you have.

However, if you’re going with the utility provider which uses solar energy, most of them do not charge you the minimum utilization charge. That is because they are always on the lookout for bulk customers. Three-phase power line users are generally regarded as bulk customers. In that case, you will not have to pay any monthly utilization fee.

As you can see, this charge may vary from one utility provider to another.

So, 3 phase vs single phase power cost indicates that the cost is almost the same. The other associated costs are incurred while switching from single-phase power to three-phase power, which increases the cost. You have to keep these extra costs in mind and after that make the switch. It will ensure that you choose the right utility provider for three-phase power and one with lower switching costs.

Three-phase electricity is found in settings with heavy electrical requirements such as data centers and power grids. It is also compatible with large businesses.

Single-phase electricity has a less complicated design. Because it delivers less power and the supply is inconsistent, it is normally assigned to homes. Their power requirements are low and the average appliance in the average home can survive these inconsistencies.

However, if your home has heavy power demands, you can always convert your single-phase setup into a three-phase setup. The cost of installing three-phase power is quite high. However, you will save money in the long run because the configuration is far more efficient.

People in manufacturing will happily suffer the exorbitant cost of installing three-phase power because they know that the smooth and consistent power supply with which it is associated will enable them to save money in the long run.

They can take advantage of the smaller motors, increased productivity, and smaller wiring, not to mention the improved efficiency. Three-phase power is also more efficient than dual-phase power.