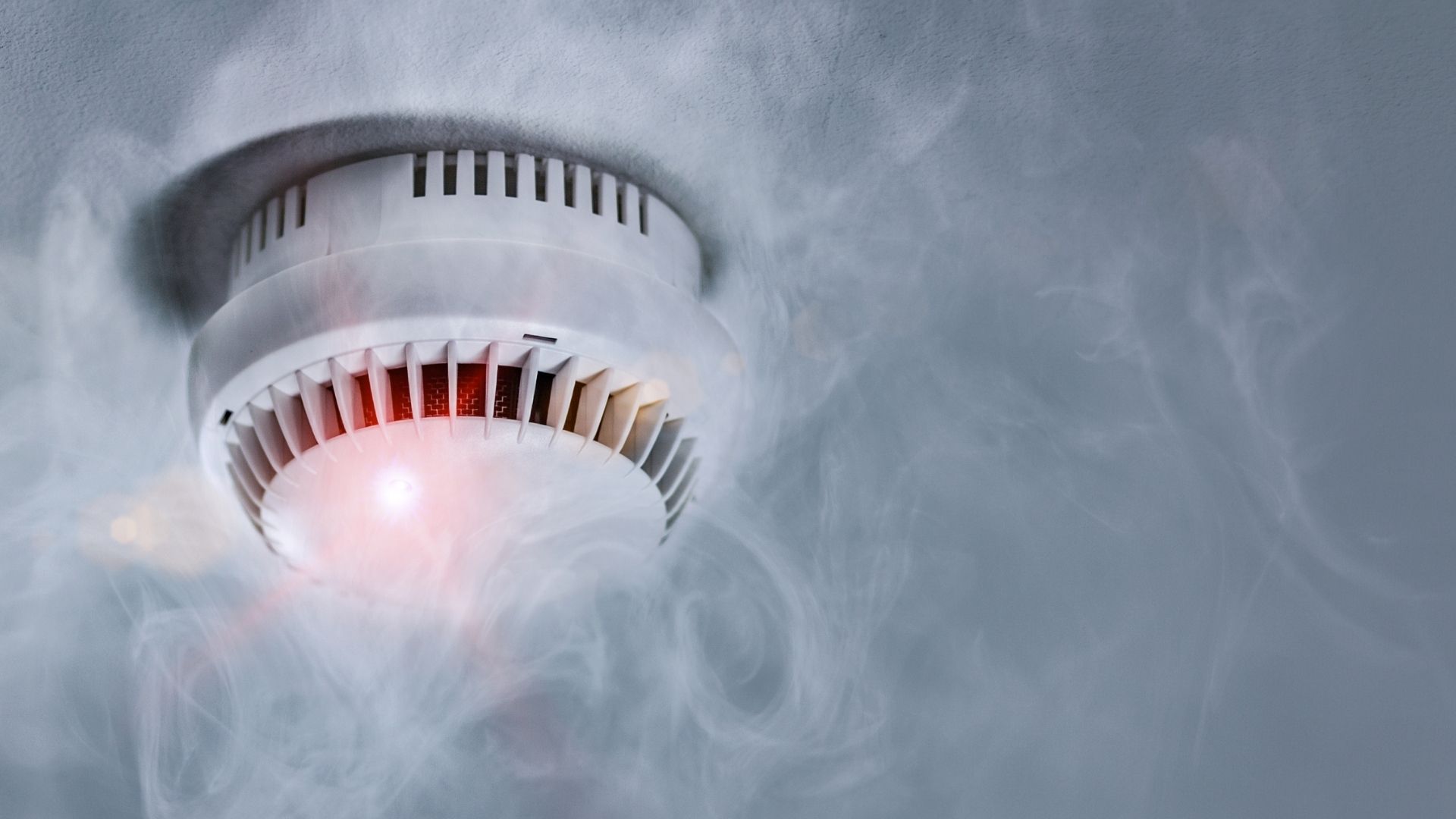 Smoke detectors are a must-have. They are your first line of defense, responding to the presence of smoke and giving you the opportunity to put out any fires that may have ignited before they burn your home down. But what happens when a smoke detector starts making strange noises?

Why Is My Smoke Detector Making Noise?

Noisy smoke detectors shouldn’t concern you. Smoke detectors are supposed to make noise. However, some sounds are a sign of trouble. You must learn to differentiate between dangerous and innocuous noises.

Smoke detectors have one objective. They are supposed to detect smoke. Smoke is typically symptomatic of a fire. A smoke detector is supposed to warn you about potential fires before they spread. But how does it perform this function?

How does it alert you? These devices emit continuous beeps. The exact pattern of the beeps may vary depending on your location and the model you have. But in most cases, continuous beeps point to smoke.

The smoke alarm wants you to take steps to eliminate the source of the smoke. Though, you can disable the smoke detector’s alarm without removing the smoke.

If you cannot identify any smoke in the vicinity of the smoke detector, the batteries are probably depleted. The device will continue to beep until you replace the batteries.

Some smoke alarms will continue to beep if you fail to re-assemble them correctly after replacing the batteries. Pay close attention to the configuration of the device before you pull it apart, especially if you have to remove some screws to replace the batteries.

How old is the smoke alarm? These devices have finite lifespans. Kidde expects consumers to replace their smoke detectors at least once every decade. If you have sophisticated models that include a carbon monoxide alarm, get new ones every seven years.

If your smoke detector keeps beeping, but you have checked every component, including the batteries, the device has probably reached the end of its journey. At that point, you cannot trust the unit to protect you from fire.

Did the noise start after a blackout? Did you record any surges? Blackouts, spikes, and surges can cause electronic glitches. Depending on the strength of the surge or spike, the device may suffer irreversible damage.

You can fix some smoke detectors by resetting them. But a technician may encourage you to replace it altogether. Smoke detectors are like surge protectors. They are too important for you to take a chance on a smoke detector that may stop working at a vital moment. If you have any concerns, don’t hesitate to replace the unit.

Smoke detectors can generate false alarms because of debris in the sensing chamber, not to mention the presence of humidity, steam, and other environmental pollutants. However, you shouldn’t dismiss the noise as a false alarm until you check for smoke in the vicinity.

Smoke detectors can malfunction for no reason. Some of them stop working because of external factors like debris and surges. Others deteriorate because of age. But you also have naturally defective smoke alarms.

This happens with cheap units with poor-quality components that are not designed to remain in operation for more than a few weeks or months. You can fix some of them. But this is a temporary measure. The best option is to buy a new one, preferably a high-quality model.

One possible cause is dust. Dusty sensors can cause popping, crackling, and clicking. You can also blame this sound on a loose battery.

If the battery is loose, push it into place and make sure it is firm. But if the device is dirty, you can try vacuuming it with a blower.

This is another noise you can blame on dust or debris inside the smoke alarm and loose or depleted batteries.

Clean the unit and push all the test buttons a few times. If the device is new, don’t forget to remove the strip that separates the battery from the contacts.

If the beeps are continuous, you probably have smoke in the vicinity.

If the alarm beeps once every 30 to 60 seconds, it is because of a faulty battery. Other potential causes include a dusty sensor and a smoke detector at the end of its life.

More than likely, the unit has reached the end of its life. You can silence the beeping temporarily, but it will return after a few days or weeks until you get a new alarm. Some alarms will beep five times in response to high CO levels.

2). Environmental factors such as humidity, temperature, and excess airflow

3). Keep smoke alarms away from kitchens, bathrooms, and other locations that expose the device to problematic environmental factors.

1). Hire specialists that can identify and counteract sources of interference.

6). Get a new smoke detector

Buzzing is similar to humming, and it is rarely a good thing. You probably have dust inside the unit.

2). Battery drawer is not completely closed

The smoke alarm has detected smoke or carbon monoxide. It will screech loudly to alert you.

Find the source of the smoke or CO and eliminate it.

If the unit emits the high-pitched sound every 30 seconds, the battery is depleted. The smoke detectors at the Australian National University do not emit high-pitched sounds. They blame such loud noises on malfunctions and faults.

Hunker has identified a type of smoke detector that is hardwired to the electrical system. It can beep or chirp even when you remove the batteries.

3). Make sure the battery drawer is completely closed

5). Troubleshoot or replace the backup battery

3). Battery drawer is not completely closed

2). Buy new batteries. Test them with a multimeter

3). Clear out the residual charge

Some smoke alarms are hardwired into your home’s electrical system. They have a battery, but it acts as a backup. When the power goes, the unit may beep or chirp to let you know that the backup battery is low.

3). Open the device and use compressed air to remove dust from the sensor.