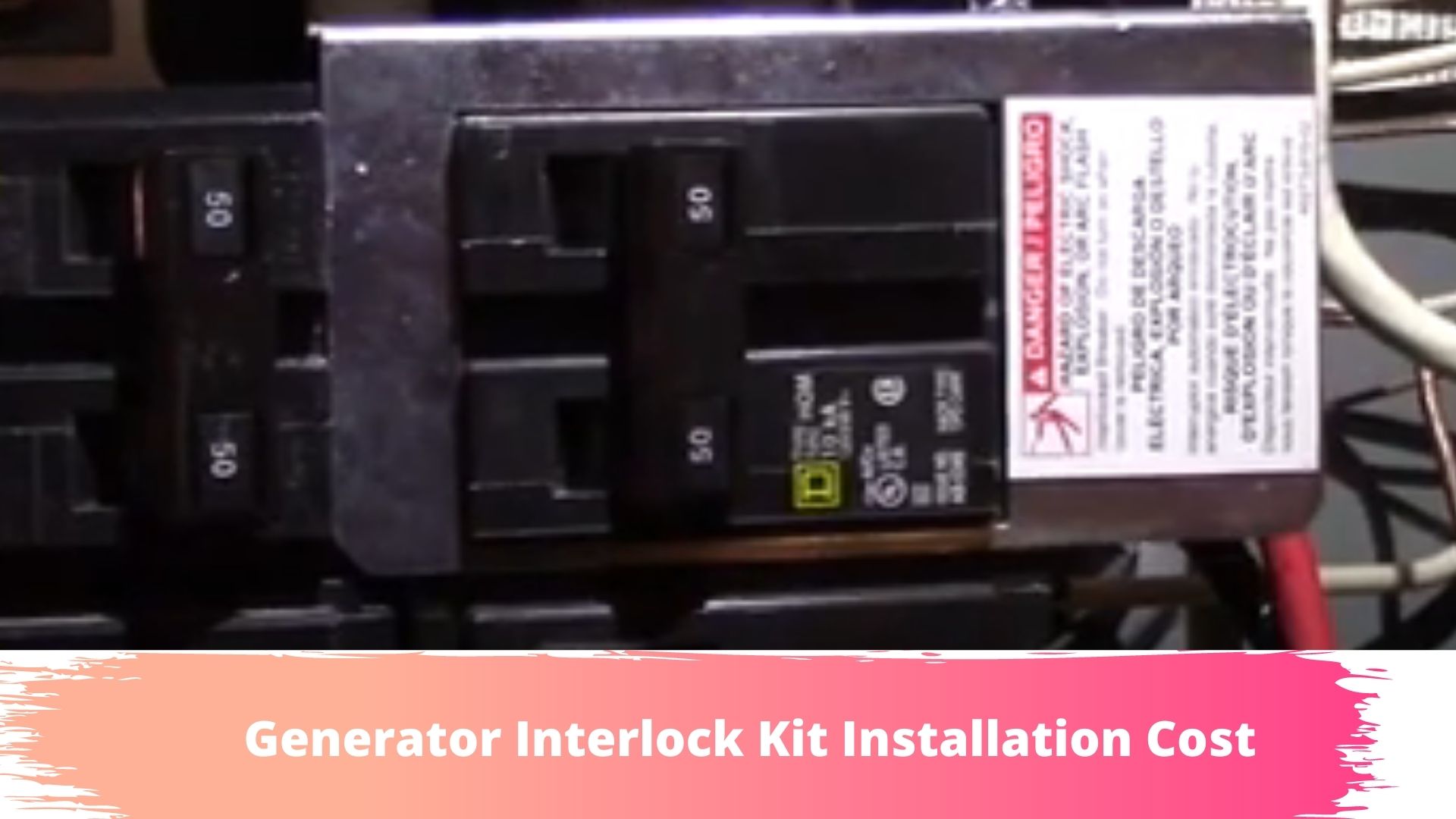 How much to install a generator interlock?

You can get an interlock for as little as $20. And at the end of the day, you can install one for $800 or less. That includes the labor and the cost of buying items such as power boxes, breakers, and cords.

If your region is prone to extreme weather, Naturally Handyman encourages you to get a backup generator. However, they agree that built-in backup generators are quite expensive. They are the best option because they can power your entire home.

Some portable generators are powerful enough to power your entire home. But if you have one of those, you are expected to fit them with a transfer switch. If you cannot afford to buy and install a transfer switch, your only option is an interlock.

What Does An interlock Do?

No Outage describes an interlock kit as

A device that prevents back feed to utility power whenever you connect a portable generator to your home’s circuit.

Every home has a panel that powers the property by feeding electricity to the various branch circuit breakers.

Electricity runs from the grid to the panel. When you install an interlock, it switches your home from the utility feed to the portable generator during a blackout, making sure that you only receive electricity from a single source.

Why Do You Need an Interlock?

As FIXR will tell you, you can get portable generators in various sizes and price ranges. Consumers are expected to base their choice of a generator on the amount of power they need. If you want to power your entire home, then you need a generator of roughly 8,000 watts.

How is any of this connected to generator interlocks? Any portable generator of 5,000 watts or more should be fitted with a transfer switch. This will prevent the generator from feeding electricity back into the powerlines, an occurrence that may injure or even kill any technicians working on the power lines. A transfer switch also protects your generator from damage.

But transfer switches are expensive. Many homeowners can’t afford them, which is why they have to make do with a generator interlock, a device that offers similar protections despite being so much cheaper.

How Much Does It Cost To Install A Generator Interlock?

The cost of installing a generator interlock is between $650 and $750. That is probably so much higher than you expected. It is worth noting that the interlock, on its own, only costs $50 to $150.

In fact, Generators For Home Use is convinced that you can get an interlock kit for as little as $20. That is perfectly in line with the people claiming that generator interlocks are so much cheaper than transfer switches.

But if an interlock kit is just $20, why is the installation cost nearly $800? That is a good question with two main answers:

First of all, the interlock kit is not the only item you need. You must also acquire additional tools such as breaker panels, power boxes, and Chinese fingers, to mention but a few.

Excluding the interlock kit, you need to spend anywhere between $200 and $400 on all the relevant hardware.

You need a professional technician to install your generator interlock. These devices are complicated. If you fail to install them appropriately, you could start a fire. This is why you are encouraged to acquire the services of a professional.

Even if you have some experience with interlocks, some regions have laws that demand that homeowners use professionals to install interlocks. In other words, you don’t have a choice in the matter.

How much does it cost to have an electrician install an interlock switch?

It should take your electrician of choice roughly four hours to do the job. They may charge you anywhere between $150 and $300. If you add the cost of labor to the cost of all the hardware you need, you can probably see how the price tag can climb to $750.

You cannot understand how cheap the installation of a generator interlock is until you understand the cost of installing a transfer switch.

Of the two, the transfer switch is more convenient. When the power goes off, a transfer switch will safely and automatically shift to the generator’s power. The interlock has a manual element.

What is the Cost of Installing a Transfer Switch?

The installation of a transfer switch may cost you an estimated $2,000. The labor alone could set you back by $500. You can also expect to spend a similar amount on a single transfer switch.

As you can see, for all their convenience, transfer switches are very pricey. Unless you have plenty of disposable income, an interlock is the better option.

If your portable generator exceeds 5,000 watts, you need a transfer switch. Not only does it automatically switch from the utility feed to generator power but it prevents feedback to the electrical lines.

Without a transfer switch, you ran the risk of electrocuting anyone working on the power lines. You could also destroy your generator and start a fire. But even though transfer switches are necessary, they are expensive, with some costing as much as $2,700.

This is where interlocks enter the picture. They provide similar benefits, though their operations have a manual component. You can get an interlock for as little as $20. And at the end of the day, you can install one for $800 or less.