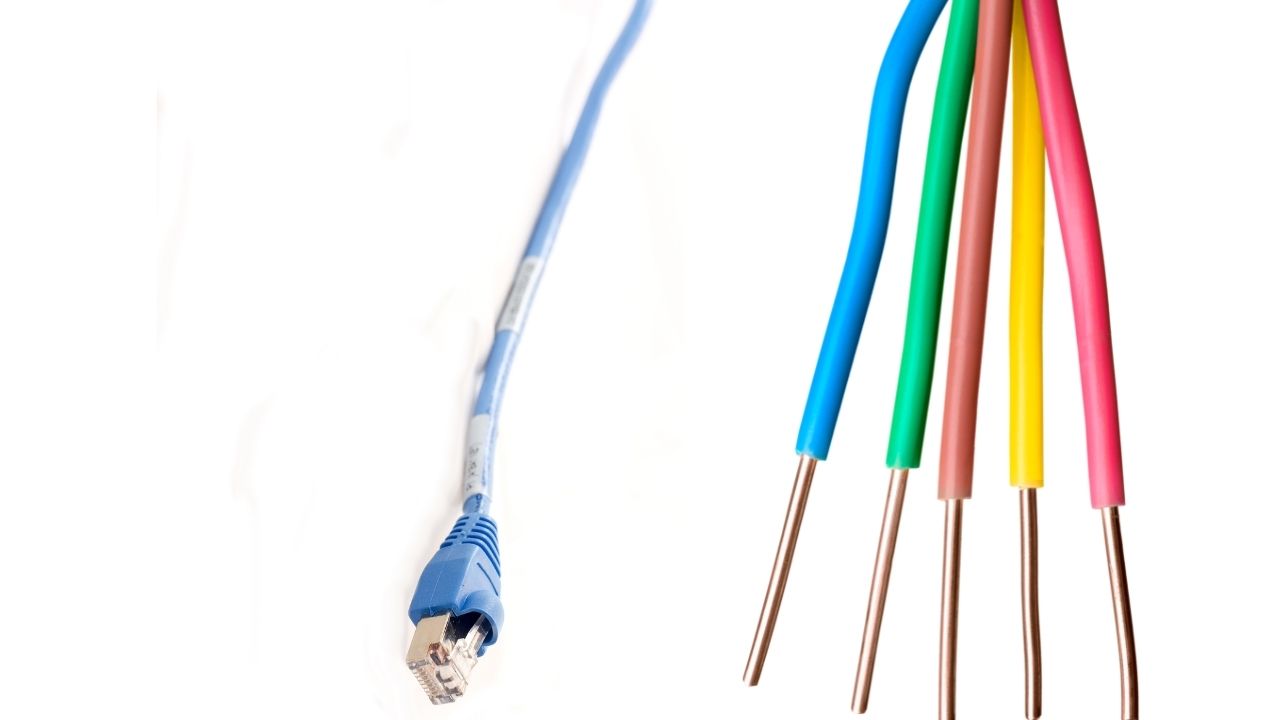 Anyone can run an ethernet and power cable in the same conduit. The actual process is precisely what it sounds like. Just run the ethernet cable next to the power cable in a conduit. However, if you want to avoid the negative consequence of this practice, you have to take the necessary precautions.

Can I Run Ethernet And Power In The Same Conduit?

Current spikes that appliances like microwaves and vacuum cleaners create can interfere with an ethernet cable’s magnetic field, generating noise and introducing unwanted network errors. Additionally, an electrical short could easily bleed into the ethernet cord, introducing many problems. Thus, I discourage this practice.

However, some locations are pretty strict about this issue. They won’t permit homeowners to run ethernet and power cables through the same conduit.

You have to check your local building code before you proceed. If it adheres to the regulations of the NEC, you may incur severe penalties if you run an ethernet cord next to an electrical cable.

But if the local building code doesn’t prohibit individuals from running ethernet and power cables next to one another in commercial or residential settings, you can go ahead.

Admittedly, many professionals have pushed back against this practice because you will encounter several people who believe that the approach creates interference.

You could argue that these warnings are based on anecdotal evidence. You can’t use the isolated complications that some people encountered while running an ethernet and power cable in the same conduit to judge every situation.

However, if you consult your local technician, they will also discourage this practice because it could quickly start a fire. This won’t stop some people from experimenting with the method, especially if their local building code hasn’t mentioned the issue.

How To Run Ethernet and Power Together?

First of all, look for shielded Cat5 and 6 cables. Because this practice allows the power cable to create interference.

I want you to overcome this issue by using ethernet cables with a thin foil jacket that protects against interference. Without this shielding, the network speed and data integrity will suffer.

Additionally, some people cannot afford shielded ethernet cables because they are more expensive.

Pay attention to the distance. Don’t run the cables so close to one another that they touch. Maintain a gap of at least two inches. Otherwise, you may introduce data loss and voltage issues.

3). Move The Appliances Out Of The Way

The power cable is not your only concern. The power cable is most likely running to a particular item. You don’t want to run the ethernet cable near that device. Otherwise, the resulting noise will create significant interference. Before you install the line, make a plan.

Investigate the sight. Identify a route that keeps the cables as far from the devices in the area as possible. If the option is available, move the machines and appliances out of the way.

What does your local code say? People think that building codes are a nuisance. However, the individuals that wrote the regulations in your local building code did so in response to accidents and tragedies. Don’t be so quick to dismiss them.

If you have questions, call the relevant authorities and get clarification before you proceed. Find out how close the ethernet and power cords should be, where you should install them, the best type of cable to buy, etc.

How Close Can An Ethernet Be To Power?

You can get away with positioning the ethernet and power cables 12 inches from each other but those figures apply to unshielded ethernet cables. You can keep the cables closer to one another if they are shielded. But they have to remain at least 2 inches apart.

Advantages of Running Power and Ethernet In One Conduit

It primarily comes down to convenience. It is easier to run power and ethernet cables together, especially if the devices that use the ethernet cables also require a power source. You might as well use the same conduit to meet the power and network needs of your devices and appliances.

This is why PoE technology has gained so much traction. Electrical Contractor describes ‘Power Over Ethernet’ technology as a tool that uses the same system to transmit data and electrical power.

With PoE technology, you can use a single cable to bring electricity and the internet to cameras, phones, lights, and the like. The technology is cost-effective and easy to use.

You can enjoy similar benefits by running power and ethernet cables in the same conduit. The practice is particularly beneficial for people whose lines have to cover significant distances.

Disadvantages of Running Ethernet and DC Power In The Same Conduit

You have two major problems, namely, your safety and the integrity of the data. People understand the impact a power cable can have on your network because of its proximity to the ethernet cable. But they rarely consider the safety issue.

Because of a phenomenon called voltage induction, the high voltage cable can transfer its voltage to the low voltage wire. In the best-case scenario, you will destroy the devices attached to the ethernet cable because those items are sensitive.

They were not designed to receive such high voltage. In the worst-case scenario, you may start a fire. You can mitigate some of the disadvantages of this practice by using shielded wires.

But shielded cables are complicated because you must connect them to shielded and grounded components. In other words, buying a shielded ethernet cable means upgrading the links in your system, which is not only inconvenient but potentially expensive.

You can take other steps, such as keeping the cables away from devices that cause interference, crossing the wires perpendicularly, and following your local electrical regulations. But you cannot completely eliminate the threat of interference.

Can Cat6 Be Run Next To Power?

You can’t run unshielded cabling next to electrical wires because the high voltage cord disrupts the ethernet cable’s magnetic field, either preventing transmissions or slowing the rate of data transfer to a crawl.

But you can run a shielded Cat6 cable next to power because the resistance to electrical interference is enhanced. It is less likely to suffer the consequences that plague other cables that neighbor electrical wires in the same conduit.

Cat6 cabling has a reputation for resisting electrical interference, which is why many companies use it for high-speed data transfers. This is true for unshielded Cat6.