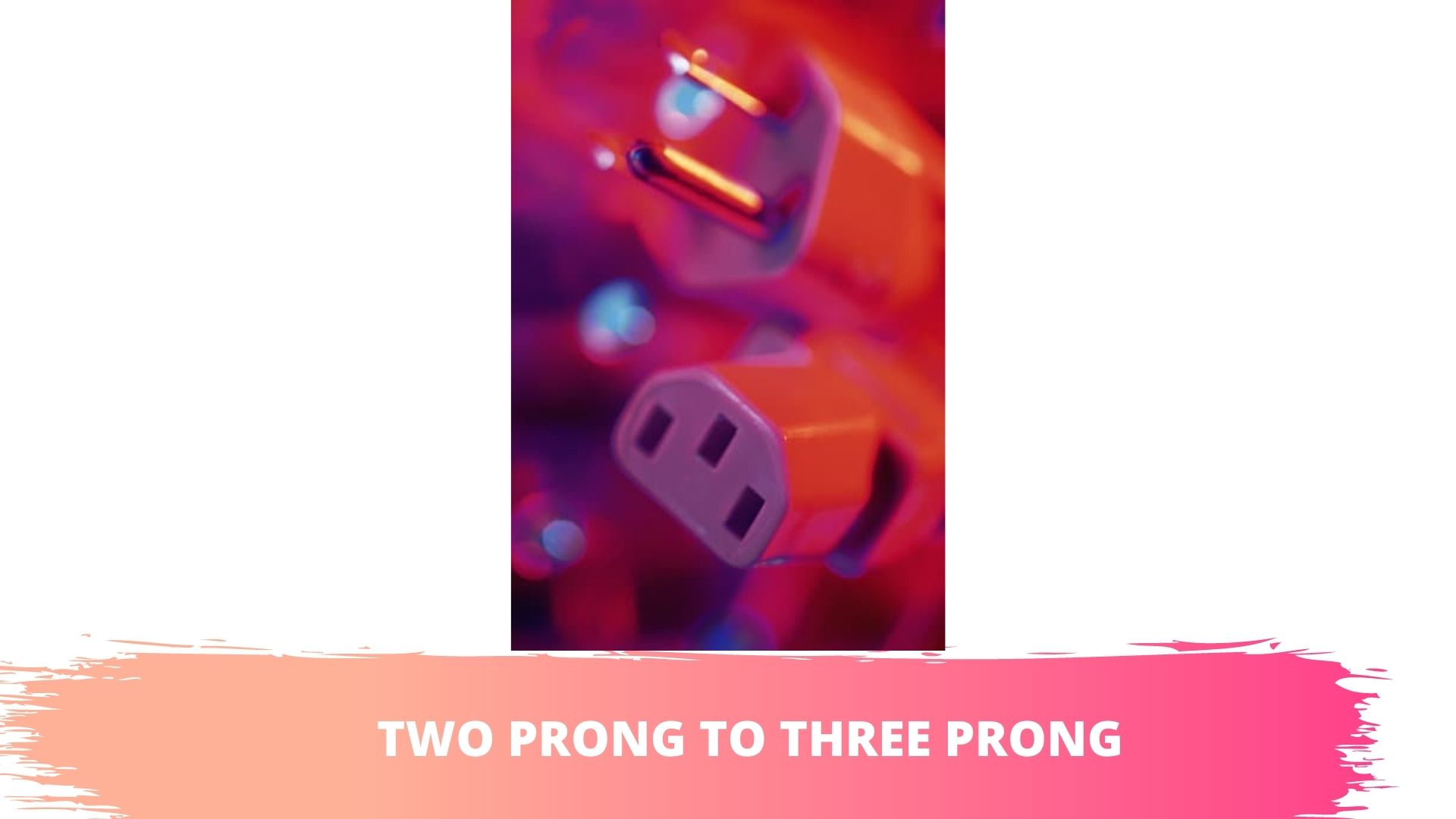 Can You Plug A 2 Prong Into 3 Prong Extension Cord?

Yes, you can. This practice doesn’t have any significant downsides, at least not in the short term. Neither the appliance nor the extension cord will malfunction.

Is It Safe To Plug 2 Prong Into 3 Prong Extension Cord?

The practice is only safe if the appliance and extension cord continue to operate as expected. If a malfunction occurs in either device, the consumer runs the risk of being electrocuted.

Such accidents happen because a 2-prong plug doesn’t have a grounding prong. That third prong on the extension cord plug provides the grounding, which delivers additional protection. But the appliance cannot enjoy that same protection unless its plug has a grounding prong as well.

For maximum protection, you must plug a 3-prong plug into a 3-prong outlet.

This is why people are cautioned against fitting a three-prong plug into a two-prong outlet by removing the plug’s third prong. While it is convenient, the habit elevates the risk of electrocution.

2 Prong VS 3 Prong Extension Cord – What is the Difference?

The average 2-prong plug has a neutral prong and a hot prong. The holes in an outlet have similar designations. Attaching a 2-prong plug to an outlet completes the circuit, allowing the current to flow from hot to neutral.

This powers the appliance. In the absence of a third grounding plug, if a malfunction occurs, the electricity will follow the path of least resistance, which is normally the metal casings and components of appliances and gadgets. As you may have guessed, this can lead to the consumer’s electrocution.

From what I have seen, appliances with metal cases use three-prong plugs for this very reason. The third prong prevents the metal casing from becoming a danger to the user.

This is why consumers are encouraged to use appliances that have three-prong plugs. The third prong creates a path that leads the electricity to the main ground connection.

Heavy-duty extension cords, on the other hand, typically feature three-prong plugs because people use them to operate power-hungry appliances. This isn’t always the case. But it is the safer option, especially where devices like refrigerators and heaters that draw enough current to kill consumers and burn houses are concerned.

Three prongs became the standard in 1969 when Underwriters Laboratories demanded that 3-prong plugs and outlets become the norm. The organization did this because they had determined that 3 prongs were safer than 2 prongs, and they were not the only ones.

In the decades that followed, 3-prong plugs and outlets became commonplace in commercial and residential settings. For that reason, many consumers have older two-prong appliances and they have no choice but to plug them into newer three-prong outlets. But the superior option is to plug a three-prong appliance into a three-prong extension cord or outlet.

How To Plug A Two Prong To Three Prong Extension Cord?

You can plug a 2-prong plug into a 3-prong extension cord in the same way you would a 3-prong plug. But if you want the added safety of a third prong, you can use a 2-3 prong adapter. These devices have a small grounding prong that can be connected to a grounding source.

Before they proceed, AC Connector wants consumers to check the outlet using devices such as the Klein Tools RT210 Outlet Tester to determine whether or not it is grounded. If the outlet isn’t grounded, the adapter won’t do you any good. The grounding prong in the adapter requires a grounded outlet.

You should also keep an eye out for damaged outlets with frayed wires. They are fire and electrocution hazards. If you suspect that your extension cords and outlets are not grounded, you should call an electrician. They will make the relevant updates. You should consider asking them to add GFCI outlets. The GFCI technology resolves the grounding issue. It shuts the power off when a malfunction occurs, preventing electrocutions.

If you have neither a grounded outlet (or plug) nor GFCI protection, you shouldn’t unplug appliances when they are in use. However, once they serve their purpose, you should always unplug them. Though, these steps do not completely eliminate the risks associated with ungrounded outlets and 2-prong plugs.

Can You Plug A 3 Prong To 2 Prong Extension Cord?

If an extension cord’s socket has just two slots, you have no way of forcing a plug with 3 prongs into those slots. The third prong will get in the way. Some people respond to this issue by removing the third prong.

Is It Safe To Plug A Three Prong To Two Prong Extension Cord?

A professional electrician will tell you that plugging a 3-prong plug into a 2-prong extension cord may result in a fire or electrocution or both. But that is only true if something goes wrong.

From HowStuffWorks has said,

It is clear that the third prong acts as the grounding prong.

In the absence of that third prong, if a device malfunctions and the current diverts from the appropriate path, the resulting shock may injure or kill you.

Are There Any Benefits With Three-Prong to Two-Prong Extension Cord?

This practice is not beneficial. You don’t gain anything by plugging a 3 prong to 2 prong extension cord. If anything, you will end up destroying a good plug, assuming you have chosen to remove the third prong.

How Do You Plug a 3-Prong To A 2-Prong Extension Cord?

Not everyone does this. Some people use an adapter that has two prongs in front and three slots in the back. Attaching a 3-prong plug to such an adapter allows you to connect the appliance in question to an extension cord with outlets that have 2 slots.

Paschal has noted that you cannot count on an adapter to provide grounding protection unless you remember to connect the metal tab on top of the adapter to the outlet.

In most cases, you are better off pairing a 2-prong extension cord with a 2-prong plug. According to LSU AgCenter, some devices (such as drills) come with 2 prongs. But they have double insulation which provides grounding to the metallic components.

2-prong plugs and extension cords are dangerous because fires and fatal shocks can occur if the appliance in question or the extension cord malfunctions.

You are better off plugging a 3-prong plug into a 3-prong extension cord. A 2-prong plug is only safe if it is double-insulated. Otherwise, unless you have an adapter and you remembered to connect the small metal tab, you should only use plugs, extension cords, and outlets that are properly grounded.