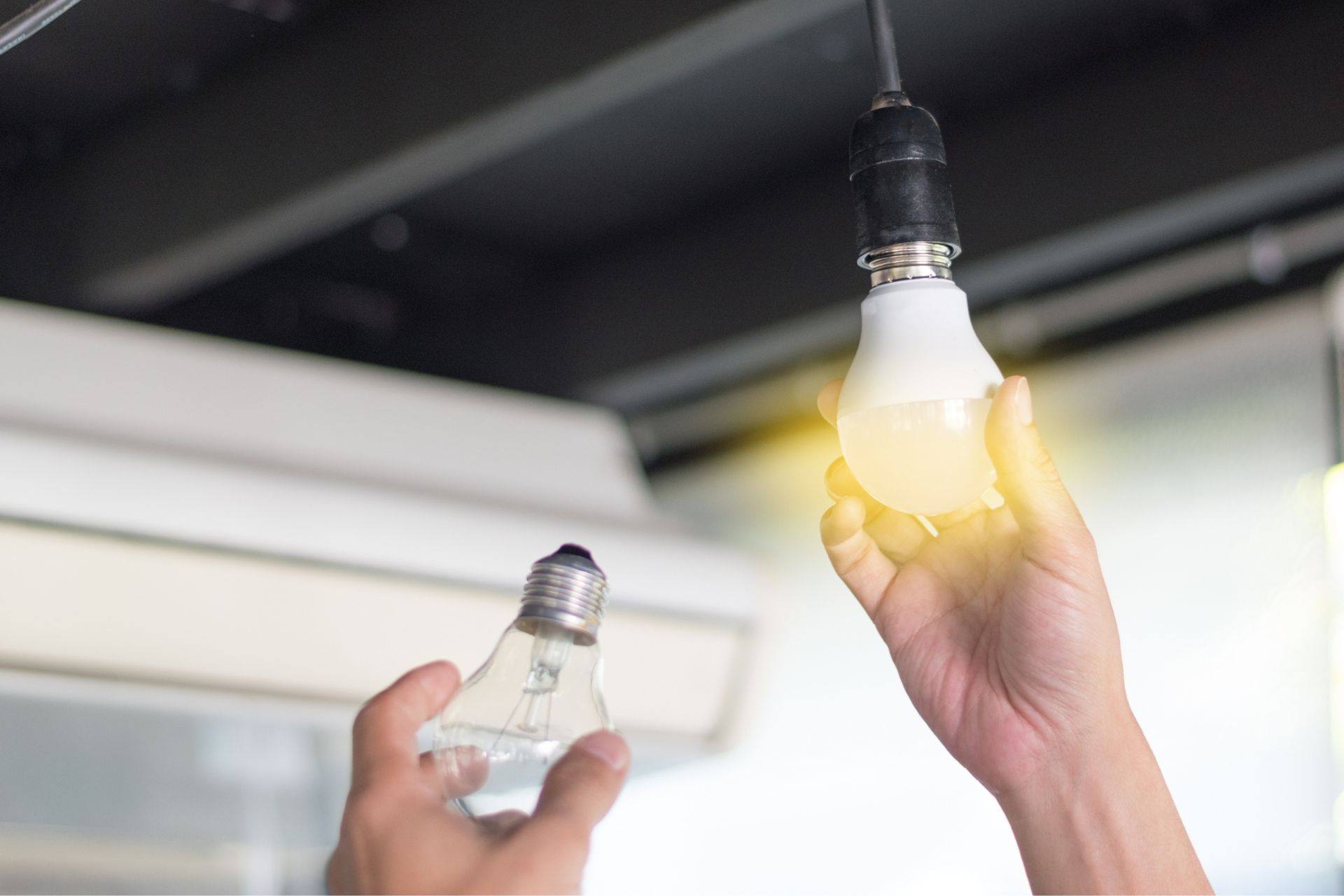 I understand the reason why some people are hesitant to embrace LEDs. Ultimately, they are the more expensive option. However, because they last longer, you are guaranteed to save money in the long run. The upfront costs shouldn’t scare you. That being said, if your house is full of incandescent bulbs, the notion of replacing the bulbs with LEDs will give you pause because you can’t help but wonder whether the LEDs can fit in the pre-existing light fixtures. This concern is legitimate.

Can You Use LED Bulb In Any Fixtures?

You can use an led bulb in any fixtures

LED bulbs fit the average incandescent light fixture. You have to take precautions in some situations. For instance, you can’t use LEDs in enclosed fixtures. However, manufacturers design fixtures with various types of bulbs in mind. They don’t want consumers to change fixtures whenever they introduce new lighting options.

Things To Consider While Using LED Bulb In Light Fixtures?

LED bulbs can work in most light fixtures. However, you have to keep the following factors in mind while determining an LED bulb’s compatibility with certain light fixtures:

1). Match The Fitting To The Fixture

The fitting is probably the most important factor in this equation. The fitting is the base of the bulb. This section enters the fixture.

You have to match the fitting to the fixture.

There are two fitting options. GU10 consists of a base with two small pins. You have to push the bulb into the holder before turning it slightly.

E27 has threads. You basically screw the bulb into the fixture. The fitting will tell you whether or not a particular LED bulb can fit the fixtures in your home. This applies to every bulb type, not just LEDs.

Pay attention to the size of the mounting base. You want the dimensions to match. If they don’t, you cannot secure the LED in the light fixture.

3). Match The Rating Of The Fixture

The wattage is even more important than the fitting. You should match the rating of the fixture to the wattage of the bulb. The bulb’s wattage shouldn’t be significantly higher or lower than the fixture’s rating.

The goal of matching the fixture’s rating to the bulb’s wattage is to protect them both. However, an LED bulb wattage requires careful interpretation.

For instance, a 60W LED doesn’t use 60 watts. Instead, it will generate light comparable to 60W incandescent bulbs. Therefore, you won’t cause any harm by using an LED bulb whose wattage exceeds the rating of the light fixtures.

People tend to apply terms like ‘Bulb’ and ‘Lighting’ broadly. They don’t always realize that LED tubes are different from LED bulbs until they buy the tubes. Tubes can work in pre-existing light fixtures.

However, you have to remember that LED tubes exist in different types. Direct drop-in replacement tubes can enter existing fixtures with relative ease, precluding some exceptions.

On the other hand, you need fluorescent and ballast-free fixtures to accommodate retrofit LED tubes. But this discussion only matters if you’re actually tempted to buy LED tubes instead of bulbs.

Even though LEDs can fit any light fixture, you should think about buying LED light fixtures. First of all, you can find them in various sizes and styles.

Secondly, they can work in every setting you can imagine. If you have LED bulbs that don’t work in traditional fixtures, use LED fixtures. Fixtures were designed with LED bulbs in mind.

If you treat them well, they will last for several years. Even though they are more expensive than conventional fixtures, LED fixtures will pay off in the long run.

Why Do LED Light Bulbs Not Work In Some Fixtures?

However, this is not your biggest problem. You don’t want to see LEDs in enclosed fixtures.

Despite everything they bring to the table, you can’t use led bulbs in enclosed fixtures because

If you’re determined to keep your bulb in an enclosure, look for bulbs the manufacturers have rated for enclosed fixtures. They can survive in the enclosure without suffering significant damage.

But that raises a question. Can the LED bulb work in all other non-enclosed light fixtures? Not necessarily. You still have one more problem. Is the LED the only bulb in the light fixture, or have you paired the LED with an incandescent light?

I hate the idea of putting different types of bulbs in the same fixture. You may damage the LED. If it survives, the LED may flicker incessantly because the incandescent light uses too much power.

This creates confusion in the fixture because it doesn’t know how to manage the amount of power it is sending to the different bulbs. If the bulbs are near one another, the incandescent light should worry you.

Incandescent bulbs produce too much heat. In fact, some people have refused to buy LEDs because they use incandescent lighting to augment the heating systems in their homes.

That heat can melt an LED’s plastic components, starting a fire. Therefore, you should stick to one bulb type. If you prefer incandescent lighting, add incandescent bulbs to all the fixtures.

If your heart is set on LEDs, use LEDs everywhere. At the very least, you will create a uniformity that enhances your home’s appearance.

The Guardian doesn’t want consumers to replace their incandescent bulbs one at a time as they fail. They think you’re better off eliminating all the incandescent lighting at once. This is the only way to lower your energy bill.