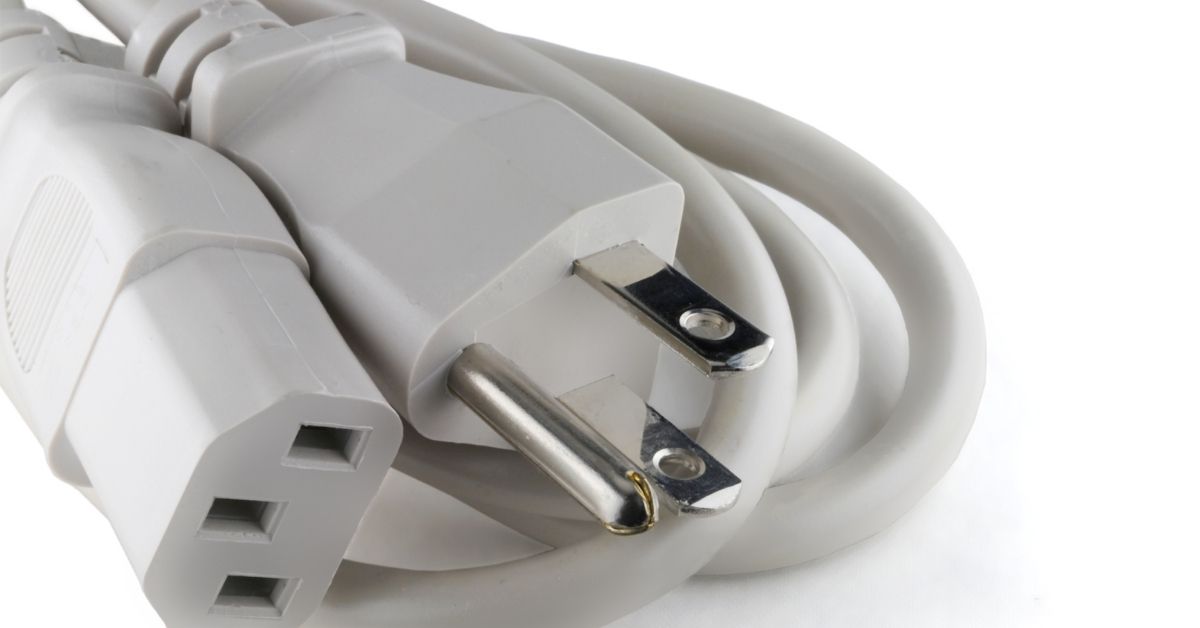 Extension cords can be grounded or ungrounded. Grounding is a safety feature that every consumer is encouraged to prioritize whenever they go extension cord shopping because it could protect them from an electrical shock if a short circuit occurs down the line. Many people do not appreciate the grounding on their extension cord because they do not understand what it does.

What is A Grounded Extension Cord?

Most extension cords have a minimum of two prongs. A grounded extension cord has a third prong that, according to provides excess current a return path to the ground. This protects consumers and their equipment.

Many light-duty extension cords come with two prongs. They are not grounded because you are supposed to pair them with appliances that do not use a lot of power. Heavy-duty cords are grounded because they are designed to transmit large amounts of current, which makes them dangerous.

But such surges are only problematic where medium and heavy-duty appliances like space heaters and fridges are concerned. You don’t need to use a grounded extension cord to operate lamps, clocks, and other simple devices because they do not draw enough current to present a significant threat

Why Do Extension Cords Need To Be Grounded?

Because the grounding will protect the consumer from electrocution. Electrical shocks can occur when a malfunction allows a current to run through the metal casing of an appliance.

An extension cord that isn’t grounded doesn’t have any earth protection. It cannot provide a path for the current if a loose conductor ever touches the metal components of your appliance. In other words, you run the risk of being electrocuted.

Additionally, any excess current your appliance encounters could destroy it. But that is only in situations where a malfunction has occurred. At the end of the day, an appliance that is plugged into an ungrounded extension cord will work.

If nothing goes wrong internally or externally, nothing bad will happen to you or your appliance. Grounding only becomes useful when things go wrong. But that is why it is so important. You never know when a malfunction will occur.

Is It OK To Use An Extension Cord Without A Ground?

How Do I Know If Extension Cord Is Grounded?

Technically speaking, grounded and ungrounded extension cords are the same. Or at the very least, you can use either option to operate your appliances and electronic devices. Neither option will change the way your appliances work. However, grounded extension cords have a third prong that sends any extra current it encounters to the ground, protecting you and your devices.

How To Ground Extension Cord?

You should only add three-prong plugs to extension cords that have three wires.

What Is The Ground Wire On Extension Cord?

The ground wire is the green wire. If the plug is colour-coded, the green wire will connect to the green screw. It is normally included in power cords attached to appliances with metal cases.

If a fault occurs, such as detached wires or damaged insulation allowing the metal casing and a hot conductor to come into contact with one another, the ground wire will protect the consumer from electrocution if they touch the metal case.

If the grounding wire is absent, a malfunction could cause the metal case to electrocute anyone that touches it.

Can You Cut The Ground Plug On An Extension Cord?

It is a very bad idea. The third prong on a plug is essential because it gives electricity a path through which it can flow if a fault or malfunction occurs. Removing the third prong eliminates the protection provided by the grounding wire.

If the metal case of an appliance becomes electrified, it will electrocute you. People remove the third prong because they want to plug an extension cord with three prongs into an outlet with just two slots.

This happens more frequently than people realize. For many people, the third prong will break off while they are trying to pull the plug out of the outlet. In other words, the prong will get stuck in the outlet, forcing them to remove it before they can use the outlet.

You have to shut the power to the outlet off at the circuit breaker panel before you attempt to remove the prong.

Once the prong is out, you are technically free to use the extension cord even though the plug has only two prongs. The practice is risky, which is why it is discouraged by electricians. But the absence of a third prong will not stop the extension cord from working.

Is It Safe To Use An Extension Cord With A Broken Ground?

How Do You Fix A Broken Ground Prong?

If the ground prong breaks off, you cannot put it back. The easiest solution is to replace the entire extension cord. If you don’t want to throw the old extension cord away, you can just replace the broken plug with a new one. The process involves the following:

2). Cut the old plug off. You can do this with a knife. You can use that same knife to remove half an inch of the outer casing on the cable. Do not cut the wires on the inside.

3). Remove half an inch of insulation from each of the wires inside the cable.

5). Turn the screws until they are secure. Re-assemble the plug. If you connected the wires to the right terminals, the new plug will work just like the old one.