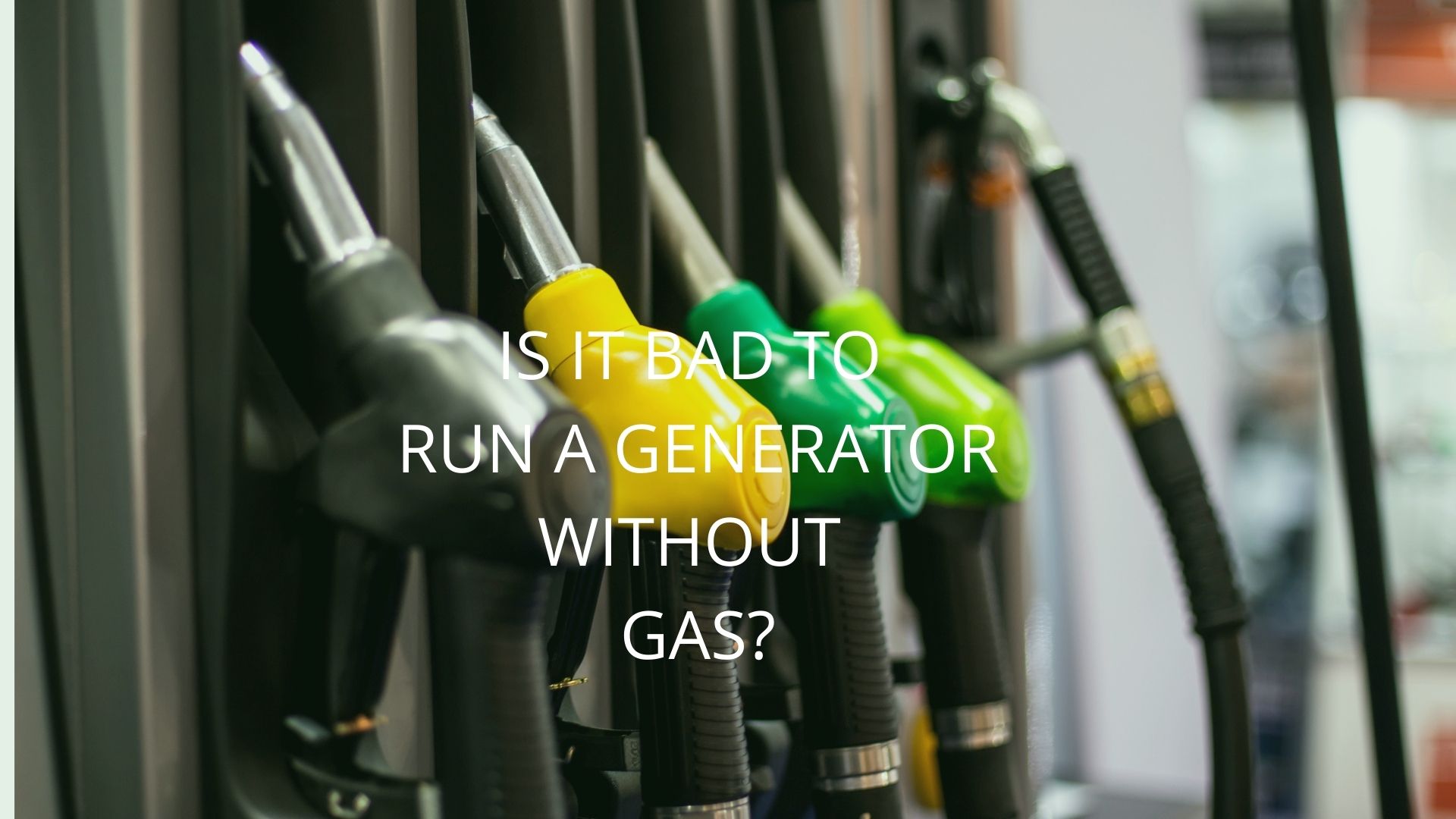 Portable generators require refueling after just 4-8 hours of usage and, in some cases, due to negligence on the part of the user, may run out of gas. Though to some, it may not seem like a big deal. Is it Bad to run a generator out of gas?

It is disastrous to run a generator without gas because it can demagnetize the coil and may ruin your generator and appliances. Furthermore, air bubbles may get trapped inside the fuel system, And mostly because of air bubbles generator won’t start.

Generators Are Convenient but Only as a Backup

Portable generators are often used as backup power sources for when there is a blackout. While they are ultra-convenient, they are only meant to be used as a backup and not as a primary power source.

Generators, especially the smaller ones, demand constant fuel monitoring as they are notorious for running out of fuel, but that is not to say that they are not useful.

People living on the Atlantic coast need no convincing about the merits of portable generators. Since June 1st to November 30th is hurricane season, and that often means a city-wide blackout, portable generators remain in high demand.

Granted they can only power up some appliances, but that is still miles better than nothing, but what about when they run out of gas?

Is It Bad to Run a Generator out of Gas?

We’ve established this much, and we can ascertain it beyond any shred of doubt that it is indeed very hard to run a generator out of gas. But why exactly and how does it harm the generator? This is what we intend to answer.

Generators operate on electromagnetic coils that produce a voltage when provided with an energy source such as fuel. As long as the fuel, or in this case, gasoline, powers these coils, they will provide a constant power supply to your home.

However, when the gas is running out and only the last vestiges of fuel remain, these coils may be damaged unless you refuel immediately.

When a generator runs out of fuel, the connected appliances start draining the residual magnetism of these coils.

To clarify, although the coils become electromagnetic when the generator is turned on, they do have a residual magnetic potential too which is a prerequisite for the former.

When the load is abruptly stopped, your generator’s coils become demagnetized, at least partially.

It is possible that upon restarting, your generator may turn on but not generate any power. Although these coils can be tuned at a small fee, the inconvenience it creates is far more expensive in terms of human effort and time.

The entry of air inside the fuel system

Another equally troublesome consequence of running a generator out of fuel is that air bubbles may get trapped inside the fuel system. This is not bound to happen every time, but there is a fair chance. People often complain that their ’generator ran out of gas and now it won’t start’, and mostly it is because of trapped air bubbles.

If this is the case, you will have to push a primer button to expel the air, if there is one.

Otherwise, pull up your socks and continually pull the cord until the air is manually expelled and the generator turns on.

If nothing works, take out the fuel line, prime it with fuel and then reinsert. Of course, you can avoid all of this hassle by not letting it run out of gas in the first place.

How to (Properly) Drain Out Gas before Storing Your Generator?

Some people (falsely) claim that running your generator out of fuel before storing it is a good idea.

Draining out gasoline is highly recommended as the ethanol-blended fuel can be corrosive over time when exposed to atmospheric moisture.

However, this is not the proper way. As described in earlier sections, running your generator out of gas is not recommended, so here’s how you should drain the fuel:

The next time you use the generator, remember to put in fresh fuel to avoid damaging the unit and use the aforementioned protocol to drain out fuel instead of running it dry.

Since portable generators are prone to running out of fuel before you know it, you can preempt the problem by switching to a residential generator (they can also be used to power small offices).

These generators can be set up to be fed by an underground fuel reservoir, such as a 250-gallon tank.

This means that you will not have to constantly monitor the fuel levels of your generator and refuel it time and again. Residential standby generators also offer several additional benefits including:

Hopefully, by now you get the answer. To ensure the longevity of your portable generator, ensure that you use fresh fuel and monitor its fuel levels constantly to avoid the problem. Alternatively, you can switch to larger residential generators to save yourself from the hassle.