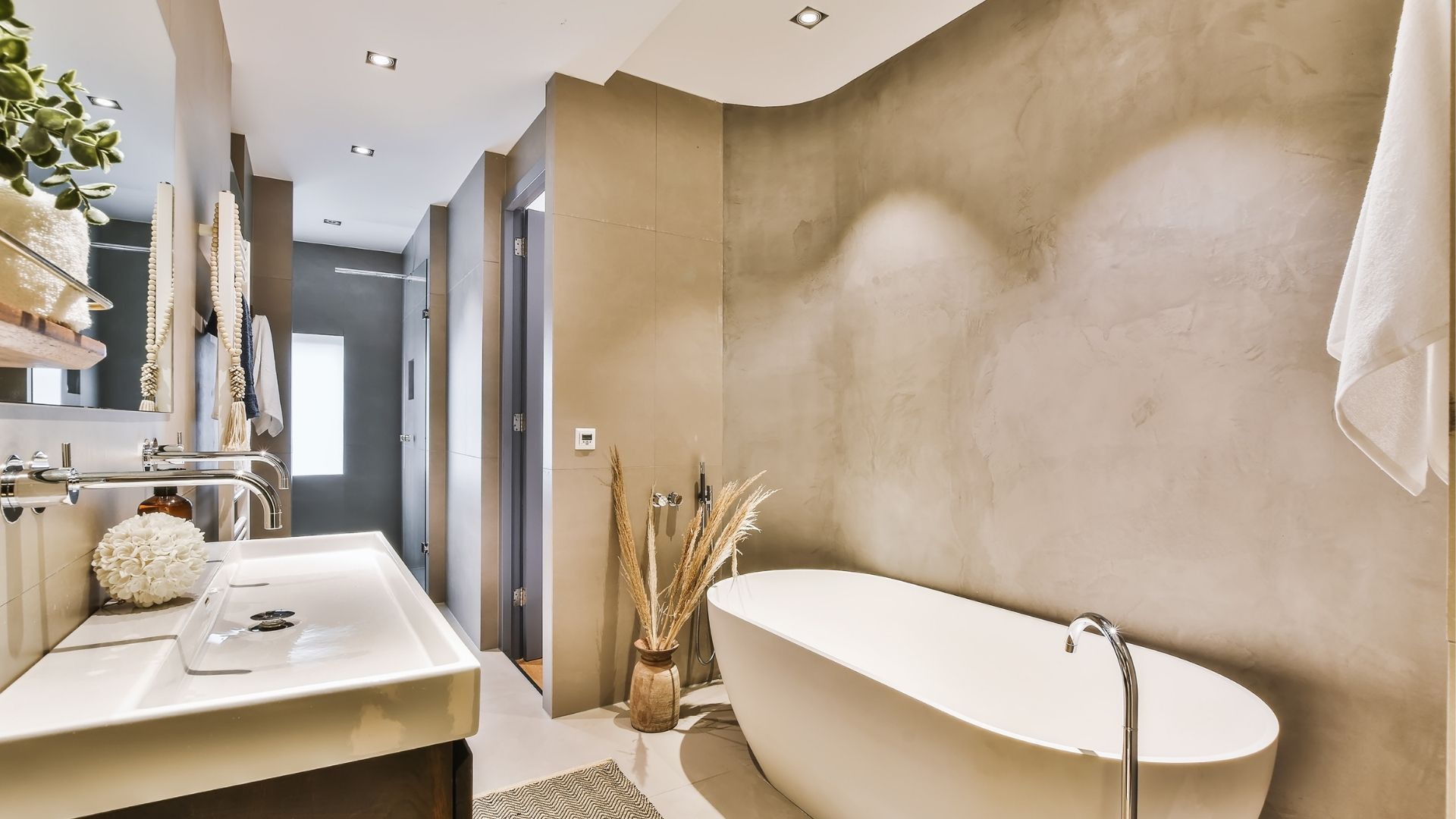 Do you have a light switch in your shower? If you do, you are probably questioning whether the switch is safe. If you’re thinking about renovating your bathroom, you may wonder whether the authorities have anything to say about the location of the light switch. Believe it or not, there are some guidelines for you to follow. As this guide will soon explain, you can’t just place the light switch wherever you want.

How Far Should A Light Switch Be From A Shower?

They want to know that they can switch the light on or off at a moment’s notice without leaving the shower. However, the diagrams Fair Trading has published show that you can’t install the light switch inside the shower space.

You can keep a shaver outlet a few meters from the shower, but not the light switch.

You should leave this decision in the hands of a contractor.

You cannot rely on the law to dictate the distances you should observe, which is why professional contractors are so important. They can use their experience to identify the perfect distance between the light switch and the shower.

Some local codes are more detailed than the NEC. If your local code has something to say about the light switch, you should obey its guidelines. Otherwise, let the contractor do what he thinks is right.

Where Should A Light Switch Be Placed?

Again, most building codes won’t tell you anything specific about the best location for a bathroom light switch. However, you can use some of the information they’ve provided about switches in general to make a decision. Consider the following:

Some places have laws encouraging homeowners to make light switches easier to reach for disabled people. The exact height recommendations will depend on the organization.

Whether you want to install the switch inside or outside the bathroom, keep an 8-inch distance between the switch and door frame.

If you live in the US, contractors get the 8-inch rule from the Fair Housing Act. It is common practice to install light switches near the door, allowing homeowners to turn the lights on as they enter a room.

3). Light Switch Inside Is Better

You can place the light switch inside or outside the bathroom. However, I think that inside is better. If you install the switch outside in the hallway, any passerby can turn it off intentionally or unintentionally.

As you know, bathrooms are dangerous places. People slip and fall in bathrooms all the time. An ABC News article from 2011 blamed bathroom injuries for over 200,000 ER visits.

Sudden darkness in a bathroom can lead to accidental falls. You are better off keeping the switch inside the bathroom.

4). Use Switch Rated For Damp Location

GFCI protection is not enough. What is the rating of your switch? If you want to install the device near the shower, invest in switches rated for damp locations. Additionally, I suggest you to invest in lights with pull cords.

You don’t have to worry about touching a pull cord with wet hands. Don’t forget to enclose the light fixtures. You don’t want to make the bulbs wet.

What Does The NEC Say About It?

The section from chapter 38 of the NEC prohibits people from placing switches in a wet location. A shower is a wet location. Therefore, you cannot place a switch in the shower. In fact, you cannot add the switch to any site where the spray from a shower can reach it.

Can A Light Switch Be Near A Shower?

According to NEC, you cannot install switches next to or inside a shower space. This applies to bathtubs as well.

The Spruce mentions something similar. They want consumers to keep a hot tub’s timer switch at least five feet away. Admittedly, the timer switch is not the same as a light switch. But the objective is the same. They want to prevent electrocution.

Electricity and water are enemies. You don’t want the shower to make the switch wet. If the switch gets wet, a short circuit could occur.

Many people want to install the switch near the shower because they want to turn the lights on and off without leaving the shower. Unfortunately, this practice is dangerous because the user has to touch the switch with wet hands.

This puts you at risk of electrocution. What if you’re determined to put the switch in the shower regardless of the risks? What can you do to make this practice safer? Surprisingly, you have more options than you realize:

Get a light with a remote. Even if the switch is outside the bathroom, you can turn the lights on and off by pressing a button on a remote. You can keep the remote on a wall nearby, like a switch, where you can reach it whenever the need arises.

The NEC allows consumers to keep switches inside wet locations if you place them in weatherproof enclosures. Many homeowners add cabinets in their bathrooms to protect outlets, switches, and circuit breakers.

This is one of the most effective solutions you have. It keeps the switch in the bathroom while defending it against moisture. But you should hire a contractor to build, add, and inspect the cabinet. They can determine whether or not the cabinet can keep water away from the switch.

3). Use Switches Rated For Wet Location

Use switches rated for use in wet locations. They can withstand water and moisture for extended periods.

4). Place A Barrier Between Shower & Switch

Use light fixtures with pull cords. You should also ask your contractor to recommend a shower with a switch. You can use a switch inside the shower if the switch is part of the shower.