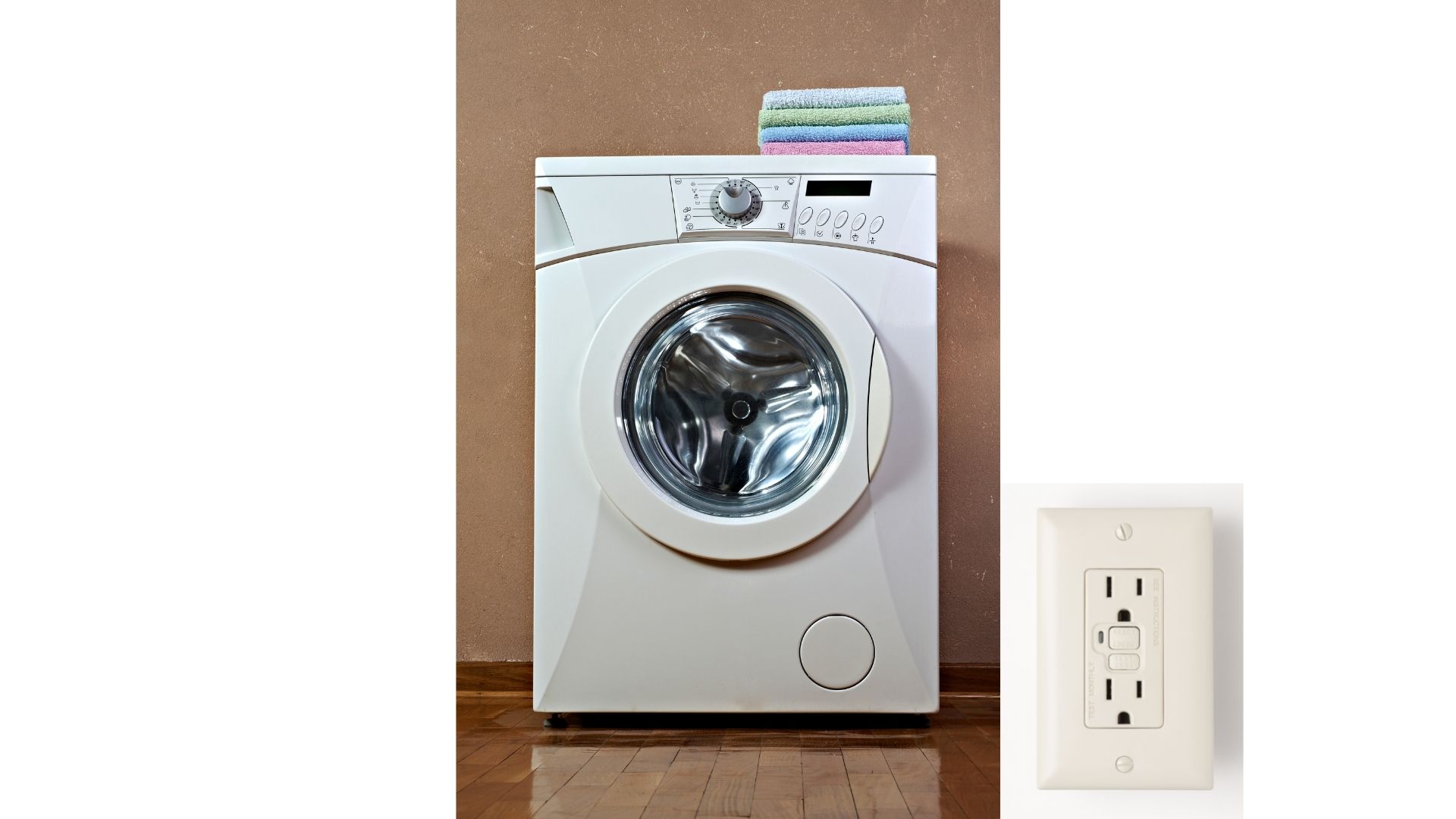 A tripped GFCI is an annoyance because it will interrupt your work. Therefore, if your washer keeps tripping the GFCI, you will probably respond quickly. After all, the washer won’t work until you fix the problem. But what could cause a GFCI to trip? More importantly, what can you do to prevent the washer from tripping the GFCI?

Why Does My Washer Keep Tripping The GFCI?

Your washer keeps tripping the GFCI because of a fault upstream, electrical leak, bad outlet, faulty GFCI, and malfunctioning washer.

You don’t have to wonder whether or not the washer has tripped the GFCI. It will let you know by popping the ‘RESET’ button out. A tripping GFCI is a nuisance because it cuts the power off, preventing the connected appliance from working.

If the GFCI trips again, the GFCI has a fault. But if the GFCI keeps working, the washer is the problem. Unfortunately, several factors can cause a washer to trip a GFCI, including:

Does the washer have a dedicated GFCI? Or are you using one GFCI upstream to protect several outlets downstream?

It makes more sense to use one GFCI because you can save money. GFCIs are not cheap, and some people cannot afford to buy a GFCI for every outlet in their home.

However, this approach is problematic because a fault on one outlet can trip the GFCI, depriving all the outlets of power. Before you blame the washer or its outlet, you have to consider the possibility that a fault keeps occurring somewhere else.

Disconnect every appliance and reset the washer’s GFCI. Try operating the washer. If it works without tripping the GFCI, you can conclude that another appliance on another outlet was the problem.

GFCIs respond to ground faults. I don’t suggest using electric motors on GFCIs because they leak. You can blame this on the presence of moisture and dirt in the motor.

The GFCI may interpret the leak as a ground fault. It will trip whenever you activate the washer because it keeps detecting a ground fault. Electrical leaks are no laughing matter.

If the current leaks to a metal component, such as the case of a motor, the metal component will electrocute anyone unfortunate enough to touch it. Fortunately, the average home has a breaker that reacts to situations of this sort. The circuit breaker will trip

What if the outlet is bad? Again, GFCIs respond to ground faults. They do their work by observing the incoming and outgoing currents.

A GFCI may detect an imbalance because of a loose wire in the outlet, tripping because it thinks a ground fault has occurred.

GFCIs are not invincible. They have finite lifespans. Additionally, they can fail. A GFCI can interpret a leak that occurred because of the GFCI’s loose wires as a ground fault.

Other potential causes of incessant tripping, include worn-out insulation and the presence of moisture, dust, and debris inside the GFCI.

A malfunction inside the washer can trip the GFCI. Several potential washer malfunctions can cause electrical problems. For instance, exposed door latch wires can cause an internal short circuit.

Also, washers have timers and components that control the cycles. They can fail because the connections overheated and melted together. This outcome is not that surprising because washers are powerful tools that use a lot of electricity.

These appliances are more than capable of melting wires if things go wrong. Melted wires and short circuits can cause leaks which, in turn, can trip the GFCI.

Malfunctions inside the washer are irritating because the layperson doesn’t have the skill to disassemble a washer to inspect the internal parts. Even if they open it, this practice is dangerous. You may do irreversible harm to the washer because you don’t understand the workings of a washer.

How To Prevent The GFCI From Being Tripped By Washer?

You can’t prevent the washer from tripping the GFCI. After all, you won’t know that the washer or outlet has a problem until they trip the GFCI. You have to wait for the GFCI to trip to take action.

Start by finding the cause. Plug other items into the GFCI and observe their response. If the GFCI keeps tripping, it has a problem. You have several responses to this situation, including:

1). Disconnect other equipment from the GFCI. You can occasionally trip GFCIs by overloading them with appliances. Buy a leakage current clamp meter. It will provide answers.

2). You should think about getting a new GFCI. Rather than attempting to understand the problem, a new GFCI will give you peace of mind. They are more expensive than ordinary outlets. However, the cost is still manageable for the average homeowner.

A technician can try and fix the GFCI. But you won’t trust it again. You won’t have confidence in the GFCI’s ability to keep you safe.

3). Look for problems with the other outlets the GFCI protects. Do they have burn marks? Are the wires loose? Can you smell a burning scent? It may take you a while to check every outlet the GFCI protects. You should also check the circuit breaker. Although, you are better off leaving the panel and its breakers to a professional. They can inspect it on your behalf.

What if the washer has an internal fault? What if the appliance has loose connections, melted wires, malfunctioning circuitry, and the like?

I don’t recommend want you to open the appliance. If you suspect blown fuses and exposed wires inside the washer, call an electrician. They will find the problem and make recommendations.

Don’t open the washer unless you know what you’re doing. Even if you find the problem, you don’t have enough knowledge or experience to solve it. For instance, what will you do about a failing water level control switch or a dead motor control board?

Water in the washer can cause a ground fault by allowing the current to leak to the cabinet. How will you identify the water leak? And if you do, how will you plug it?

Leave the washer alone until a professional technician arrives. If the appliance has a warranty, use it to get cheap repairs or a new washer.

Should A Washing Machine Be On A GFCI Breaker?

You have to install GFCIs in places that expose appliances and outlets to moisture. The NEC expects to see GFCIs in laundry rooms. The laundry room is the place where people keep their washers. As such, homeowners cannot help but conclude that a washer requires a GFCI.

GFCI protect consumers and their property by disconnecting the power when a ground fault occurs. But that doesn’t mean you have to plug every device into a GFCI. There are plenty of exceptions.

You have to keep inductive loads like freezers and vacuum systems away from GFCIs. This is because they cause nuisance tripping.

What does this mean? You will probably plug your washer into a GFCI because washers stay in laundry rooms and laundry rooms have GFCI protection. But you don’t have to use a GFCI for the washer.

What Size GFCI Do I Need For A Washer?

Most homes have 15A or 20A outlets. Therefore, your GFCIs will be 15A or 20A. Select the size that exceeds the amperage of the washer.