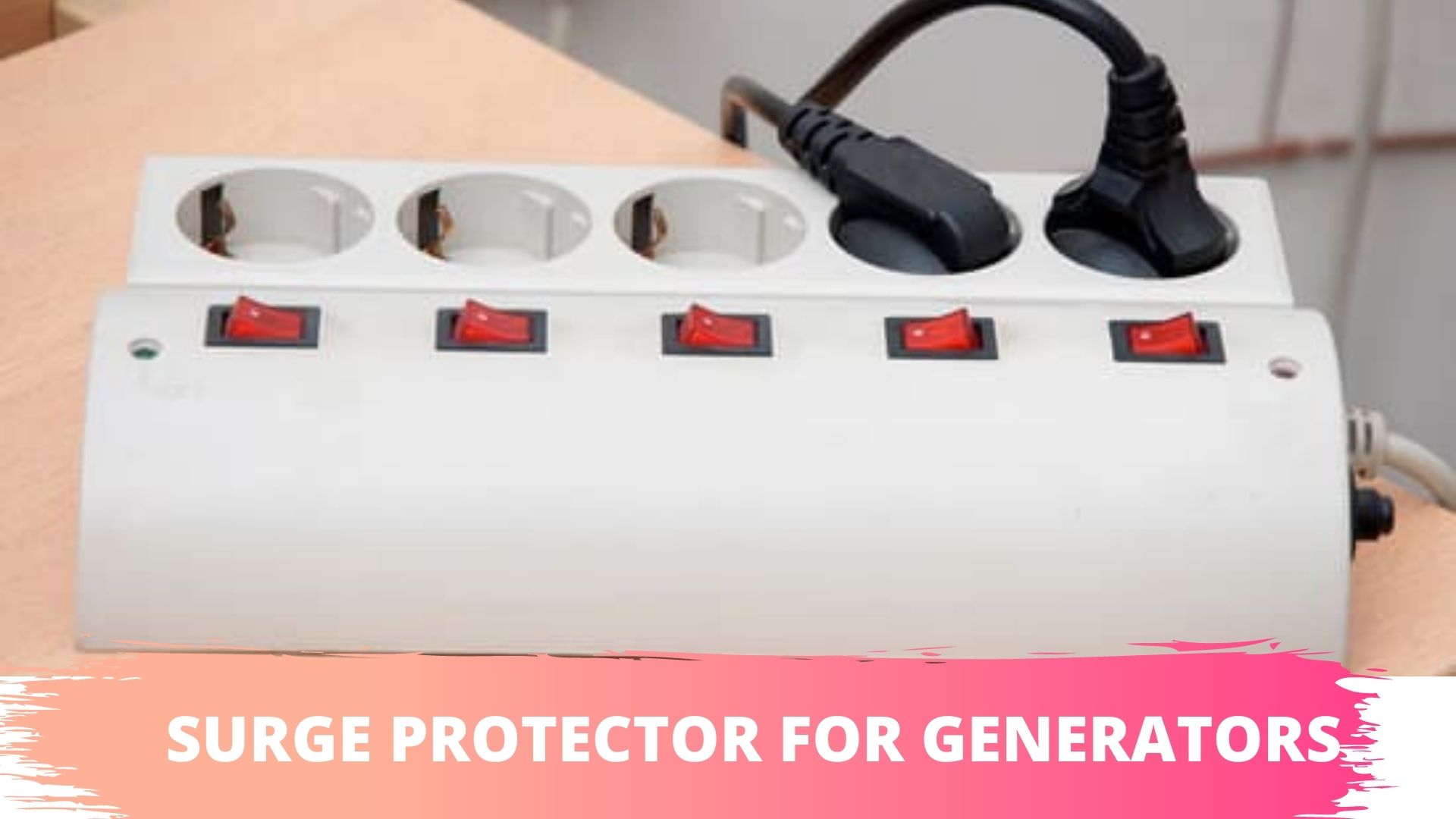 Surge protectors are a vital component of the average home. You need them to protect your appliances and sensitive electronic devices from voltage spikes and surges.

Do You Use a Surge Protector with a Generator?

You should always use a surge protector. It is the only way to safeguard your gadgets. The type of generator obviously matters. Portable, conventional generators are more prone to surges, and if you have one in your home, you are better off using a surge protector.

Inverter generators are less of an issue because they do not have a reputation for generating surges. In other words, you can get away with using them without a surge protector. But if you chose to use one, all the same, no one would stop you. It is better to be safe than sorry.

Will A Surge Protector Work With a Generator?

Yes, you can use a surge protector with a generator. If you believe that a surge from your generator can destroy the appliances and electronic devices in your house, the only way to keep them safe is to attach a surge protector.

The average generator comes with a standard 120V outlet. If you can plug a surge protector into your ordinary household outlet, you can do the same to a generator’s 120V outlet.

It is worth noting that power strips and surge protectors are different. Power strips do not protect against surges. Ensure that the device connected to your generator is a surge protector, not an ordinary power strip. Otherwise, you have left all your equipment exposed to potentially dangerous surges from conventional generators.

Surge Protector Plugged Into Generator – Is it Safe?

Generators are dangerous items. Because they are so loud and they generate toxic fumes, you have to keep them outside. If you want to bring power to a specific appliance, you could plug a surge protector directly into the generator.

More importantly, they have three prongs that provide a defense against fires and electrocutions. An extension cord will extend the generator’s outlet into your home. At this point, you can attach a surge protector.

Can You Use Power Strips With Generators?

Yes, you can use a power strip with a generator. However, you shouldn’t daisy-chain power strips to extend the reach of your generator’s outlet. It is more likely to cause a fire or a system overload. In many regions, daisy-chaining is also a violation of fire safety regulations.

Surge protectors are basically power strips with elements on the inside that can absorb and redirect excess voltage. However, as the Berkley Lab ETA Safety website has noted, power strips are designed to carry a particular load.

You can use them to power smaller electronic devices like computers and radios. However, larger appliances like ovens and space heaters draw too much electricity. They will overload your power strip, regardless of whether it is a plug strip or a surge protector.

But it isn’t enough to buy a generator with the right capacity. If the surge protector isn’t rated to carry the load of all the appliances you have connected to your generator, it could blow.

If you want to buy the best surge protector for your generator, you have to take the following into account:

A good surge protector should have indicator lights that will reveal its lifespan. The best surge protectors will alert you whenever they encounter a surge and suffer damage. This allows you to find a replacement before the next surge occurs.

If you want to know the quantity of energy your surge protector can absorb before it stops working, just look at the joule rating. You need the highest joule rating possible because it will translate into a stronger surge protector that will stay in operation for a longer duration.

Trustworthy surge protectors are always investigated by independent laboratories that will give them a UL Rating which reveals their quality.

Don’t take chances with surge protectors that do not have UL ratings.

With these all considered, I found Yodotek as the best surge protector for the generator! Not only is it good for RV generators but also viable for portable generators. You can check out the price at Amazon Here!

Have you ever stopped to wonder what constitutes a power surge? The average home is vulnerable to several electrical threats. That includes brownouts, which The Money Pit describes as

A scenario where one or more appliances draw more power than the electrical company can re-supply.

You also have spikes. People use the terms ‘spike’ and ‘surge’ interchangeably. But they are not the same thing.

A spike occurs when the voltage increases significantly and unexpectedly, forcing your equipment to contend with dangerous amounts of voltage. Spikes can occur as a result of lightning strikes and malfunctions at the utility pole.

With surges, you have a situation where a powerful appliance draws a lot of power from the grid. When that appliance is switched off, that excess power is distributed through the power lines, causing a temporary increase in the voltage. In many cases, that increase is significant enough to harm sensitive devices. This is why homeowners are encouraged to use surge protectors.

What Do Surge Protectors Do?

A surge protector has components such as MOVs (Metal Oxide Varistors) that absorb excess voltage, preventing it from destroying your appliances by directing it to the ground wire.

For this reason, any homeowner with a surge protector is expected to replace it every two to three years. Better yet, you should think about changing your surge protector whenever a surge assaults your home.

Once these devices protect your appliances from one surge, you have no way of knowing whether or not they will protect you from the next one. Because their defensive mechanisms have become significantly weaker, you are better off getting a new surge protector that you can trust to stand between your equipment and the next surge.

Can Generators Cause Surges?

Do you even need a surge protector for a generator? The technical answer is ‘No’. The average generator has safety mechanisms that prevent the power it generates from surging through the circuits to overload your appliances. However, I will also tell you that the type of generator matters:

According to The Tool Scout, conventional generators, the kind that ran at 3600 RPM, fluctuate. They produce small drops and surges in the power. On the whole, these fluctuations are not that significant.

But they may pose a threat to sensitive gadgets. Inverter generators will only give your home as much power as you need at any given time. They are not prone to surges. You don’t have to worry about these devices destroying your appliances.

However, they activate automatically once the power goes off. With the portable generator, you have to manually flip a switch when a blackout occurs. Standby generators are associated with clean power that does not harm electronic devices whereas portable generators can cause surges.

Generators are supposed to provide backup power in the event of a blackout. But if you have a non-inverter generator, it produces dirty electricity. It is capable of generating surges that could destroy the sensitive components in your electronic devices

This is why people are expected to use surge protectors with their generators. A surge protector has components that absorb the excess voltage produced by a surge, redirecting it to the ground wire.

While generators are supposed to be safe, you cannot always count on them to provide a steady flow of electricity. Even though inverter generators have mechanisms in place to prevent them from ruining your appliances, it won’t do any harm to pair your inverter generator with a surge protector as well.

Just look for the standard 120 V outlet. If you can see one on your generator, you can plug a surge protector into it.