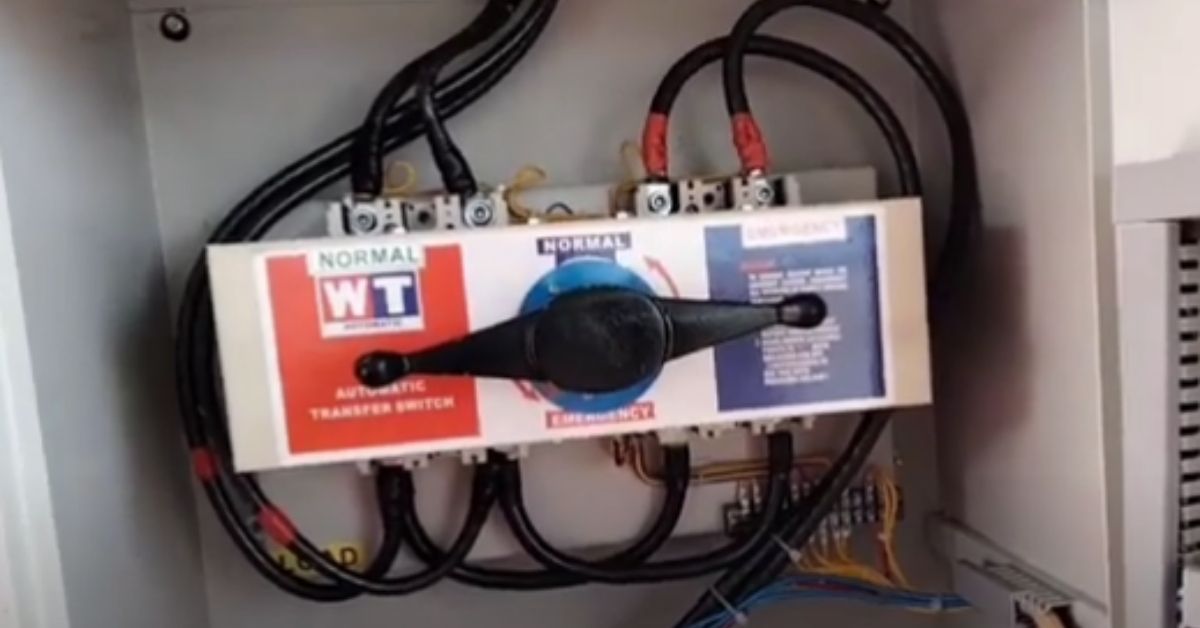 Is the transfer switch not working? You should troubleshoot it before it complicates the operations of your generator. But the process is easier said than done, especially for people that do not have the relevant skills or technical knowledge.

Why Is My Transfer Switch Not Working?

Generator problems that involve a transfer switch not working have several causes, including:

Loose wires are a common problem in electronic devices. This is also true for corrosion. You have to inspect the ATS box routinely for loose wires and corrosion. Otherwise, they will compromise the functionality of the transfer switch.

You should also keep an eye out for damaged wires. The average automatic transfer switch controller has a two-wire start system. In some cases, a surge can destroy the wires. In others, a technician may connect the wires in the wrong way. Either way, the transfer switch won’t work.

Overloading has been known to occur in generators that have been integrated into vehicles such as RVs. A drop in the supply voltage will compel the RV to draw more amperage than normal, resulting in an overload. The resulting heat may destroy the wiring system.

Gen-Tech has identified a similar threat. They called it ”Transient Voltage’. It is a danger to sensitive control boards. If they are damaged, they will prevent the transfer switch from doing its work.

If you trust the controller, look at the solenoids. Find out whether overheating caused them to burn and fail because they were cycling too fast. Many technicians attribute problems in the solenoids to an accumulation of dirt and debris.

Faults in the transfer switch tend to produce a specific set of problems. If you have ever owned a generator with a transfer switch that wasn’t working, you probably observed one or more of the following:

The transfer switch is supposed to switch to the utility once shore power returns. And then, when an outage occurs, it should shift control of the power supply to the generator. But if the transfer switch has a problem, it will refuse to transfer to the utility. As a result, the generator will continue burning fuel even though it doesn’t have to. Or it will leave you in the dark when an outage occurs because it has failed to switch to the generator.

2). Transfer Switch May Switch To The Generator

A faulty transfer switch may switch to the generator when the utility power is still on because the sensor incorrectly concluded that an outage had occurred. The transfer switch may go so far as to alert the consumer that utility outages are happening repeatedly when that isn’t the case.

Admittedly, this isn’t always a source of concern. Some generators will keep running for several minutes after making the switch to utility power to allow the engine to cool.

A faulty transfer switch might fail to detect dangerous low voltage conditions that are more than capable of damaging your equipment. In the worst-case scenario, you could lose your generator, especially if the transfer switch fails to disconnect from the utility even though it has switched to the generator.

The approach you will use to troubleshoot a transfer switch will largely depend on the problem you have observed. For instance:

1). What If The Generator Has Refused To Start?

If your generator has refused to run even though an outage has occurred,  You need to start by shorting the two wires from the controller.

2). What If The Generator Has Refused To Stop?

The manual will also tell you the utility voltage the generator is designed to recognize. If the utility’s voltage is too low, the generator will keep running because the utility power is unacceptable. You can get this information from the control panel on the ATS.

If the utility voltage fits the figures stated in the manual but the generator is still running, the control board of the transfer switch has failed, probably as a result of a surge.

3). What if The ATS Has Refused To Switch To The Generator?

If the transfer switch doesn’t want to switch to generator power, it probably thinks that the generator’s power is unacceptable. You can check the ATS control panel to determine whether or not this is the case.

You can confirm the assessment of the transfer switch by checking the generator’s phase to phase voltage and frequency to ensure that they match the nominal figures stated in the manual.

How Do I know If My Transfer Switch Is Bad?

You shouldn’t assume that your transfer switch is bad simply because the generator has refused to work. You can only lay the blame at the foot of the transfer switch in situations where the shore power is getting to the switch but cannot reach the equipment on the other side.

How Do You Test A Transfer Switch?

Vertiv wants people to take things a step further by inspecting the ATS for physical damage. The list of testing procedures they have provided is extensive. Their protocols, which are based on NFPA rules, expect consumers to perform tests every thirty days. You have to inspect the transfer switch annually.

Testing isn’t a luxury that you can choose to ignore. In fact, many generator manufacturers include testing procedures in their manuals because they want consumers to test the transfer switch.

This is because many organizations rely on transfer switches to switch to generator power during emergencies. One example is hospitals. If the generator fails to turn on because of a fault in the transfer switch, people could die.

How Long Does A Transfer Switch Last?

ATS is good for a hundred thousand operations. It will last for 20-25 years as the range of the average transfer switch.

But you shouldn’t expect your ATS to last this long. As you now know, external factors can cause a transfer switch to malfunction. This can happen within hours or days of you getting your generator depending on the circumstances, in which case you have no choice but to get a replacement.

You should keep the specifications of the replacement transfer switch in mind. The new component should be able to handle the maximum power you intend to use.

Some generators use automatic transfer switches. Once a blackout occurs, they will automatically activate the generator. With other generators, you have to make the switch manually.

After reading all this, you now know what will happen if the transfer switch stops working! So, I suggest you fix it immediately!