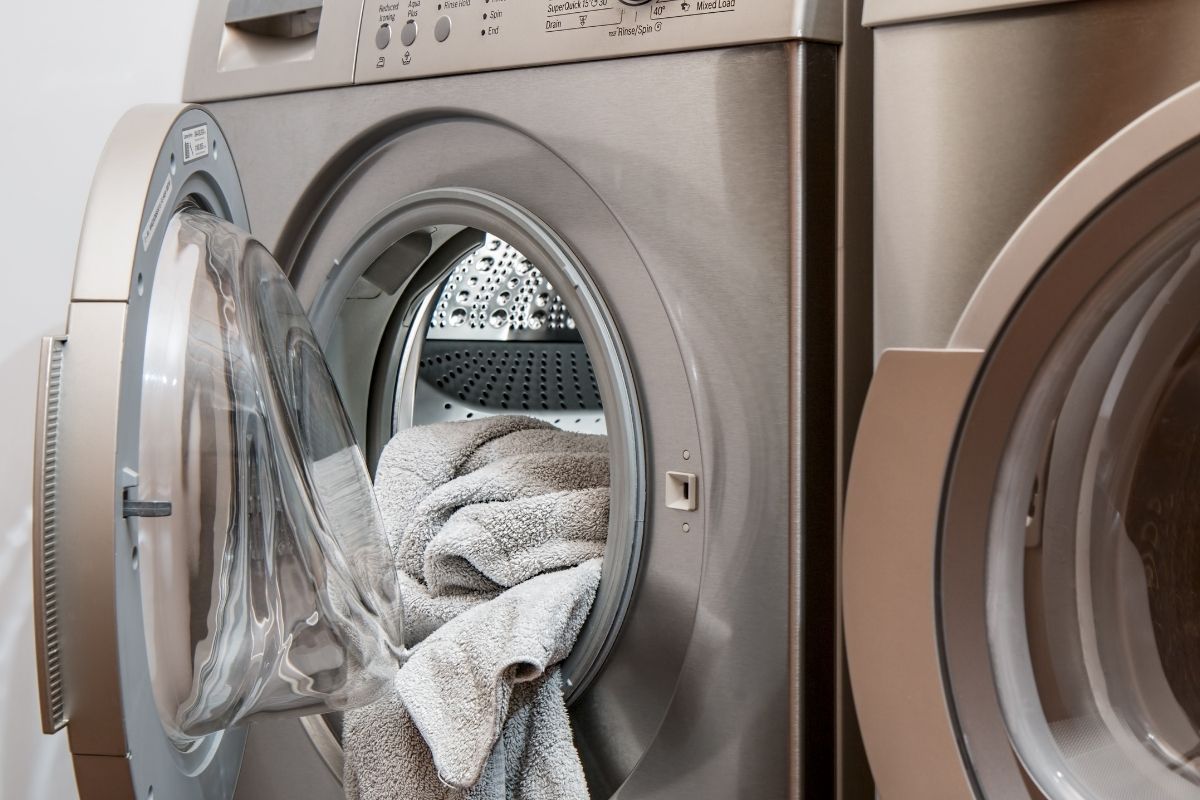 What do you do when your Whirlpool duet dryer stops running? What if it runs, but it doesn’t dry, or it takes too long? You have to diagnose the appliance using the error codes the manufacturer has programmed into the dryer.

A blown thermal fuse can cause the dryer cycle light to flash. It will also prevent the dryer from starting.

If this process is new to you, this video will show you how to ohm test the fuse.

One of the most common causes of flashing lights is a bad control board. Control boards are complicated. Some of them misbehave because of poor wiring or loose connections. With others, the wires are worn out.

In many cases, the control board can’t be salvaged. You have to replace it. But unless you have the tools and experience to diagnose the component, you are better off leaving the dryer in the hands of a technician.

A technician may conclude that the flashing light is perfectly innocuous. For instance, the Whirlpool help page says that the check lint indicator light will flash to remind you to clean the lint screen before you add another load.

Though, some modern whirlpool models do not have lint screen indicator lights, which is why it is essential to consult a professional. They can confirm the problem before you waste your money on costly but unnecessary repairs and replacements.

If every single light is flashing, the most obvious culprit is the control board. You can check the thermal fuse and three-terminal switch.

You can also check the error code on the screen to see if it can illuminate the issue.

The error code on the display may point you in the direction of the factors causing all the lights to flash.

For instance, if ‘PF’ is flashing, a power failure occurred. This happened while the dryer was running.

If ‘F-01’ is flashing, the primary control has failed. ‘F-02’ flashes when a button is stuck. It can also occur as a result of a user interface mismatch. ‘F-22’ flashes when the thermistor is open.

If the thermistor shorts, ‘F-23’ will flash. Along with ‘F-26’ (Motor Drive System Failure), ‘F-28’ (Open Moisture Sensor), and ‘F-29’ (Moisture Sensor Strip Has Shorted), you can see that the codes simplify the process of identifying the fault.

Get a multimeter and check the thermal fuse. A bad thermal fuse will keep the dryer light on. Defective door switches and control boards can produce the same result.

How To Fix A Whirlpool Dryer That Won’t Turn Off?

Resetting the appliance can solve the problem. Turn the dryer off using the breaker. Wait five minutes and turn it back on. This will resolve electronic glitches

If the fuse has blown, you should replace it. Though, it is just as important to remedy the factors that caused the fuse to blow. That means inspecting the exhaust. Look for kinks and lint build-up. They can compromise the airflow.

If the control board is defective, you should replace it. Do the same for a bad door switch.

If the drum light refuses to turn off, the Whirlpool help page has an easy fix. They want you to hold down the ‘Timed Dry’ button for three seconds before holding down the ‘Drum Light’ button until the light goes off.

Why Does My Whirlpool Duet Dryer Keep Shutting Off?

Whirlpool duet dryers are susceptible to electrical problems that can result in a short-run cycle. Use a voltage meter to check the timer switch and other electrical components. Make sure these electrical opponents have access to suitable volumes of electricity. A voltage meter can determine whether or not these components are defective.

The thermal fuse protects against fires in the event of a spike in the temperature. A defective thermal fuse can force the dryer to shut down shortly after you start it.

If the vent pipe is clogged by lint, the restriction of airflow can result in overheating, which, in turn, can force the dryer to shut down prematurely.

The dryer cannot run unless the latch on the door is secure. If the lid switch doesn’t latch because of a defect, the dryer will refuse to start, or it will shut down a few seconds after it starts. Press the latch on the interior frame with your finger. If the component is still functional, it should make a clicking sound.

A damaged power cord can interfere with the flow of electricity, forcing the appliance to shut down because it doesn’t have the current it needs to operate optimally. If the power cord is fine, make sure it is securely plugged into the outlet. A loose connection can cause the same problem.

If the dryer isn’t working and the cycle light is flashing, broken belts and worn idler pulleys (which prevents the drum from rotating), burned out motor (Turn it manually to see if the motor is very stiff), obstructions in the blower fan housing, and a defective door switch. You can also check the thermistor and thermal fuse.

The control lock prevents children from tampering with the dryer. But some people forget that they have to hold the ‘Control Lock/Unlock’ button down for three seconds to deactivate the feature. If your controls have refused to respond, something shorted the control (Voltage spike, mouse, etc.)

If the sensing light keeps flashing, the dryer is most likely stuck on sensing. It is due to

The check vent light is supposed to illuminate when the airflow is restricted. Therefore, if this light keeps coming on, the dryer’s airflow has been hindered by an obstruction, crushed vent, or items near the front of the dryer.

Whirlpool Duet Dryer No Lights – Why?

The most common cause of this phenomenon is a dead breaker or a blown thermal fuse.

If the appliance can’t get enough electricity, it won’t work. Many people have blamed similar symptoms on a bad control board.

Don’t replace any of these components until you consult a technician. Let a professional confirm that these parts are irreparable before you get new ones.

Your best option is to replace every defective component. But you shouldn’t replace the breakers until you attempt to switch them on. For all you know, the dryer refused to start because the breakers were off.