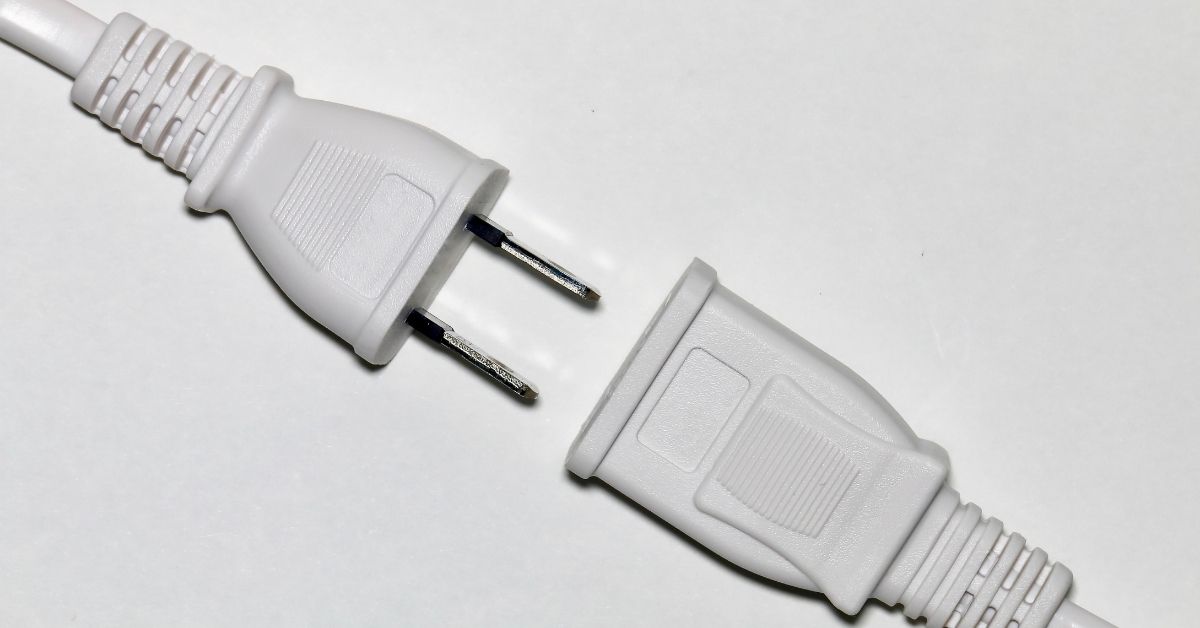 Can You Plug TV Into Extension Cord?

But at the end of the day, if you want to use an extension cord to operate your TV, no one will stop you.

Is It Safe To Plug TV Into An Extension Cord?

What Gauge Extension Cord Is Best For TV?

To operate a television set, you need a medium-duty extension cord ranging from 16 to 12 AWG.

The length of the cord matters. A long cord has more resistance than a short cord. As such, to compensate for the resistance, longer cords require a higher gauge.

Should I Plug My TV Into A Power Strip?

You shouldn’t plug any devices into a power strip if you don’t have to. If you don’t have enough wall outlets, you are better off hiring a professional to install additional outlets that will make power strips and extension cords unnecessary.

But if you don’t have a choice, you can plug a TV into a power strip without suffering any consequences. Just make sure you don’t overload the power strip by attaching heavy-duty items.

How To Use TV With An Extension Cord?

A lot of fires start because someone used a damaged extension cord. Check for burn marks and tears. If you don’t trust the look of an extension cord, get a replacement. They are inexpensive.

Keep the extension cord away from areas where people may step on or trip over it. You should also remove any objects that are covering it. That includes carpets.

If you want to avoid all the accidents that professional electricians mention whenever they warn people against the use of extension cords, you have to get a high-quality extension cord, one that can stand the test of time. Some of the best extension cords on the market include:

This is a heavy-duty extension cord with female-to-male connectors and double insulated conductors. One of the extension cord’s most impressive elements is the outer SJTW vinyl jacket that is resistant to cracking and breaking. It will survive temperatures of -35 degrees Fahrenheit.

Some people hate the bright yellow color but it has a practical use. The color makes the extension cord easier to see. The item comes with a lifetime limited warranty.

This 16-gauge extension cord is attractive because you can use it inside and outside. The 3-prong item uses a vinyl jacket to protect the conductors on the inside from moisture and sunlight. The cover is also abrasion-resistant.

The extension cord is 15 feet long. It has a rating of 13 Amps (1625 Watts, 125 VAC). You don’t have to limit the item to the TV. Because it is strong enough to survive exterior conditions, you can use it to run your snow removal equipment.

You can use this 3-prong extension cord to run everything from TV sets to computers, speakers, and LED monitors, to mention but a few. Designed for indoor purposes, the 16 AWG item has a rating of 13 Amps.

Boasting a grounded power plug (NEMA 15-5-P) and a female connector (NEMA 5-15R), you can use the extension cord over long distances. The UL safety-certified product comes with a warranty.

This is an impressive power strip that has a surge rating of 4000 joules. It has 12 AC outlets and three USB ports. The cord is six feet long, which should be enough for anyone that wants to operate their TV as well as all the other home entertainment devices in the vicinity.

The USB ports have been optimized to charge USB devices at a faster rate, saving consumers up to an hour of charging time. The rubber coating is thick enough to protect the conductors on the inside. It also features a flame-retardant casing that enhances the power strip’s durability.

The Manufacturers have included a $300,000 connected equipment warranty. The 4000-joule surge rating suggests that you have nothing to worry about. But if the surge protection fails to defend against surges and spikes, you can use the warranty to evade the cost of repairing or replacing your TV.