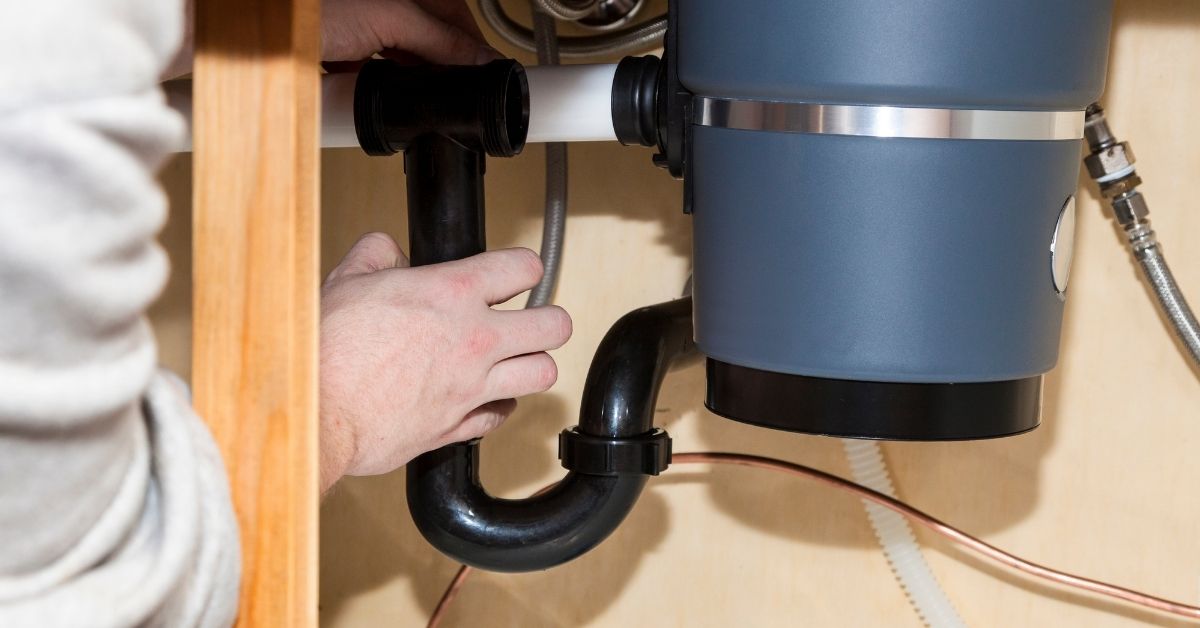 Garbage disposals are normally found in the kitchen. Because the NEC expects homeowners to add GFCI technology to kitchen outlets, many homeowners cannot help but wonder whether that rule applies to garbage disposals. People that have read the NEC will tell you that GFCI outlets are not necessary. But should you consider installing them all the same?

Does A Garbage Disposal Need A GFCI?

A GFCI outlet responds to ground faults. It shuts the power in the outlet off whenever the current veers off its intended path to flow through a different conductor such as the human body. GFCI outlets are a good idea if you expect the outlet serving the garbage disposal to come into contact with water.

However, if that isn’t a concern for you, you can just ignore GFCIs.

People use GFCIs in the kitchen because they protect the people in the vicinity from harm whenever water comes into contact with a kitchen outlet.

Why Do I Need A GFCI For Garbage Disposal?

GFCI outlets prevent fires and electrocutions by shutting down whenever a ground fault occurs. If water keeps touching your outlets, and you worry that it could result in a ground fault down the line, GFCI protection will put your mind at ease.

The NEC doesn’t expect the outlets serving garbage disposals to use GFCI protection. However, clause 210.8A expects homeowners to add GFCI protection to all receptacles within 6 feet of a sink.

If the outlets serving your garbage disposal fit that criteria, you should think about adding GFCI protection. Though, many people argue that clause 210.8A doesn’t apply to garbage disposals.

What If I Don’t Use GFCI For Garbage Disposal?

How To Wire A GFCI Outlet For Garbage Disposal?

If you have decided to install a GFCI outlet instead of an ordinary outlet, this is what you should do:

1). Start by adding an electrical box to the wall under the sink. The box should be close enough for the garbage disposal’s power cord to reach it.

2). Get an appropriate cable (12 gauge, 2-conductor). Run the cable through a metal conduit before connecting the conduit to the box.

3). Use a voltage tester to ensure that the power is off. If it isn’t, switch it off at the service panel.

4). Pull ten inches of cable out of the box and strip off the sheathing at the end (Roughly six inches).

5). Separate the wires before removing half an inch of plastic from the black and white wires.

7). At this point, it is a simple matter of screwing the outlet and its cover plate back into place.

Does A Garbage Disposal Need A Dedicated Circuit?

Garbage disposals use a lot of power to grind and crush food waste. For that reason, it is safer to place them on a dedicated circuit. Though, garbage disposals can safely share a circuit with dishwashers.

What Kind of Outlet Do I Need For A Garbage Disposal?

You need a 120V outlet installed under the sink. You can use a 120V GFCI outlet if you think it is necessary.

How Many Amps Does A Garbage Disposal Use?

The figure normally falls somewhere between five and eight amps. However, some garbage disposals only use three amps. Others will exceed eight amps. Check the label. It will tell you the rating of your model.

Where Should I Install GFCI For a Garbage Disposal?

The NEC expects homeowners to add GFCI protection to outlets in kitchens that serve countertops. But it doesn’t have anything to say about outlets that serve garbage disposals. They are normally found under the sink. You don’t have to add GFCI to these outlets unless your local code says otherwise.

Where the installation of garbage disposal is concerned, you should use a 14/2 cable and a dedicated 15-amp circuit.

Why Does My Garbage Disposal Trip The GFCI Outlet?

You can cause GFCI outlets to trip by overloading them. This can happen when you attach too many heavy-duty appliances and devices. If this isn’t the problem, the garbage disposal’s power cord is probably damaged or defective.

Try plugging a different appliance into the GFCI outlet. If the GFCI outlet doesn’t trip, you can confidently conclude that the garbage disposal is the problem, especially if the GFCI outlet was wired properly and it doesn’t have any moisture or conductive debris.  Shredding plate can also be another potential cause. Apparently, it can either jam or wear out.

How Do You Fix A Garbage Disposal Outlet That Keeps Tripping?

Can A Garbage Disposal and Dishwasher Be On The Same Circuit?

Unless your local code says otherwise, you can place a dishwasher and garbage disposal on the same circuit. But you are encouraged to use a 20-amp circuit. Make sure the combined load of both appliances doesn’t exceed 20 amps.

Is a GFCI Required For A Dishwasher?

Dishwashers are normally installed in places that expose their outlets to water, thus they require GFCI protection.

Changes have been made to the NEC to include dishwashers in the list of appliances that require GFCI protection. Therefore, if you have a dishwasher, unless your local code says otherwise, you should pair it with GFCI protection.

How To Install GFCI For Dishwasher?

1). Turn the power to the old outlet off before you proceed. Use a tester to ensure that the current is no longer flowing through the outlet.

2). Remove the cover plate and take the outlet out of the box.

3). If you have an ordinary outlet, it should have 3 lines connected to it. Disconnect these wires. Start with the hot wire followed by the neutral and ground wires.

Can You Plug A Dishwasher Into A Regular Outlet?

Most homes use ordinary 120V outlets. A dishwasher can use a regular 120V outlet to do its work.

Do You Need A Dedicated Circuit For A Dishwasher?

A dishwasher requires a dedicated circuit (120/125V). This is because the appliance consumes a lot of power. The best dishwashers have an inbuilt heater that warms the incoming water, allowing it to reach the high temperatures required to kill germs.

If your dishwasher uses a feature that dries your plates and cups with hot air, it will consume even more power. This is why it is encouraged to use 14/2 NM or 12/2 NM wire with a ground. You need thick wires that can safely carry all the current a dishwasher uses.

Where Should I Install GFCI For A Dishwasher?

The GFCI outlet has to be within reach of the dishwasher’s power cord. It is worth noting that a GFCI outlet can be wired in a way that provides GFCI protection to all the outlets downstream. In other words, you don’t have to plug the dishwasher into the outlet that has the GFCI receptacle.

Any receptacle downstream will do so long as it is within reach. It doesn’t matter if that outlet is above the dishwasher, below, or next to it.

Why Does My Dishwasher Keep Tripping My GFCI?

The dishwasher can cause the GFCI to trip for any number of reasons.

How To Fix Dishwasher That Keeps Tripping?

The solution to incessant tripping in the GFCI will depend on the cause of the tripping. For instance:

1). If the heating element is damaged, your only option is to get another one. Use the manufacturer’s website to find a suitable replacement.

2). If you have some experience with dishwashers, open the appliance and tighten the loose connections. If you don’t know what you’re doing, hire an expert.

3). If the boards are damaged, replace them. This also applies to a damaged transient voltage suppression diode.

4). If the wash pump is leaking, replace it. As you can see, the solution in all these cases is to replace the damaged components.