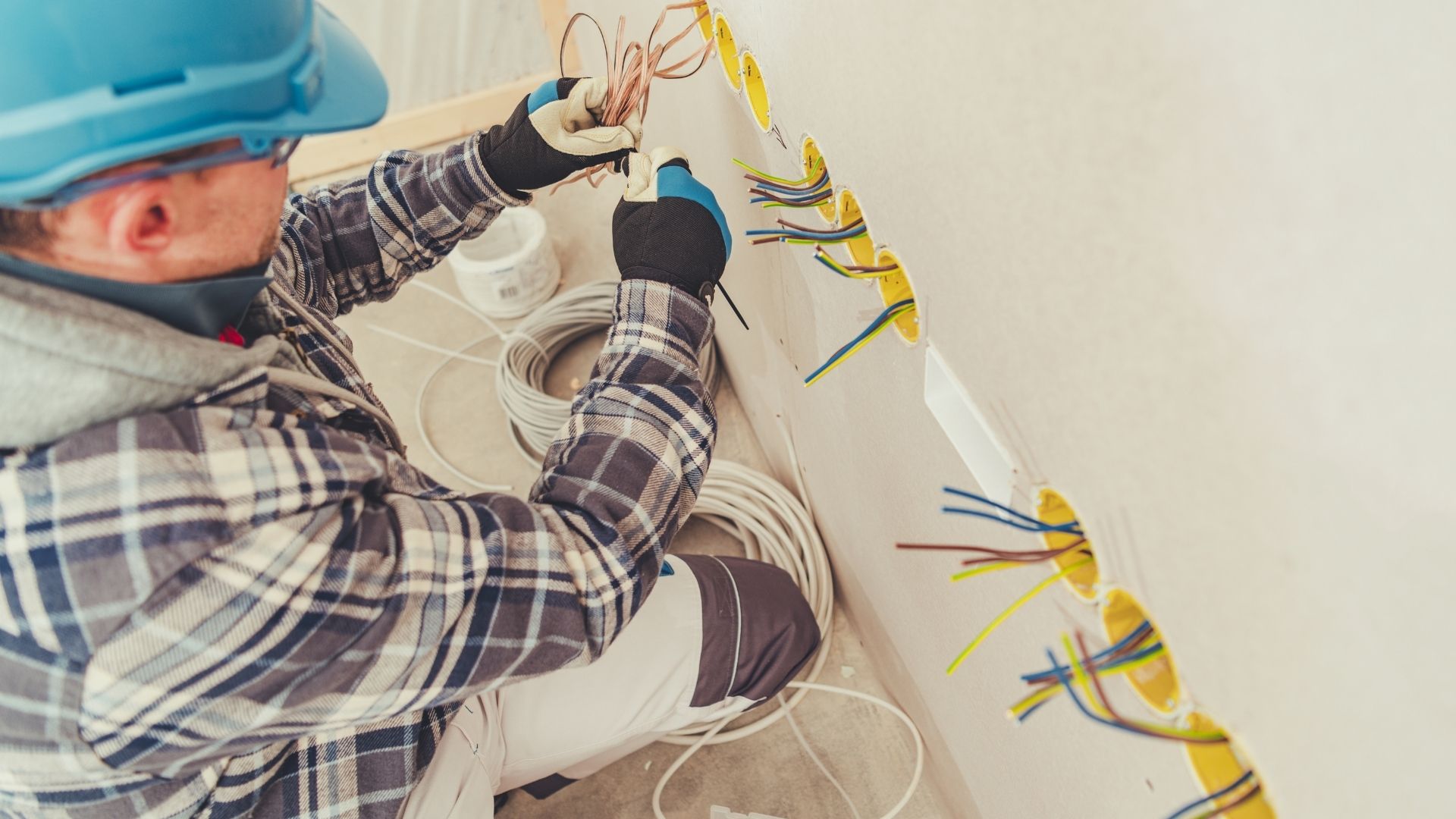 Breakers defend the circuit from overloads. When the current exceeds the breaker’s capacity, the breaker trips and stops the flow of current before it can destroy the wires. Therefore, you must pay close attention to the number of outlets on a circuit. If you don’t, you may accidentally overload the circuit.

How Many Outlets On A 30 Amp Breaker?

You can put 16 outlets on a 30 amp breaker. However, you are probably better off adding one or two outlets to a 30A circuit. The importance of using one or two 30A outlets is that they operate heavy-duty equipment, multiple outlets create opportunities for homeowners to overwhelm and overload the circuit.

Residential settings use 15A and 20A circuits. You can operate most household items using a 15A or 20A circuit. You probably don’t need a 30A circuit. These outlets run heavy-duty appliances such as heaters.

They have a unique 3 – 4 gang design that sets them apart. The outlet’s configuration will match the design of the 30A appliance plug.

If the plug cannot enter the 30A outlet, you don’t need a 30A circuit.

Talk to an electrician before using a double pole 30A breaker. Some homeowners do not have the skill or experience to work with double pole breakers.

How To Determine The Number of Outlets On The 30 Amp Breaker?

Believe it or not, the number of outlets doesn’t matter. Your biggest concern is the appliances. On their own, outlets are useless. They don’t do anything. This is why you can add as many as you want to the circuit.

Outlets cannot draw electricity until you connect an appliance to the slots. Therefore, rather than calculating the number of outlets you can add to the circuit, identify the total wattage of the devices you want to use.

You have 30 amps at your disposal. If the total wattage exceeds 30 amps, you have a problem. The devices will overload the circuit if you use them simultaneously. You could argue that using fewer outlets reduces the chances of an overload.

After all, if you don’t have enough outlets, you cannot use all the appliances simultaneously. This is where many homeowners go wrong. They know that one device is unlikely to overwhelm a 30A circuit.

They don’t realize that multiple devices running simultaneously can easily start a fire. In that regard, reducing the number of outlets discourages consumers from running too many appliances at the same time.

However, homeowners have the option of using extension cords and power strips. Therefore, limiting the number of outlets does not necessarily protect the circuit.

The NEC doesn’t have much to say about this issue. The NEC is primarily concerned about the capacity of the breaker.

You cannot use a breaker’s entire capacity. You have to stay below the 80 percent mark. Using that regulation, you can estimate the appropriate number of outlets for the circuit.

But this is common sense as opposed to a hard rule the NEC has imposed. Their regulations do not say anything about the maximum number of receptacles you can place on a circuit.

Common sense will also encourage you to spread the load among multiple circuits. This reduces the probability of an overload. You can place outlets and lights on the same circuit because they don’t use that much power.

But you should place heavier items like HVACs and heaters on separate circuits. Technically speaking, this will compel you to install more outlets.

If you have multiple circuits, you can operate all your appliances simultaneously without overloading any one circuit. But again, a larger collection of outlets may tempt consumers to connect more devices.

You need to take a balanced approach. You can’t install too many outlets or too few. Fewer outlets sound like a godsend, but they will only encourage consumers to use extension cords, which is problematic because extension cords and power strips are dangerous.

What Happens If I Put More Outlets In 30 Amp Breakers?

Believe it or not, you can’t have too many outlets. It sounds ridiculous because outlets are electric devices. Therefore, an excess number of outlets should pose some sort of threat.

However, on their own, receptacles do not use electricity. They simply exist. These devices will only draw a current when you connect an appliance. Therefore, you could add a hundred outlets to the same circuit, and it wouldn’t make a difference.

Outlets only present a risk when you connect heavy-duty appliances to them. If the equipment connected to the 30A circuit exceeds the rating of the wires, the breaker will trip, or you will destroy the wires.

But this can happen even with a small number of receptacles. A single appliance can overwhelm a 30A circuit if the electrical draw exceeds 30 amps. You can also use power strips and extensions to overload the circuit.

Things To Consider Before Adding Outlets

This question matters more than people think. If you want to install outlets in kitchens, laundry rooms, and other damp locations, your outlets require GFCI protection.

It is also worth noting that the NEC has rules governing the placement of outlets in and around kitchen counters. You have to take all these factors and more into account before adding outlets to a kitchen.

Accessibility is vital. Extension cords are dangerous. They have a reputation for starting fires. But people use them because they don’t have enough receptacles in the vicinity or the available outlets are too far away.

Therefore, the level of accessibility required will influence the number of outlets. Larger rooms need more outlets than their smaller counterparts.

Many people hate the idea of attaching devices with motors to GFCIs because they cause nuisance tripping.

Additionally, it has become quite common for homeowners to install one outlet on dedicated circuits. They don’t want the inhabitants of their homes to overload the circuit by connecting additional appliances accidentally.

Therefore, the type of appliance will affect the number of outlets you will install because it determines whether or not you need a dedicated circuit.

You can place a 20A outlet on a 30A circuit. Ultimately, the wire size matches the breaker size, and the breaker is primarily concerned with the current the conductors are carrying.

It doesn’t care about the outlets or appliances connected to those wires. Therefore, you don’t lose anything by attaching a 20A receptacle to a 30A circuit.

Your primary concern should be the amount of current running through the wires. You cannot connect a 40A appliance to a 30A circuit. You will cause an overload.