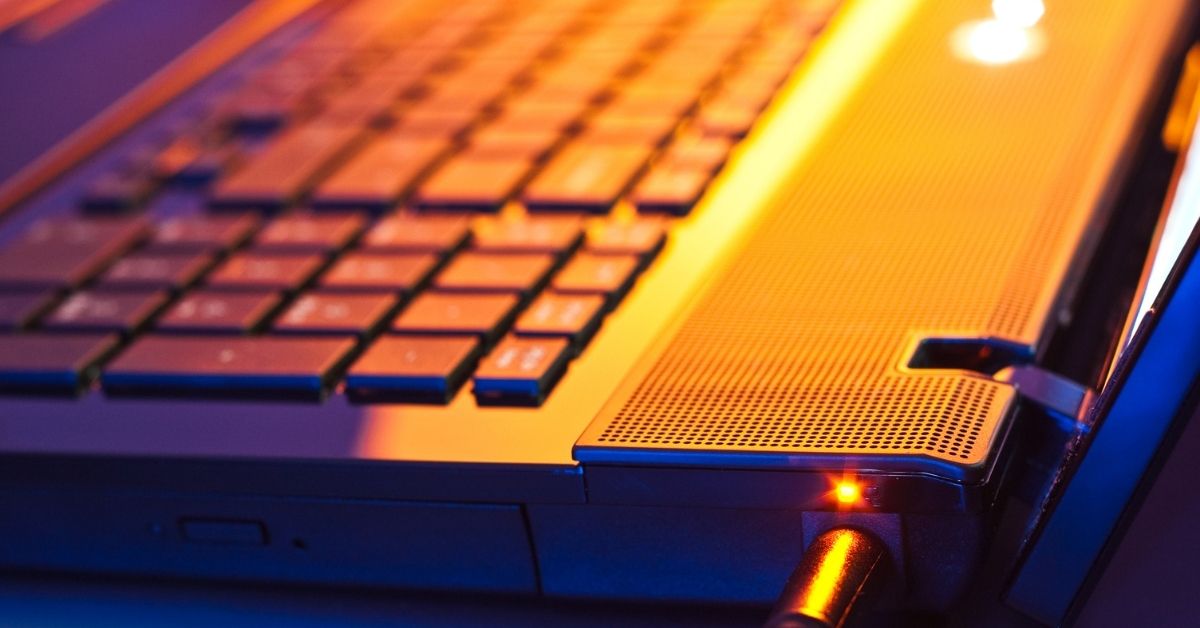 A lot of people treat laptops like desktops, that is to say, they keep the machines plugged in at all times. But is that a good idea? What if the battery is depleted?

Is It Okay To Charge My Laptop While Using It?

Using a laptop while it is charging only becomes problematic when it is prolonged. This is because the practice exerts a lot of stress on the battery, causing its lifespan to diminish in the process.

But I won’t necessarily discourage people from using their laptops while charging them. At the end of the day, I understand that some people cannot afford to wait for a laptop to charge fully before they use it. I also need to admit that the harm caused by this practice is minimal.

It is also worth noting that people who ask about the dangers of using a laptop while charging are not always talking about the same thing. Some people want to know whether or not they can use a laptop whose battery was depleted.

Once the battery’s charge falls below a certain threshold, you can charge it once more. These technicians are convinced that leaving the laptop plugged in even when it is full is dangerous because it stresses the battery.

Technicians that have denounced the practice of using a laptop that is plugged in even though it is fully charged believe that the batteries of those laptops will suffer because you are forcing them to keep charging even though they are full.

However, that problem is only present in older, dumber laptops. These days, a fully charged battery won’t continue charging simply because the laptop is still plugged in. Once the battery reaches 100 percent, a modern laptop will start drawing its power directly from the adapter.

It doesn’t rely on the battery during these instances. The adapter may top up the battery from time to time, especially when it falls below 95 percent. But if the battery is at 100 percent, it is not continuously charging. Therefore, using a fully charged laptop that is still plugged in does not exert quite as much stress on the battery as some people think.

Can I Use Heavy Software Or Play Games While Charging?

You should never play video games on battery power because the performance of a machine that is running on its battery will drop. The battery won’t last as long either. If you keep pausing your gaming sessions every hour to charge the battery, the frequent charge/discharge cycles will cause the battery to degrade at a rapid rate.

If you want to play video games, particularly the kind that relies on powerful graphics cards, you should plug the laptop in. A laptop that is using power directly from the adapter will perform better without degrading the battery.

Laptops are powerful machines that can perform multiple tasks at the same time without suffering any significant wear and tear. As such, you don’t have to worry about playing games or using heavy software while charging.

Heavy software or playing games while charging is not only a problem in laptops but also where smaller devices like phones and tablets are concerned. This is because smartphones and tablets were not designed to perform intensive operations continuously.

What Happens When I Use A Laptop While Charging?

If the battery was depleted, it will keep charging even when you’re using it. Once the battery charges fully, the laptop will start drawing power directly from the adapter. It will only use the charge in the battery when you remove its plug from the wall outlet.

Do not allow the battery to discharge completely.

If the battery cannot charge when you’re using it, then it has a problem. Either the battery is defective or the adapter is damaged.

But if you’re still worried, keep the battery cool by placing the laptop in a well-ventilated location. Some people will go so far as to take a fully charged battery out. They will operate the laptop using the power from the adapter, only reinstalling the battery once they have shut the laptop off.

Why Is It Bad To Charge My Laptop While Using It?

If you have a genuine adapter with a rating that matches the wattage of the battery, you can use the laptop while charging it. The adapter will simultaneously charge the battery and power the operations of the laptop. In that regard, using a laptop you are charging isn’t necessarily a bad thing.

From what small business has seen, it only becomes a problem if you are running heavy applications like video games. You can still use the laptop while charging it in these circumstances. However, the machine is more likely to overheat.

Excessive heat can harm the battery, causing it to deteriorate. But you can minimize the damage by keeping the laptop in a ventilated area and using external fans. Though, at the end of the day, modern laptops and adapters are powerful enough that you can use them and charge the battery at the same time without causing any harm.

I believe that you are better off charging the battery to 100 percent and then using it. But even if you decide to use it while charging, the battery won’t die right away. You may reduce the battery’s lifespan in the long run but you don’t have to worry about immediate consequences.

Does Charging Your Laptop While Using It Ruin Your Battery?

It doesn’t ruin your battery. Modern batteries can withstand this practice. But overheating is the main concern.

Windows Central says the same thing. They have noted that charging always produces heat. Any consumer whose laptop is currently charging can test this claim by placing their hand under the laptop. They will realize that the bottom of the computer is generating a lot more heat than normal.

But that shouldn’t concern you. That heat will only become a problem if the temperature continues to climb. If your battery is exposed to excessively high temperatures for long durations, it will deteriorate.

Don’t expect the battery to die immediately. Rather, its capacity will diminish slowly over the weeks and months. But if the heat coming off the laptop isn’t that high, you don’t have any reason to worry. The laptop can survive these conditions.

Can I Use My Laptop While Charging It Even When it Is Fully Charged?

You can use your laptop even when it is fully charged. Modern laptops have mechanisms that can tell that a battery is full. Once a battery reaches 100 percent, the computer will stop feeding it.

Some people think that a laptop that is always plugged in will continuously charge its battery. But that isn’t the case.

Once the battery is full, the adapter will start feeding power directly to the laptop rather than charging the battery. Therefore, you don’t lose anything by using a fully charged laptop that is still plugged in. You won’t damage the laptop or the battery.