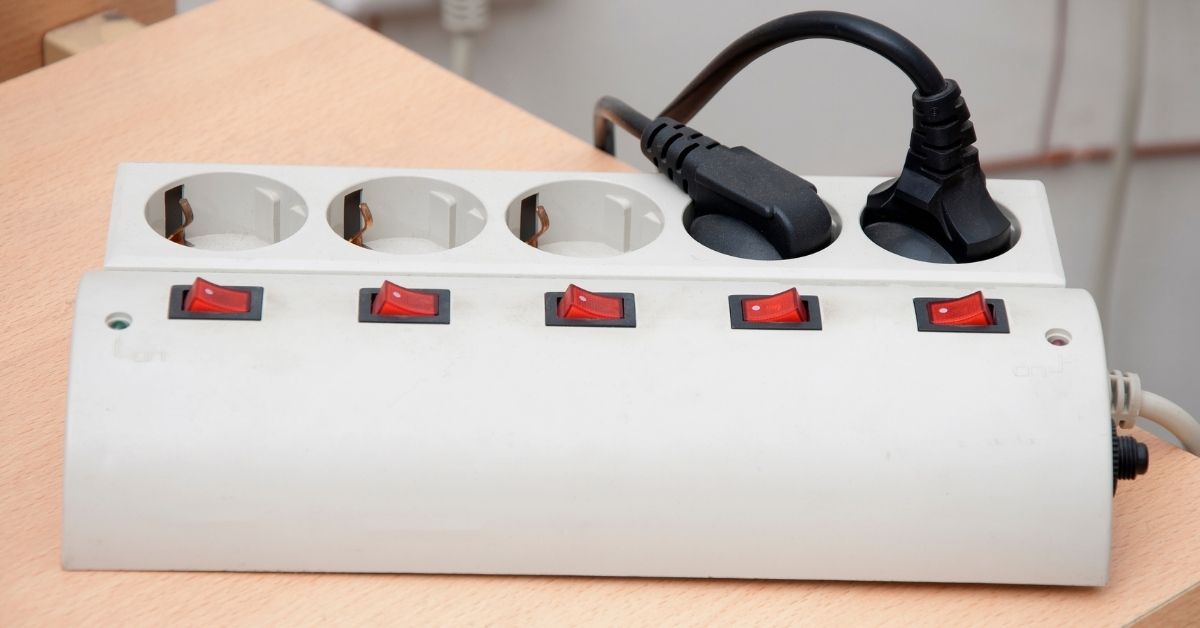 Surge protectors are not power strips. They are far superior. Surge protectors will keep your electronic devices safe by redirecting spikes and surges. But can you trust them to defend against every single surge? Can they fail? And if they do, what are you supposed to do?

5 Reasons Why Surge Protector Is Not Working

They are just as vulnerable to surges and spikes as any other electronic device. However, they are more durable.

A surge protector’s ability to protect your equipment is measured in joules.

For instance, if your surge protector has a rating of 1000 joules, if it encounters a surge worth 100 joules, you can expect the product’s surge protection to fall to 900 joules.

Some surge protectors will stop working altogether. Others will lose their surge protection. But you can still use them as ordinary power strips.

Some surge protectors won’t even let you know that their protective mechanisms have stopped working. Others will explode in a shower of sparks.

That includes freezers, dryers, portable air conditioners, and any other appliance that has frequent on-off cycles. Surge protectors are supposed to work with smaller appliances.

Heavy-duty devices will overload a conventional surge protector. This can lead to overheating. Overheating in an electronic device can result in a fire.

If your surge protector was hot to the touch before it stopped working, and if it had several heavy-duty appliances attached to its outlets, you can comfortably conclude that it was overloaded.

Again, it is important to remember that surge protectors have some of the same weaknesses as power strips.

Power strips can overheat if you deprive them of proper ventilation. For instance, if you place a power strip under a rug, it could overheat.

Like any device, physical damage can compromise a surge protector’s functions. For instance, a fall from a great height could loosen the connections and wires in the surge protector, preventing it from working. The same thing can happen if you leave it in a location with a lot of human traffic. If people keep walking over the power cord, it will wear out.

How Do I Know if My Surge Protector Is Bad?

Of course, this method doesn’t work with every single surge protector. Some surge protectors do not have LEDs. But if you are lucky enough to own a surge protector with diagnostic LEDs, read the manual beforehand to find out what the LEDs mean.

As was noted earlier, some surge protectors will become ordinary power strips once their protective mechanisms stop working. Unless you check the LEDs, you won’t know that your surge protector has stopped defending your equipment.

If the surge protector feels hot to the touch, it has gone bad. You can expect a certain amount of warmth from a surge protector. But if it is too hot for you to touch, it is either defective, damaged, or at the end of its life. Either way, you need a new one.

The smell of burnt plastic is just as concerning as burn marks. It is a sign of overheating, shorting, and arcing. If the surge protector in question isn’t dead yet, it won’t survive for much longer. If it does, the surge protector could become a threat to you and your property.

How To Repair A Surge Protector?

Even if you could repair a damaged surge protector, you would never trust it to protect your equipment. If you want peace of mind, get a new one. Abandon the idea of repairing the old one.

Can A Surge Protector Fail?

Yes, surge protectors can fail. Surge protectors have a finite lifespan. At some point, they will wear out. They will stop working, regardless of how well you care for them.

The lifespan of Surge Protector

You can lose a new surge protector in an hour if it receives a powerful surge. For instance, if your surge protector has a rating of 1000 joules and it takes a 1000-joule hit, it will die instantly. Therefore, you cannot predict the lifespan of a surge protector.

Of course, most electricians would discourage you from keeping a surge protector for that long. But surge protectors can remain in operation for many years.

To optimize the safety of your sensitive electronics, you should replace your surge protectors every two years. If your local grid is unstable, you have to replace the surge protector once a year.